Brighton have announced that two visiting supporters were arrested on suspicion of homophobic abuse during Sunday’s match with Wolves at the Amex Stadium.

The pair were ejected from the away section during the 2-2 draw and later arrested by Sussex Police outside the ground.

The incident was one of several cases of alleged homophobic abuse at top-flight matches during a week in which the Premier League has backed Stonewall’s Rainbow Laces campaign in support of gay, lesbian, bisexual or transgender people in sport. 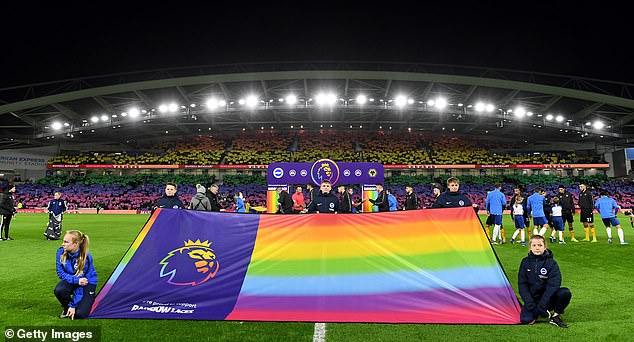 There was a huge display at Brighton on Sunday, in the Premier League’s Rainbow Laces week 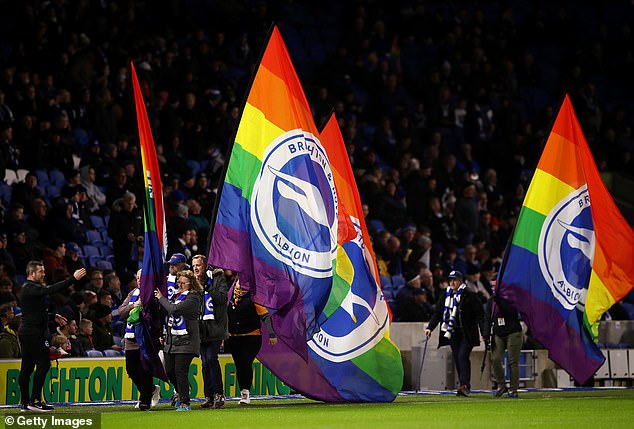 Brighton’s chief executive and deputy chairman Paul Barber told the club’s official website: ‘Prior to kick-off, we had a huge show of support for the Rainbow Laces campaign brilliantly backed by the vast majority of people inside the stadium.

‘Yet before the game is over, we are forced to deal with these two individuals, who think it’s okay to behave in this way.

‘Working with Sussex Police, I’m pleased to report that once again our staff were able to take swift action, which hopefully will increase the chances of a conviction. We simply won’t stand for it at the Amex.’ 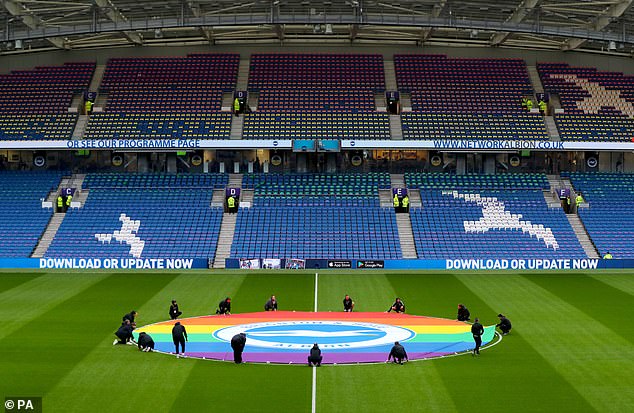 Wolves have also confirmed they will be supporting Sussex Police’s investigation into the incident and say they strongly condemn any form of discrimination.

A club statement said: ‘There is no room in football or society for discrimination of any kind, and the club strongly condemns such behaviour.

‘Our ethos at Wolves is about being “One Pack” – an attitude our supporters are very passionate about and that extends to our relationships across the football community, regardless of rivalries on the pitch.’ 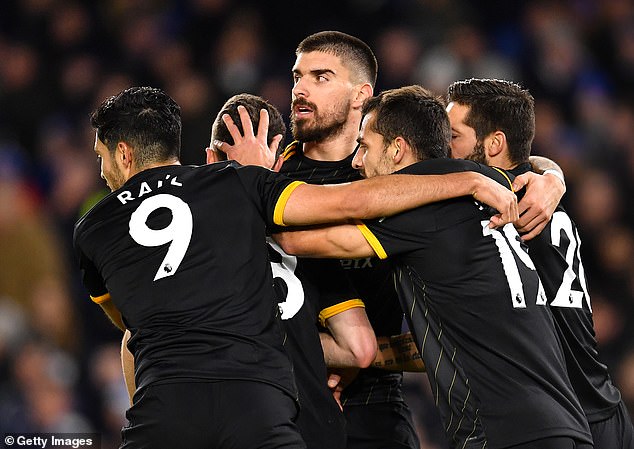 Wolves went ahead at the Amex, then came from a goal down to salvage a point

The Rainbow Laces campaign triggered former Liverpool captain and Sky Sports pundit Graeme Souness to speak out on his views of homophobia in football, and Souness revealed he attended Brighton Pride.

Speaking on Super Sunday, he said: ‘I came from a generation in football where it was extremely homophobic, the banter in the dressing room.

‘I think the PFA and Premier League have to look at themselves. 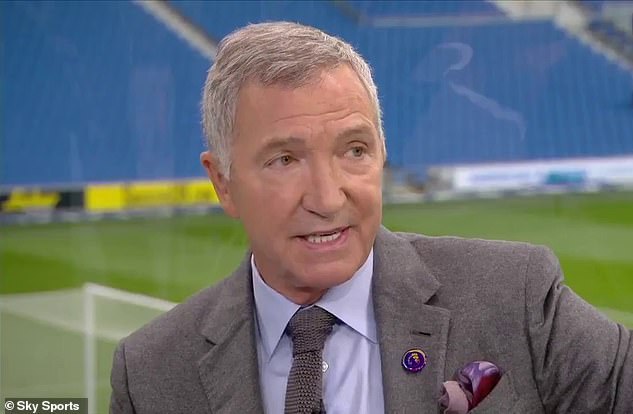 ‘You ask the question: “why has no one ever come out?” I don’t think football has created an environment where anyone would feel comfortable and confident about saying “I am gay.”‘

‘There must be gay and bisexual players playing in the Premier League, there has to be, but no one has felt comfortable enough to come out and say “this is me.”‘

He added: ‘But nine months ago I came and took part in a parade here (Brighton), and it was enlightening and I learned so much and it changed my attitude. 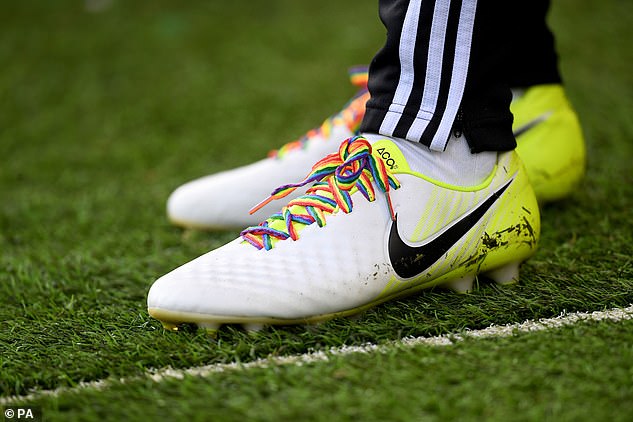 ‘It was a fabulous day, there were tens of thousands of people there and I found it extremely educational and it was a great day out.’

Monday’s announcement of the abuse in Brighton came after Everton launched an investigation on Sunday into reports of homophobic chanting aimed at Chelsea fans during the Toffees’ 3-1 victory at Goodison Park on Saturday.

Also on Sunday, a 41-year-old man was arrested on suspicion of a racially-aggravated public order offence following Saturday’s Manchester derby between City and United at the Etihad Stadium.

10 key questions as Premier League title race between Liverpool and...