‘We spend too much time on Deontay Wilder… he sold 7,000 f****** tickets’: Eddie Hearn rips into American as he confirms Anthony Joshua’s next fight will be in May against one of his mandatory challengers

Eddie Hearn has claimed that ‘no one gives a monkeys about Deontay Wilder‘ after comments by the American scathing Anthony Joshua.

Despite Joshua’s impressive performance, Wilder slammed the British boxer after the match in an interview with The Athletic, claiming that it was the American in fact who is the best boxer in the world. 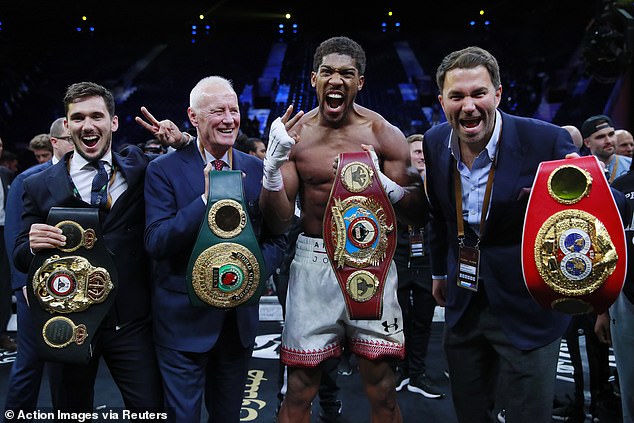 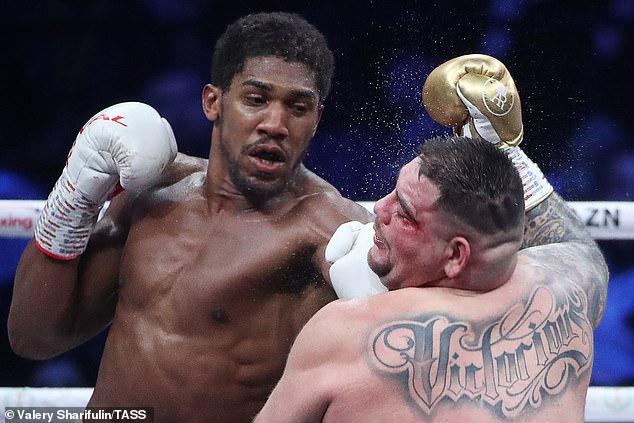 Asked about his comments on Youtube channel iFL TV, the boxing promoter said: ‘What after Joshua put on an absolute public exhibition and schooled the World Heavyweight Champion?

‘We spend too much energy and time on Deontay Wilder who in the whole grand scheme of things has just boxed in America at Las Vegas and sold 7,000 f****** tickets and done about 100,000 buys on pay per view.

‘No one gives a monkey about Deontay Wilder, I’m sorry but it’s true.’

Following Joshua’s night of redemption, sights have already turned to 2020 and who is next on his agenda.

During the interview Hearn confirmed that Joshua’s next fight would take place in May. 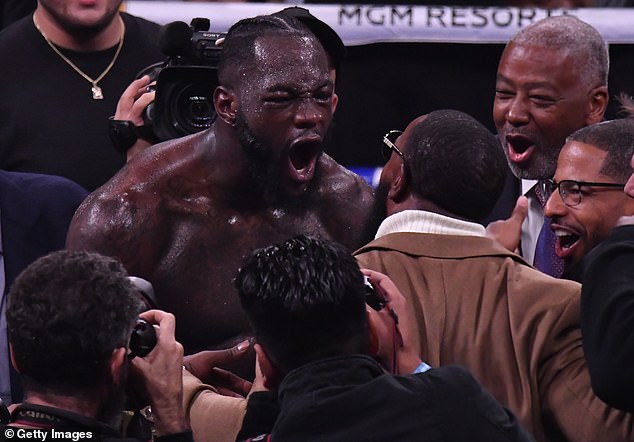 The likely opponents are either Kubrat Pulev – the mandatory challenger for the IBF title – or Olexsander Usyk who is the WBO challenger.

Hearn said that Joshua could look to do three fights next year against both of those opponents and potentially the winner of the Tyson Fury v Deontay Wilder rematch.

There is a serious threat that fight fans will not see the bouts that should define the era, though.  Fury has stated he only wants three more fights before finding new challenges in the UFC and WWE – while WBC champion Wilder has now revealed he does not see a fight with Joshua for all the belts ever happening.

He told The Athletic: ‘We’ll never see it, and I don’t want people to get their hopes up on it because it’ll never happen.

Masters final is halted after WHOOPEE CUSHION is planted in the...