Sheffield United take on Manchester United on Sunday holding the rare distinction of sitting above their opponents in the table.

The start to their first season in the Premier League has been a continuation of a three-year period of success under manager Chris Wilder.

Here, Sportsmail reveals how Wilder has achieved that success. 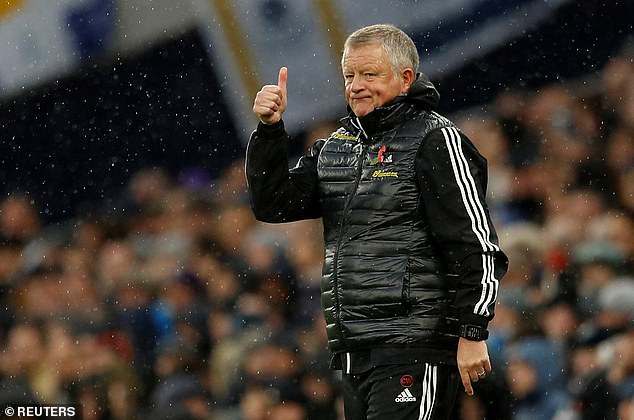 Wilder brought in 10 players for £43million over the summer, but in today’s market that represents an evolutionary rather a revolutionary change for a club promoted to the Premier League.

The vast majority of Sheffield United’s signings are low-maintenance squad players, with Wilder realising he would need to improve the quality of his bench and reserves if Sheffield United were to compete in the Premier League.

It is in keeping with what he has done each summer since taking over at Sheffield United in 2016 and is the tried and tested method of a man who has earned four promotions in the last 10 years.

Of his regular starting XI, nine are players who were with the club last season, including England Under 21 goalkeeper Dean Henderson, signed on loan from Manchester United for a second year. 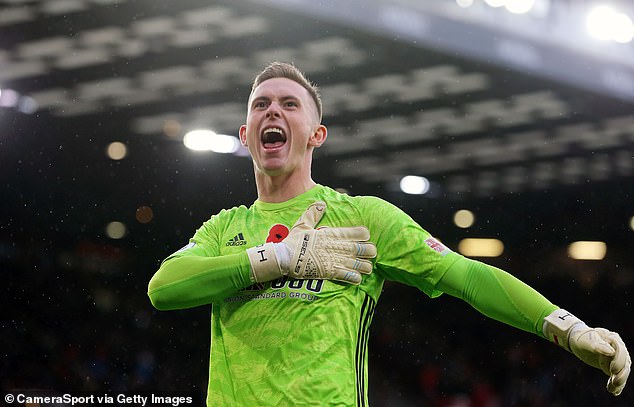 The major investment in the summer was up front, where Oli McBurnie, Lys Mousset and Callum Robinson came in for a combined £34m to compete with established frontmen David McGoldrick and Billy Sharp.

Elsewhere, it’s as you were, with Wilder relying on the men who got Sheffield United to the Premier League, several of whom helped get them to the Championship two years earlier.

Wilder has racked up nearly 1,000 matches in his managerial career and clearly knows what he is doing when it comes to building and improving a squad.

Each summer, he’ll get rid of anyone he deems not good enough for the step up and brings in players to work within the squad and system that has earned him success. 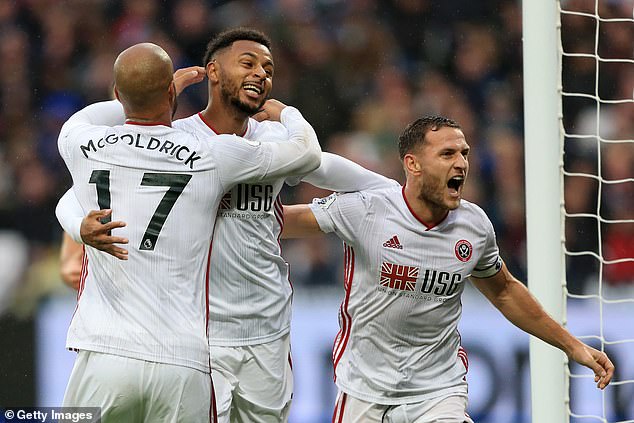 A disastrous start to his tenure at his boyhood club saw Wilder pick up just one point from his opening four League One matches in August 2016.

It was in the game after that, ironically against his former club Oxford, that everything changed and the way was paved for two promotions in three seasons.

Wilder switched to a back three that day and after winning 2-1, the club embarked on a 15-match unbeaten run. In fact, they would lose just three more matches all season as they cantered to the title, finishing on 100 points.

Without the ball, they pack the centre of the pitch and press hard, forcing the opposition wide and banking on the aerial ability of their three central defenders to deal with any balls into the box.

With the ball, Wilder has innovatively given his wide centre backs licence to burst forward and overlap – only one at a time, mind. The wing backs then push on into traditional winger positions and the midfield hold the fort.

The composition of the midfield and forwards has been tweaked slightly over the years. Wilder went from two sitting, two No 10s and a striker in League One, to one No 10 and two strikers in the Championship. He has adopted a more defensive set-up in the Premier League.

Midfield pivot Oliver Norwood sits in front of the three centre backs with the tenacious and energetic duo of John Fleck and John Lundstram either side of him.

The Premier League has a way of finding out new systems and it will be interesting to see how Wilder adapts if or when Sheffield United go on a bad run.

But they’ve been at it with variations of three-at-the-back for over three years now and you’d expect that to remain the case come what may. 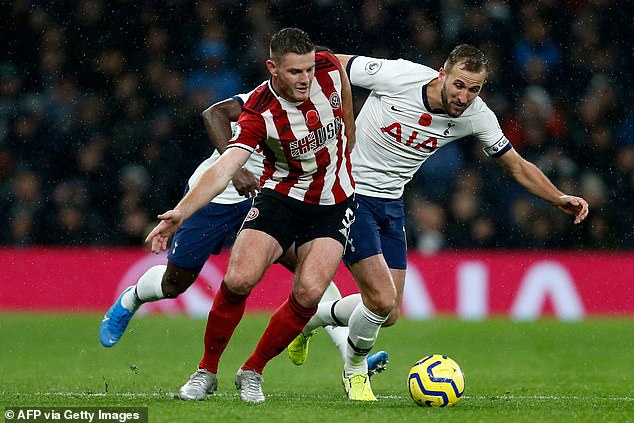 To younger fans of English football they may be a new name but Sheffield United are a well-supported club with a proud history.

A founder member of the Football League, they did not fall out of the top two tiers until 1979 – an 87-year run. Their six-year stint in League One from 2011 to 2017 was the worst period in the club’s history (they dropped into the fourth tier in 1981-82 but ultimately only spent five seasons out of the top two divisions in that period).

In short: Sheffield United are a big club, a sleeping giant whose fans had grown tired of watching manager after manager fail.

Wilder, who grew up a Sheffield United fan and still rides the bus around the city, has galvanised a club who had grown accustomed to failure.

For all the technical innovations, this is arguably his greatest success.

There’s no time for Gareth Southgate to rest as countdown to...