Barcelona are planning a double swoop for Chelsea winger Willian and Napoli midfielder Fabian Ruiz when their contracts expire this summer, according to Mundo Deportivo.

The pair have so far been unable to agree new contracts with their respective clubs, and will be free to move on for no transfer fee.

Willian, in particular, has been a long-term target for the Catalan giants although Chelsea are willing to offer the Brazilian a new two-year contract. 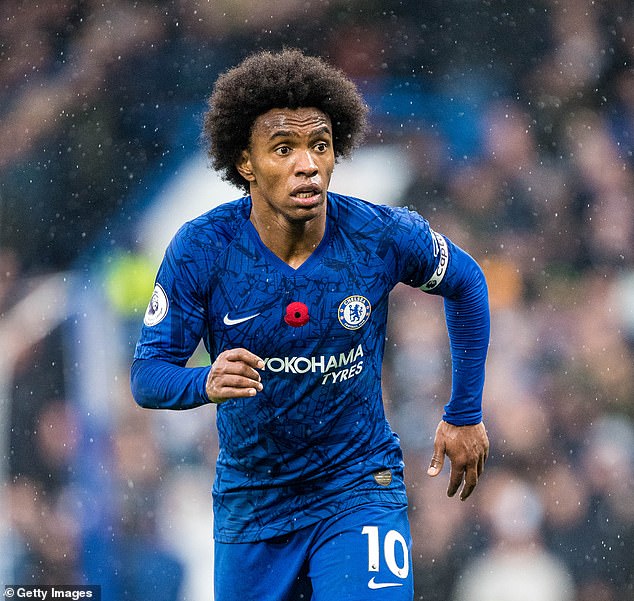 Barcelona have made several moves for the 31-year-old before, including a £50million bid in 2018, but had their advances rejected on each occasion.

On their longstanding interest, Willian said: ‘The only real official offer I had came from Barcelona, last year, after the World Cup.

‘Barcelona indeed presented an offer to Chelsea but it was rejected.

‘That was the only actual time I had to discuss something like this with my family, although we really love it here [London]. So there were several factors that helped us in staying.’

Willian has emerged as an important player for a youthful Chelsea team this season, inheriting the No 10 shirt from the departed Eden Hazard and earning praise from new boss Frank Lampard.

Serie A giants Juventus have also registered an interest in the attacker, and may also submit a contract offer when he becomes able to talk to foreign clubs on January 1. 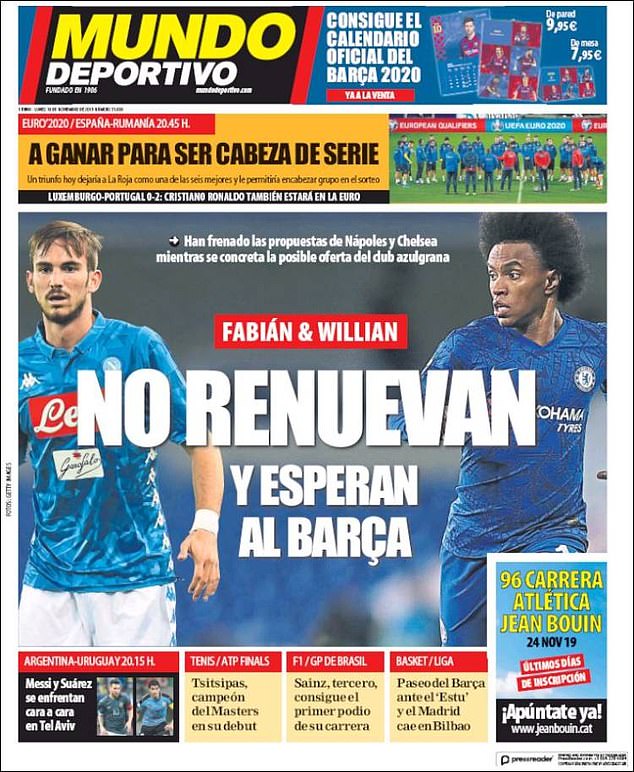 Ruiz may choose to leave Serie A and return to Spain in the wake of growing tensions at Napoli, with the club in crisis after internal disputes.

The 23-year-old has played for Napoli since leaving Real Betis in 2018, impressing with eight goals in 45 games and in the process earning international recognition for Spain.

Barcelona sent director of football Eric Abidal to scout the playmaker during Napoli’s 4-1 Serie A win at Lecce in September.

Although he scored, Abidal was reportedly left unimpressed by Ruiz’s provocative celebration following his goal.

Napoli chairman Aurelio De Laurentiis had been keen for Ruiz to sign a new deal until 2023 at the club with a release clause of £90m, but negotiations have stalled as internal conflict wages on in Naples. 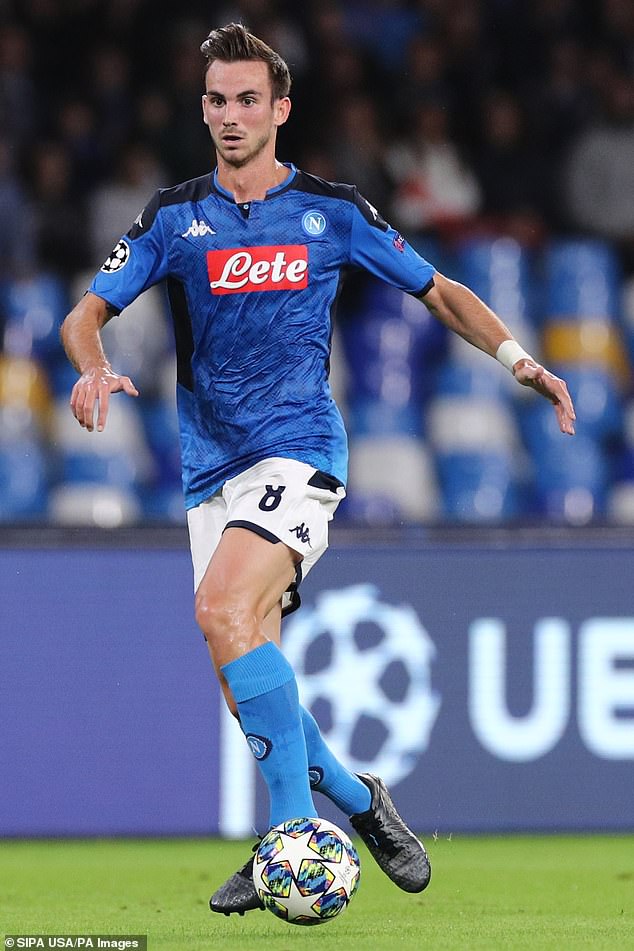 Bulgaria 0-6 England PLAYER RATINGS: Sterling was a constant menace but...