Manchester City are among a host of clubs considering a move for Dinamo Zagreb forward Dani Olmo, according to reports.

The Spaniard has caught the eye of plenty of clubs across Europe after a string of impressive performances for the Croatian champions.

And according to Italian publication Calciomercato, Premier League giants City are interested in acquiring the services of Olmo, along with AC Milan and Roma. However, the report also claims that Zagreb want at least £34million for the 21-year-old forward, who has already faced City in this season’s Champions League.

Olmo views it as the perfect time to seek a move to one of Europe’s top leagues after earning his first senior Spain call-up for their upcoming Euro 2020 qualifiers against Malta and Romania.

AC Milan have reportedly been following Olmo for a while now and have already started hatching a plan to secure his signature.

Meanwhile, Roma are considering the Spanish youngster as an option during next summer’s transfer window.

But both Serie A sides would struggle to fend off interest from Pep Guardiola’s City side, who would be able to make a higher offer. 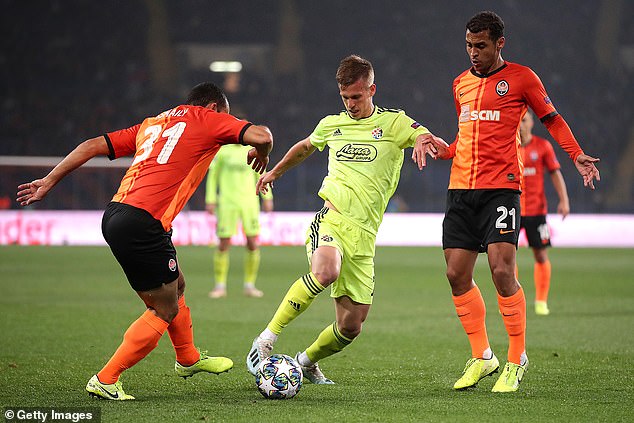 The Spaniard has attracted interest from the likes of Manchester City, Roma and AC Milan

On Monday, Sportsmail reported that City are preparing to spend big again to ensure the club remain among Europe’s elite.

Sportsmail understands the club’s top brass will flex their financial muscle to ensure the squad does not decline, with City trailing Liverpool by nine points in the Premier League as they try to win a third consecutive title.

City will also target a number of contract re-negotiations over the coming months to ensure Guardiola’s squad remains intact.

City will target a new central defender to replace former captain Vincent Kompany, who left at the end of last season, with replacements also needed for David Silva, due to to leave next summer, and Sergio Aguero in the not too distant future.

The latter two deals would likely cost City a total of at least £100million. 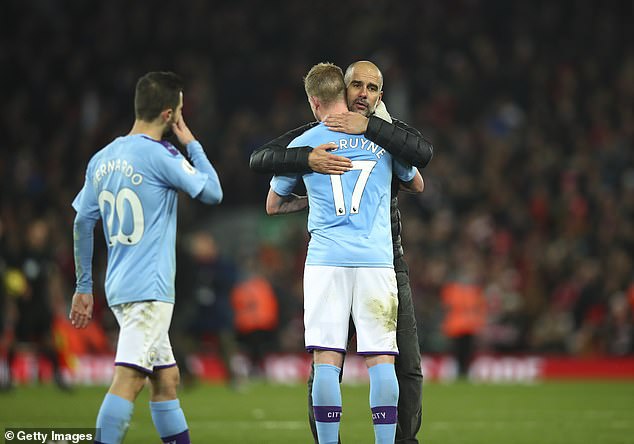 Emiliano Sala’s pilot ‘made a number of basic errors’