Ellen White and Georgia Stanway will be given the chance to prove their fitness by England Women manager Phil Neville ahead of next month’s games against Germany and the Czech Republic.

Neither player was included in Neville’s 21-strong squad which was announced on Tuesday but will train with their colleagues to determine if they will be able to feature after injury. Their Manchester City colleague Gemma Bonner will also link up with national team squad. 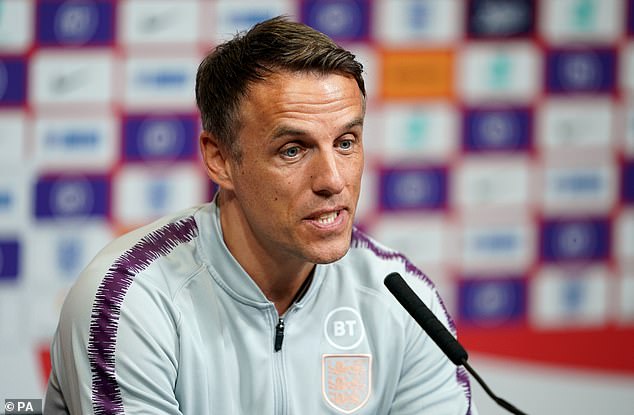 The Lionesses squad is set to meet up at St George’s Park next week in preparation for the November 9 clash with Germany at Wembley. They will then travel to Ceske Budejovice to face the Czechs three days later for their final match of 2019.

Neville has selected an experienced group for the two games, which includes 17 members of the squad which reached the World Cup semi-finals.

The Lionesses are using the fixtures as part of their preparations for Euro 2021, which will be played at nine venues across England.

The Germany match at Wembley is expected to set a new attendance record for the women’s game, bettering the 80,023 crowd which watched the USA beat Japan 2-1 to claim gold at the 2012 Olympic Games in London.

Neville said: ‘This is going to be a momentous occasion in the history of women’s football in England. 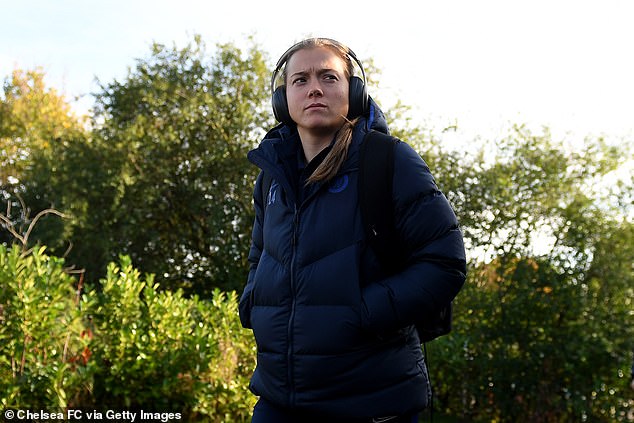 ‘To have sold out Wembley Stadium for the first time and to have potentially over 80,000 fans cheering on our team will not only be record-breaking, it will be an incredibly proud and humbling experience for myself and my players and staff.

‘It will be a hugely significant landmark moment on our journey and we are all extremely honoured to be playing a part in that.

‘But it will also be a moment for us to say thank you and show our enormous appreciation to all those players throughout the history of the women’s game in England whose hard work, determination and resilience in far tougher times has helped bring us to where we are today.

‘There’s an incredible amount of work that goes on behind the scenes at The FA to help us attract huge crowds like this and I want to thank everyone for their tremendous support.’

Martin Keown pays tribute to David Rocastle, who had a gift for bamboozling defenders