‘It’s the Nicolas Pepe show in north London,’ came the scream from the commentator as he fired in his second free-kick of the night.

The summer signing had come off the bench with Arsenal 2-1 down against Vitoria on Thursday night, only to turn the match on its head and win it for his team deep into injury time.

Sixteen miles south of the Emirates Stadium, another Ivorian winger will have been keeping a keen eye on proceedings, knowing that it could have been him starring in Europe. 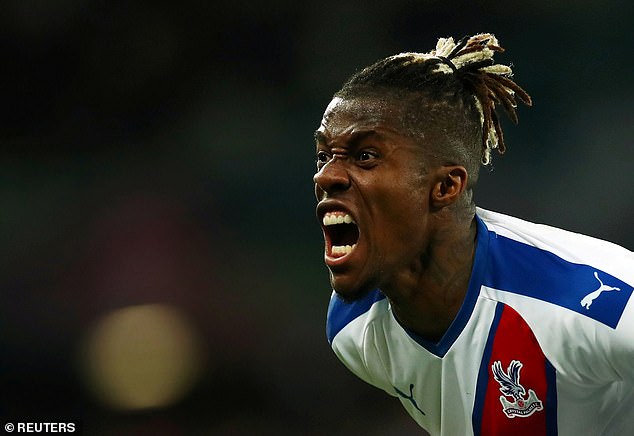 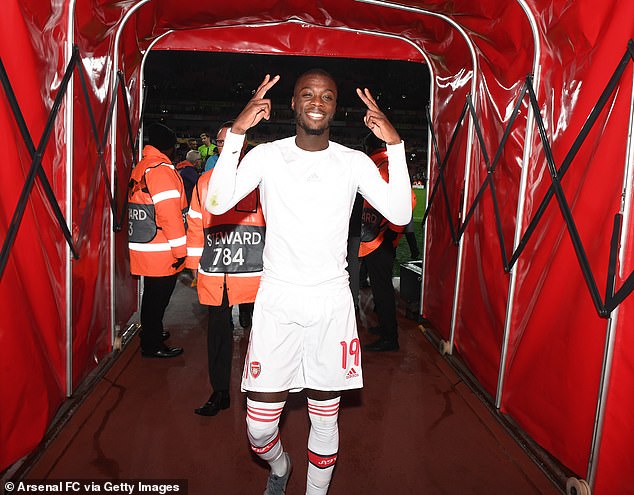 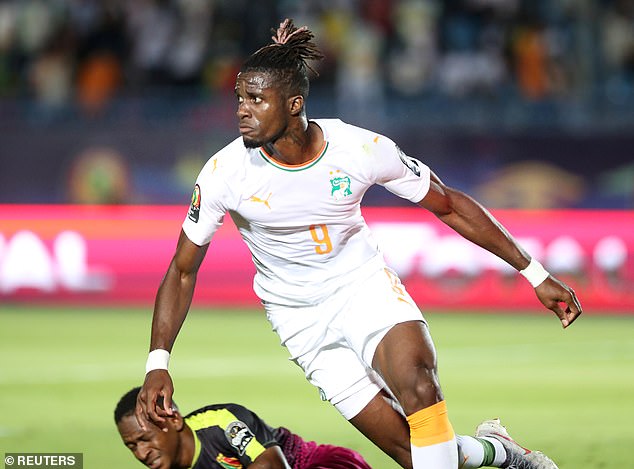 The pair are international team-mates for the Ivory Coast; pictured is Zaha against Mali

Crystal Palace’s Wilfried Zaha came close to a move to Arsenal in the summer, with the Gunners eventually baulking at the £80million asking price and opting to sign his international team-mate Pepe instead.

This weekend sees the pair go head-to-head for the first time, with Zaha getting his chance to shine on the Emirates pitch, but in the black away kit of Palace and not the red of Arsenal.

They are friends and international team-mates, but all that goes out the window come 4:30pm on Sunday… both have a point to prove, but for very different reasons.

It has been a slow start for Pepe under the stewardship of Unai Emery this season. Thursday night represented his 12th appearance for his new side, and going into the match he only had one goal in his first 11.

Even that was from the penalty spot, with him failing to find the target from further than 12 yards out – and the fans were beginning to get frustrated.

Football is a fickle business, with supporters demanding instant success – especially for a player who cost £72m and was expected to fire this side to heights they haven’t enjoyed since the halcyon days of mid-reign Arsene Wenger. 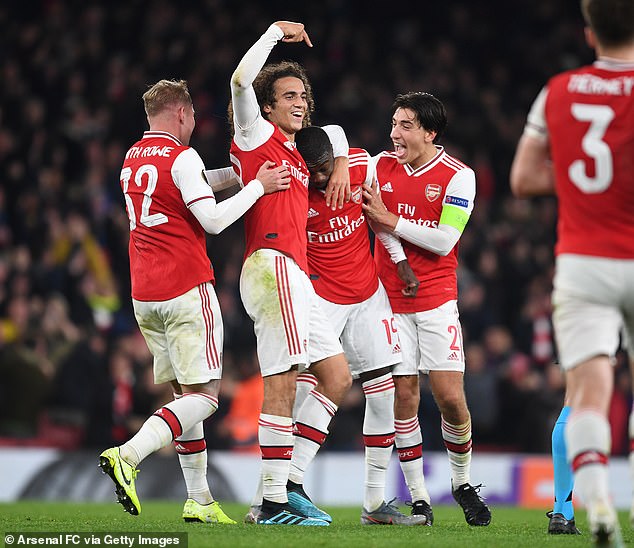 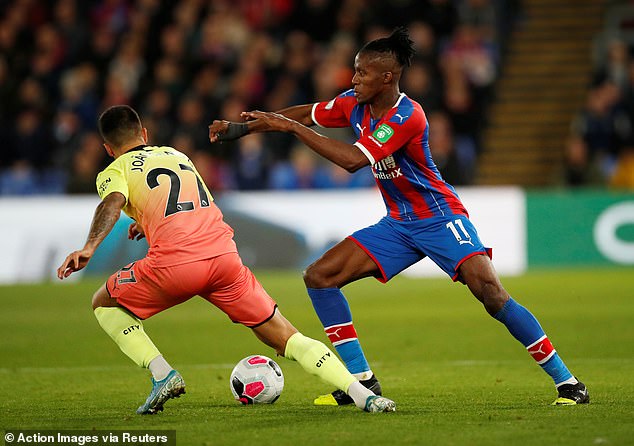 Alas, he has taken time to adjust and already the Zaha comparisons are being levelled at him on a weekly basis. Fans compare the two at every opportunity, and when Zaha shines and Pepe doesn’t, it is inevitable they will pander for the other.

And so Sunday is the chance for both players to prove their worth. Zaha wanted out of Palace in the summer, but has now begun to knuckle down in the knowledge that he’s there until January at the very least.

It’s not that he doesn’t enjoy playing for Palace — in fact, he loves it — it’s just that he knows he can do better. Palace fans do, too. This is a player that has given his all for the club, joining at the age of 12. He is the best in their history, and no fan would begrudge him an exit to a side playing in European competition.

Zaha knows he is good enough, and will have been frustrated that Pepe was picked ahead of him. Of course, when Palace were demanding between £80m and £100m for Zaha, Pepe made financial sense at £72m. Couple that with the fact that Pepe is 24 and Zaha 26, Arsenal have more resale value with their summer purchase. 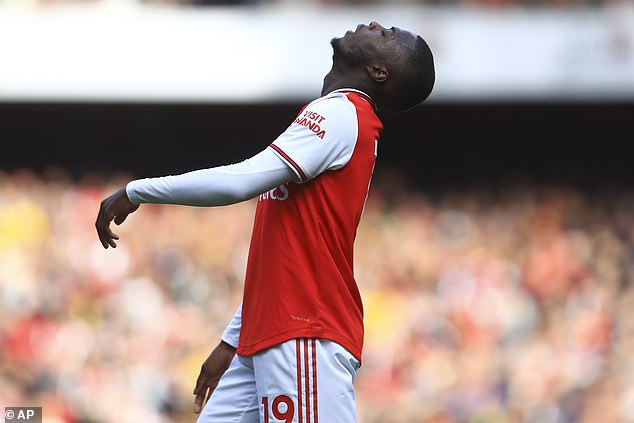 Pepe suffered a tough start to life at Arsenal, scoring just once – a penalty – in his first 11 games 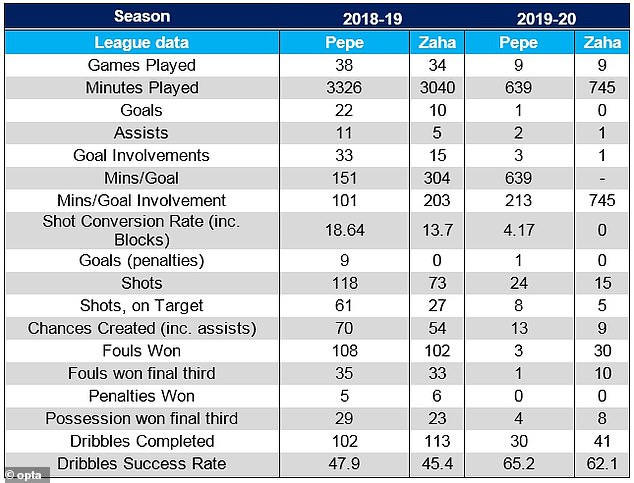 But Zaha isn’t bothered about slight age gaps or sell-on profits, he just wants to play football at the highest possible level, and he knows that a move to Arsenal would have been a great opportunity to do so.

So when he steps out at the Emirates pitch on Sunday, all eyes will be on him, both from an Arsenal and a Palace perspective. It’s a straight up head-to-head.

Both players have a very similar playing style… let them loose and they can win a game single-handedly. Zaha does it regularly for Palace, and Thursday night saw Pepe do it for the first time since arriving in England.

There were shades of Zaha in Pepe’s performance against Vitoria. Just seconds after firing in the first of his free-kicks, he was driving at the opposition defence, twisting and turning his way through. 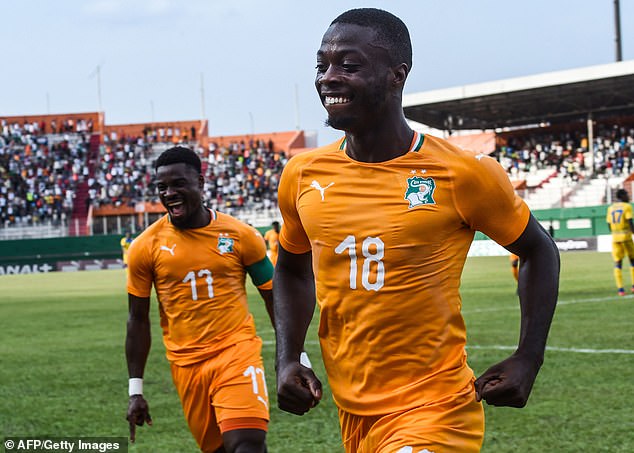 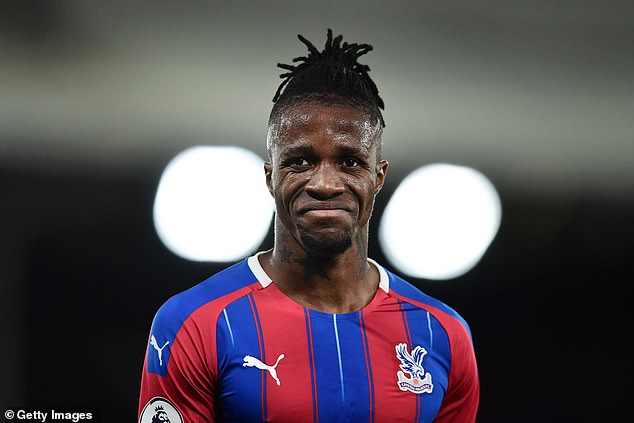 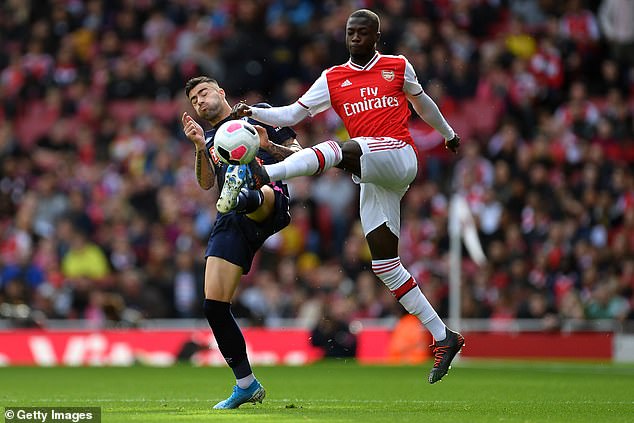 In the end he lost possession, in turn almost gifting the Portuguese side a chance to grab a winner themselves. But you can’t change the way they play. You can’t shackle either of the Ivorian stars and force them into a more regimented and conservative style.

They are what they are… set them free and they can shine. And that is exactly why Sunday is set to be a ding-dong battle of the highest order.

A bumper crowd at the Emirates will see two Ivory Coast internationals playing in the same position for opposite teams, desperate to prove their worth.

In truth, an Arsenal move for Zaha is not dead in the water, and they could yet push again to sign him in January or next summer. Palace are unlikely to budge much on their asking price but if Zaha outperforms his countryman, there will be much clamour from a deafeningly outspoken support to get him through the door. 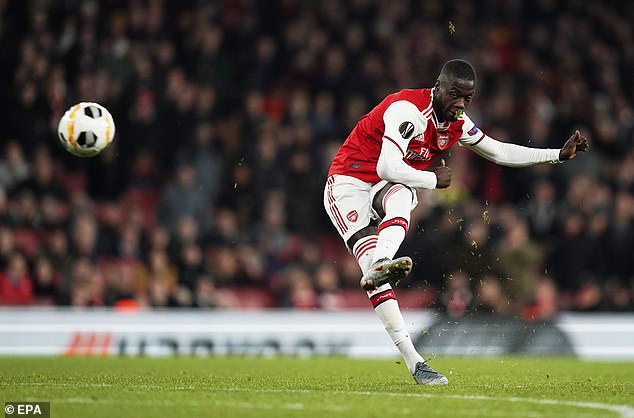 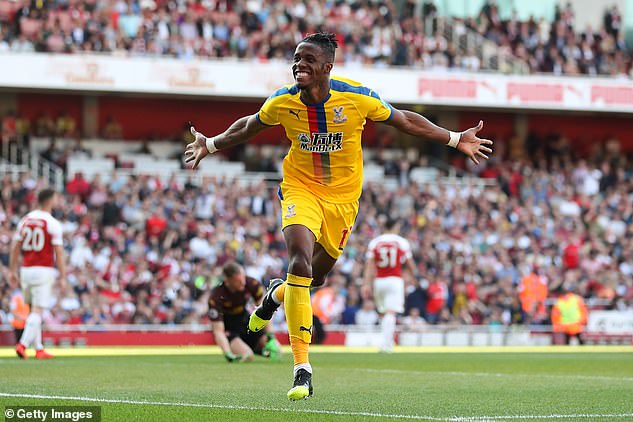 Zaha celebrates after scoring at the Emirates last season; he’ll be desperate for the same again

It is true that Pepe and Zaha on either side of Pierre-Emerick Aubameyang would be a mouthwatering front three, capable of rivalling the likes of Liverpool’s if they all reach their potential.

But for now the pair are opponents, and this Sunday they go to war with plenty at stake. Not only are both sides fighting for a massive three points, but Pepe and Zaha have an intriguing personal battle to win.

It was the Pepe show on Thursday night, but which Ivorian winger will have the commentator shouting their name come Sunday evening?

Watford boss Javi Gracia insists his players are not focused on...