Manchester City manager Pep Guardiola was furious with substitute John Stones for not being ready to come on in the first half against Atalanta on Tuesday.

Midfielder Rodri, who was playing at centre back, injured his hamstring in the first half and hobbled off the pitch.

But much to Guardiola’s frustration, Stones was not prepared at all to come on, and the City boss was visibly upset at the lack of urgency from the England international. 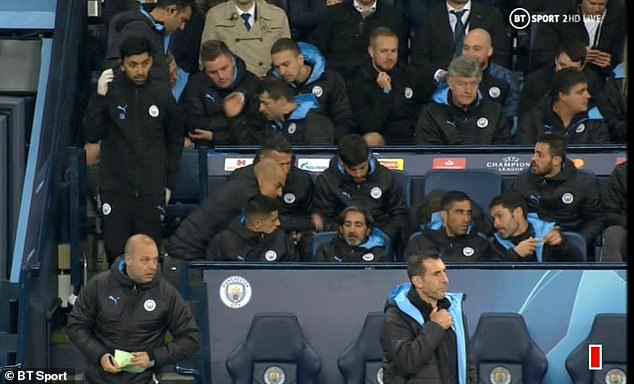 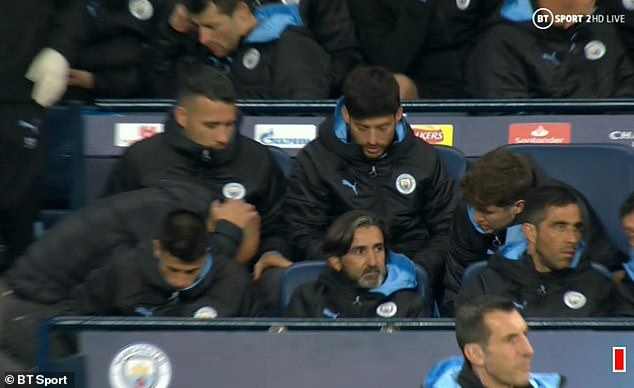 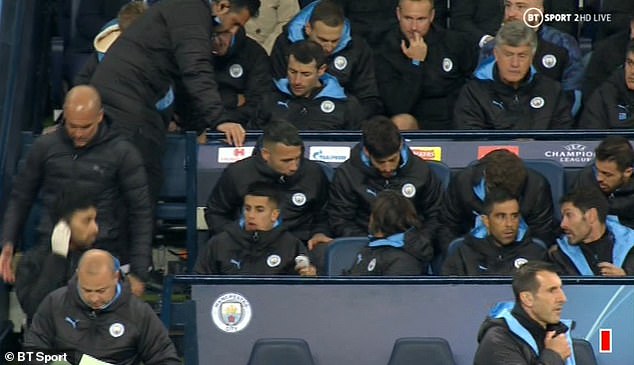 As Stones sorted out his shin pads and socks, Guardiola walked up the steps and motioned to the defender.

He then slammed a chair in the dugout and walked hurriedly down the steps, as Stones eventually sorted himself out and came on to replace the stricken Rodri.

After the match, Stones told BT Sport: ‘I had them [shin pads] on. 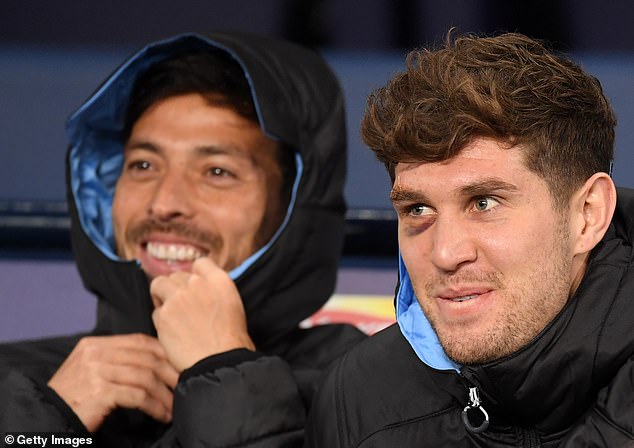 ‘I just needed to fix them up properly, time was off the essence and that’s what he [Pep Guardiola] wanted.’

City were winning the match 2-1 at the time but Guardiola could not hide his anger with the situation that unfolded – the Premier League champions went onto win the Champions League Group C game 5-1.

Atalanta took an early lead through Ruslan Malinovskiy’s penalty, but two Sergio Aguero goals – a tap-in and a penalty, both assisted by Raheem Sterling – flipped the match back in City’s favour. 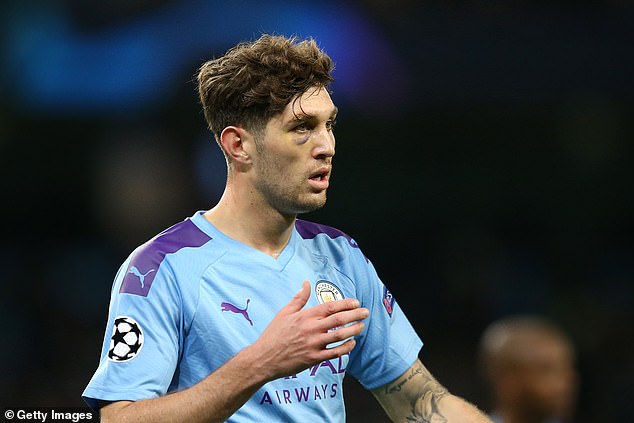 Stones eventually came on, showing off the black eye sustained on Saturday against Palace 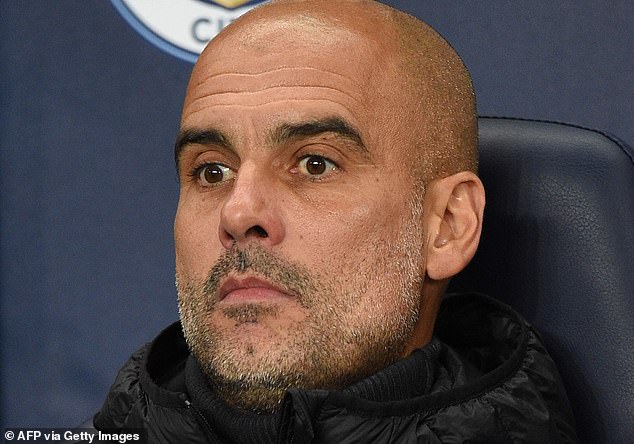 And Sterling stole the show in the second-half, scoring a stunning 11-minute hat-trick as City strolled to victory – Guardiola’s side are now just one point away from qualifying for the knockout stages of the competition.

However, the injury to Rodri gives the Manchester City manager another headache in defence.

Centre back Aymeric Laporte is out with a long-term injury, and knocks to Nicolas Otamendi and Stones himself have forced Guardiola to play midfielders Rodri and Fernandinho at the back in recent weeks.