‘Manchester United want a striker like Firmino or Son’: Gary Neville believes Ole Gunnar Solskjaer will target ‘mobile’ forward rather than someone like ‘Romelu Lukaku or Diego Costa’

Manchester United will look to sign a striker like ‘Roberto Firmino or Son Heung-min’, according to Gary Neville.

United decided to let Romelu Lukaku leave in the summer without bringing in a replacement, although they are expected to snap a striker up in the January transfer window. 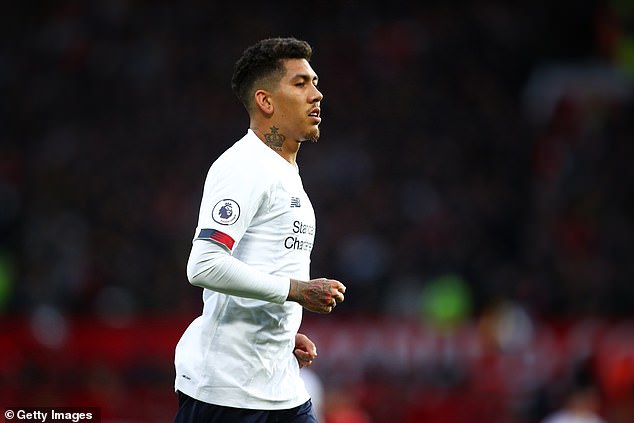 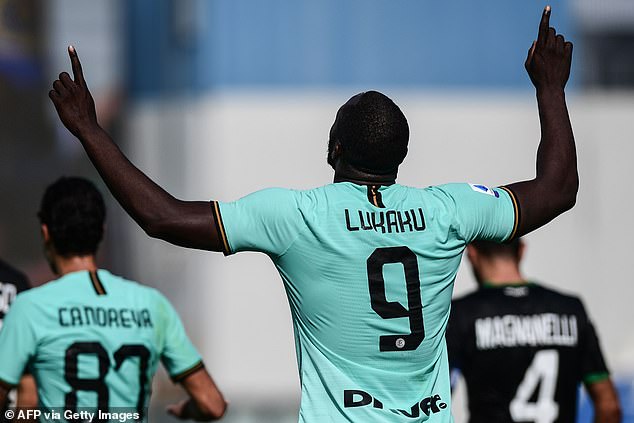 Neville told Sky Sports: ‘I look at Firmino when he first came to England, I look at [Mohamed] Salah when he was first at Chelsea, I look at [Sadio] Mane. Sometimes players have to develop into what they are going to become.

‘I think United want a striker like Firmino, like Son at Tottenham. I think [Solskjaer] wants that type of player.

‘I don’t think he wants a typical striker who is basically going to be a Lukaku or a Costa.

‘I think this club has always had strikers who can play in pairs, who contribute off the ball. 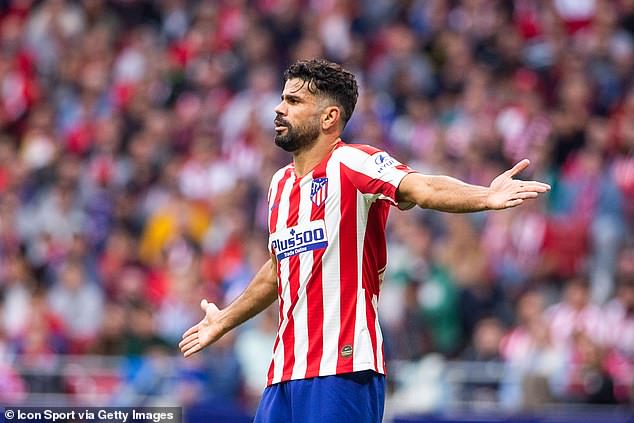 ‘I’ll make a point about Ruud van Nistelrooy. We won less championships with him at centre-forward than when we brought Louis Saha in to partner Wayne Rooney.

‘He was nowhere near as good a finisher as Ruud or as good a striker as Ruud, but the team became better.

‘And that’s my point, I don’t think Ole wants a striker like that; I think he wants a mobile striker.’

Neville flagged up how Liverpool jettisoned Christian Benteke after Jurgen Klopp’s arrival in favour of Firmino. 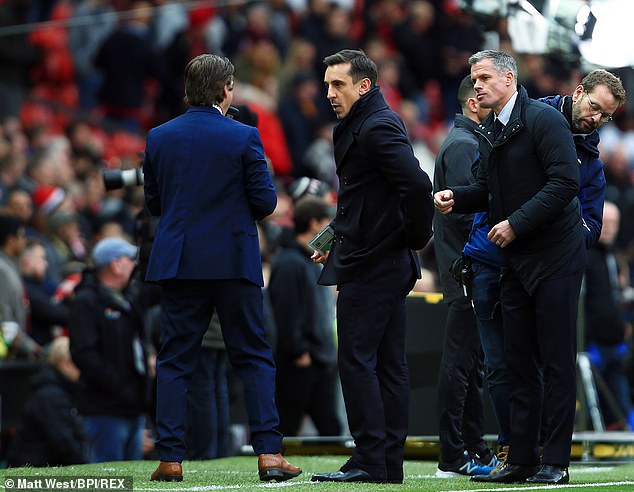 Neville suggested: ‘I don’t think Ole wants a striker like that; I think he wants a mobile striker’

‘He just chucked him out the club because he didn’t suit his style of play,’ Neville added.

‘Ole’s done the same with Lukaku, and Lukaku is a far better player than Benteke.

‘Ole is not going to sign a striker just because he scores goals, because Lukaku would have done that.’

How Ole Gunnar Solskjaer and Man United can pull off Barcelona...