The story of Ian Wright’s rise to the top of the football ladder is well-told. A labourer into his adult life, he was eventually picked up by Crystal Palace just shy of his 23rd birthday and is the poster boy for making it late.

Proof that if you work hard, you’ve still got a chance of becoming a professional footballer even when things appear to be dead and buried. But now there is a new kid on the block, making Wright’s entry to the game seem positively infantile.

Meet Enric Gallego, Getafe’s sharp-shooter who until the age of 31 years and 11 months was juggling jobs as a bricklayer, lorry driver and air conditioning installer with semi-professional football in the regional tiers of Spain. 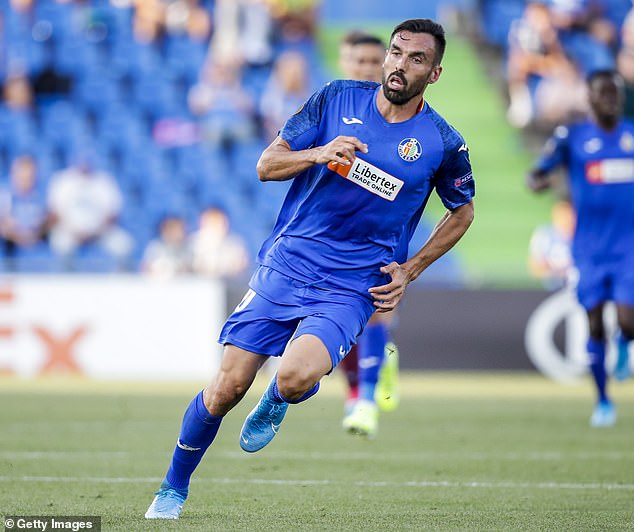 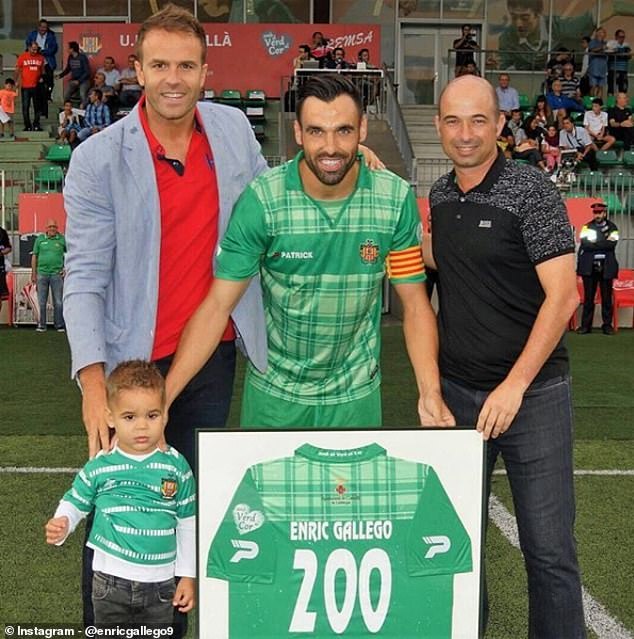 Gallego found most success at Cornella, in both the fourth and third tiers of Spanish football

Fast forward six months from his professional debut, and he made his La Liga bow for Huesca, commanding a £1.75million fee. Another few months on, in September, he made his Europa League debut, starting up top for Getafe. It’s unlikely even he could have dreamed of such a meteoric rise.

Almost overnight, Gallego has become a superstar and is now living his boyhood dream as a top-level footballer. It just happened about a decade later than he expected.

Let’s rewind to the beginning. Born in Barcelona in 1986, Enric Gallego Puigsech grew up close to the Nou Camp, like many dreaming of one day stepping out on the hallowed turf.

He spent much of his younger years bouncing around the lower leagues, starting at Buen Pastor in 2006, before moving on to Alzamora and Premia, where he played in the Spanish equivalent of League Two.

In 2009 came his biggest break yet, signing for Espanyol’s reserve side in the third tier… but he was used sparingly and once more dropped down to join Cornella.

It was there that he was offered a job in a bike repair shop by one of the club’s owners, a way to complement his pitiful earnings on the football field. 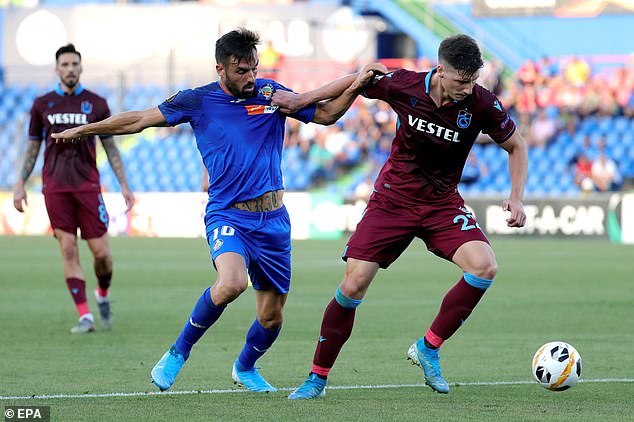 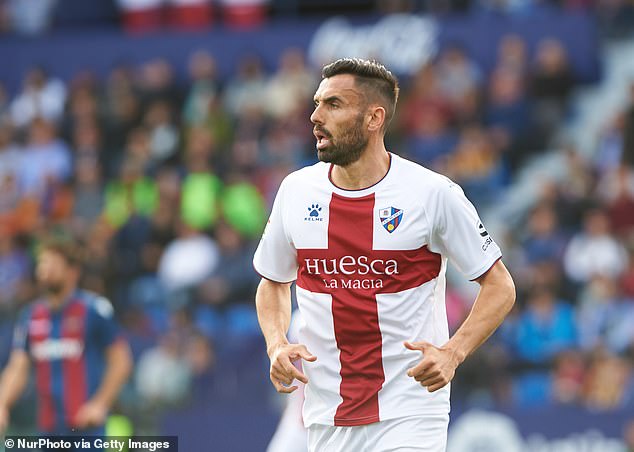 Huesca gave Gallego a first opportunity of top-flight football when they bought him for £1.75m

He also spent time as a builder, and drove vans around the south-west of Barcelona. On the pitch, he was prolific, no doubt sowing the seeds that he would reap many years later. Records state that between 2010 and 2013, he netted 55 times in 100 matches, before moving again.

A return to Badalona – one of his youth teams – came calling in the summer of 2013, which once more represented an opportunity to test himself in the third tier. By this time, Gallego was 27 and in the prime of his career in football terms.

Frustratingly, though, it didn’t work out for him there, and a spell at UE Olot in the same division had the same effect. The latter garnered 12 appearances without a single goal.

One silver lining for Gallego in his two-year absence from Cornella was their promotion – a rise that would help him considerably in his quest to make it higher up the football chain. 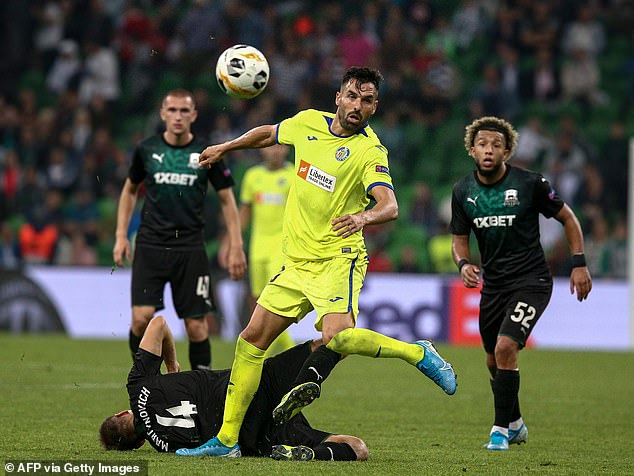 Gallego achieved his footballing dream very late, but is now making up for lost time in La Liga 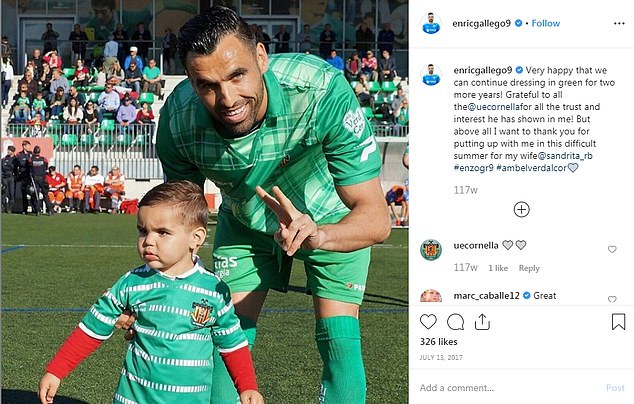 Gallego poses for a photo in July 2017, a few months before being snapped up by Extremadura

He was prolific for the team in the fourth tier, and when he returned the goals started flowing again. He added to his goal-a-game first spell with 46 goals in 98 games, before the real big boys started calling him towards uncharted territory.

By now, Gallego was 31 and at the stage of his career where for many, you begin to wind down. Enric, though, was just getting started.

Eighteen goals in 19 games at the start of 2017-18 for Cornella brought a call from Extremadura, a team in the same division but eyeing promotion from Segunda B and a place in Spain’s second tier.

For the first time in his career, he ventured outside of Catalonia, travelling 1000km south-west, close to the border with Portugal. The club had decided that Gallego could be the missing key in their battle at the top, and they weren’t far wrong.

The striker continued his hot streak and netted 10 times in 14 games in the second half of the season, helping Extremadura to the notoriously difficult playoffs, where they would have a chance to break into the second tier. 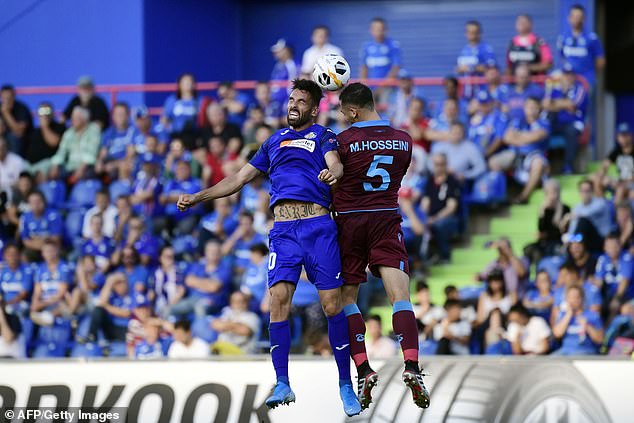 Huesca brought him to La Liga in January, before Getafe signed him in the summer window 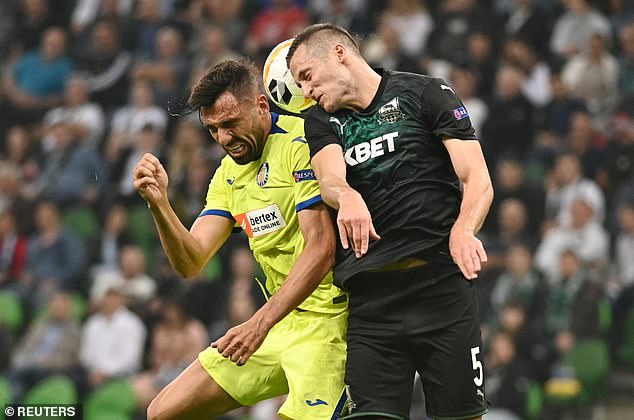 Gallego challenges for the ball during Getafe’s Europa League clash away in Krasnodar, Russia

The Spanish playoff system is convoluted and tough to get out of, with four different leagues all pitted against each other in mini groups for the four promotion spots.

Gallego helped Extremadura get over the line, which was the final push to fulfilling his dream as a professional footballer. The club entered the second tier and with that, gave full-time deals to their players. At the age of 31 years and 11 months, he had done it.

In the second tier, he continued to shine through the first half of the 2018-19 season, and much like a year earlier a bigger team came calling at Christmas.

Huesca had decided to bring him in to help with their La Liga relegation battle, paying £1.75m in January for him to step up to the top level of Spanish football.

On January 19, 2019, he made his La Liga debut at the age of 32, playing the full 90 in a 3-0 defeat by Atletico Madrid. All of a sudden, Antoine Griezmann was on the opposing team and it was the likes of Jan Oblak and Diego Godin that he’d have to breach to get on the scoresheet.

His first goal came two games later, and he chipped in with five goals in the second half of the campaign, but it wasn’t enough to keep Huesca in the top flight. They dropped back to the second tier… but they weren’t going to take Gallego with them. 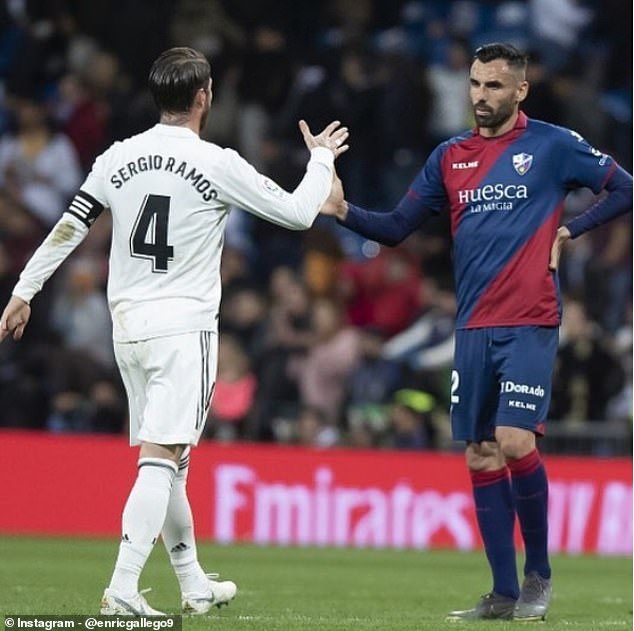 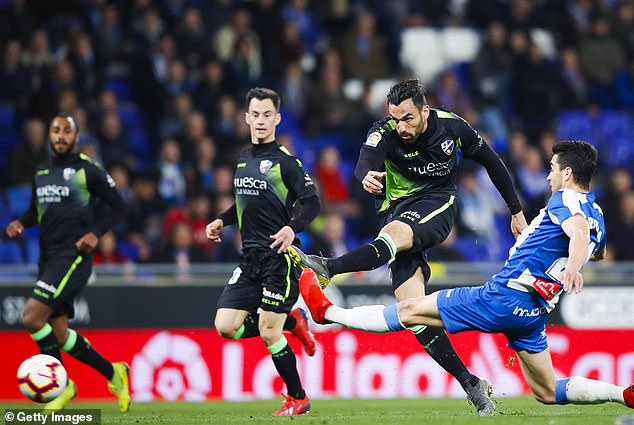 Gallego is yet to score this season, but will be hoping to find the net in the coming weeks

Now approaching 33, he’d impressed enough to keep his personal place in the top flight, and Getafe snapped him up after triggering his £5.2m release clause.

Again, his debut was against Atletico Madrid, this time coming off the bench in a 1-0 defeat as he stepped out for the first time with far better players on his side.

Getafe just missed out on a Champions League spot last season, and this campaign they are competing in the Europa League. Gallego made his first start in that competition on September 19, a 1-0 win over Trabzonspor.

Now 33, Getafe’s No 10 has played five times so far this season. No goals have hit the back of the net yet, but regardless of what he achieves in his final years as a professional, his story will go down in history.

It is one of grit and determination, of never giving up no matter how long you have to wait for your chance. His days of van driving are gone, and now he will hope that the only delivering he has to do is in the form of goals in Getafe’s front-line.

Ireland’s Six Nations clash with Italy is called OFF