‘I’ll go away and think’: Greig Laidlaw considers Scotland RETIREMENT after crashing out of World Cup with defeat by hosts Japan

Greig Laidlaw has admitted he has a decision to make over whether to prolong his Scotland career.

The scrum-half’s last World Cup ended in agonising defeat on Sunday as his side bowed out of the competition with a 28-21 loss to Japan.

The 34-year-old confessed he now has to weigh up whether to bring the curtain down entirely on his 76-cap Test career. 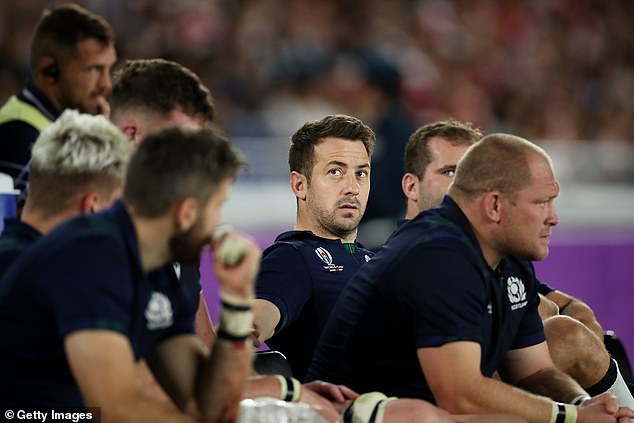 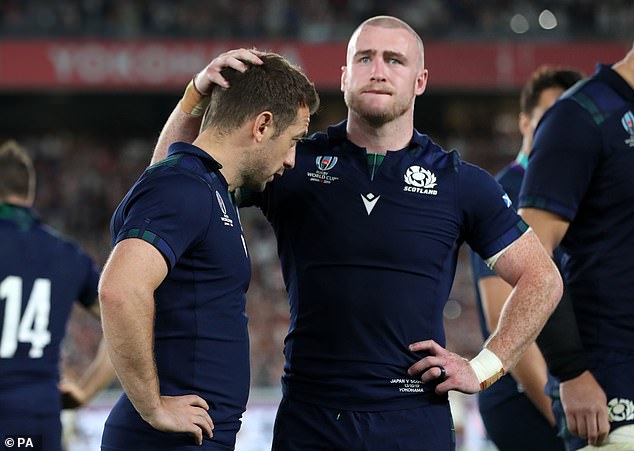 The Clermont Auvergne player said: ‘I’ll go away and have a think. Tonight it’s about staying together as a group.

‘Tonight is not about me. I’ll go away and talk to the people I need to talk to and make my decision from there.’

Scotland had won their previous seven showdowns with the Brave Blossoms, racking up their biggest ever score with a 100-8 pummelling back in 2004.

But the tournament hosts went into the game ranked higher than Gregor Townsend’s team and Laidlaw could not argue with their win. 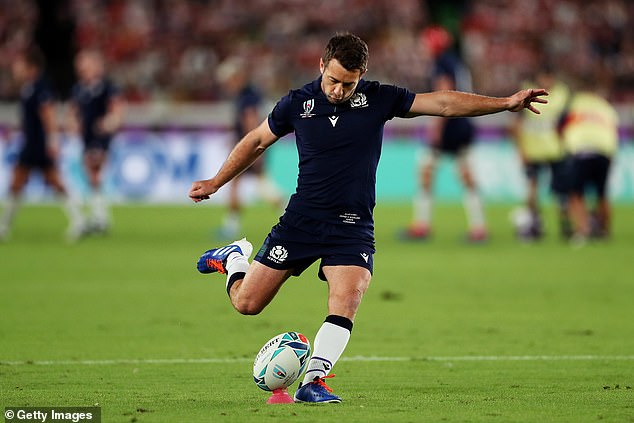 He said: ‘We knew Japan have really improved as a team since four years ago.

‘We have to give them credit for the way they have progressed and the way we have performed this evening.

‘We gave away two soft tries and we left ourselves with a mountain to climb.

‘They didn’t catch us off guard, we actually started the game pretty well.

‘We got into a lead, we never switched off, but we let Japan into the game.’

Barcelona to make fresh attempt to bring back Paris Saint-Germain and...