Eddie Jones and his coaching counterparts are being denied any direct contact with referees prior to World Cup matches, at a time of rising tensions and concerns about officiating here.

England face Argentina at Tokyo Stadium on Saturday in a high-stakes Pool C encounter, with the Pumas fighting to stay in the tournament after an opening defeat against France.

Standard practice is for coaches to be allowed to meet referees on the eve of Tests to raise particular issues or seek clarification over officials’ priorities and interpretations. 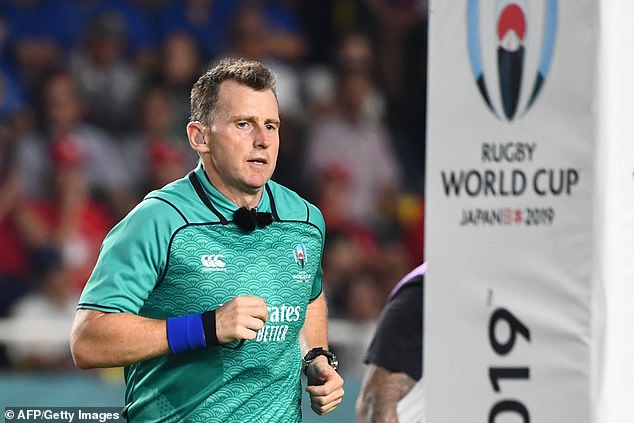 However, this mutually beneficial dialogue is not being permitted during this tournament.

Jones said: ‘It is a World Rugby regulation and we follow every World Cup regulation to the letter.’

Welshman Nigel Owens will take charge of this potentially tempestuous encounter and Jones quipped: ‘We won’t see the referee before he comes in before the game and he has bodyguards with him.

‘I think he has Prince Harry’s bodyguard with him so we can’t get to him — so we just smile and say hello!’ 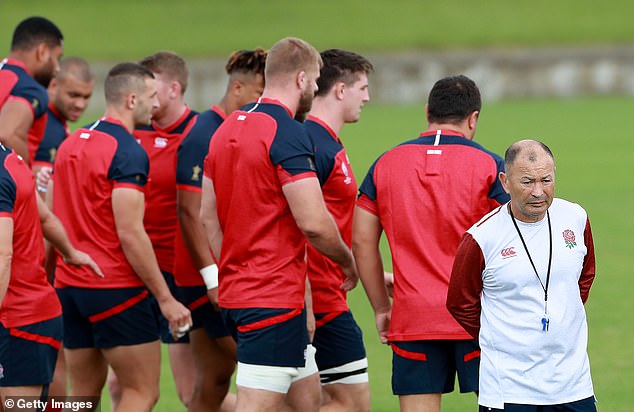 There has been unrest among teams at this World Cup as a result of contentious on-field decisions and the post-match disciplinary process, amid a crackdown on high tackles.

That zero-tolerance approach has led to vociferous complaints, with Australia coach Michael Cheika strident in his criticism of the powers-that-be.

World Rugby even publicly conceded that the officiating in the early stages of the tournament was not up to the requisite standard. While the governing body say there was no direct contact between coaches and referees at the last World Cup, there are concerns that, in the current climate, the situation is serving to escalate simmering tensions.

The Irish former referee is thought to have antagonised many key figures within the game and it is understood that he is likely to leave his post after the tournament.