By Adam Shergold for the Daily Mail

Fulham can be ruthless enough with their myriad of attacking talents without needing a helping hand.

Reading’s John Swift did precisely that here and the inevitable result was the hammering Scott Parker’s side have been threatening for a while. 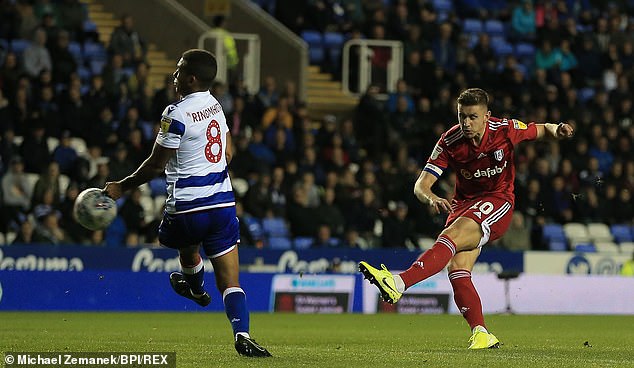 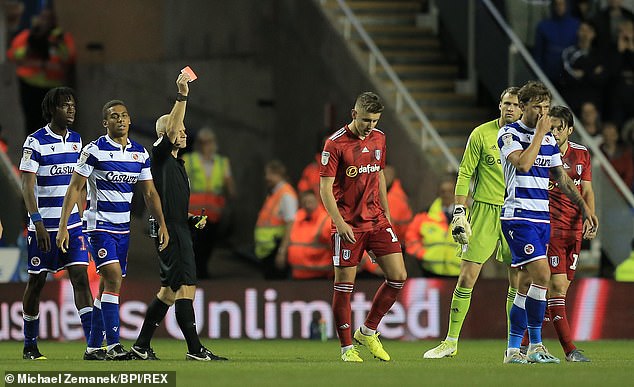 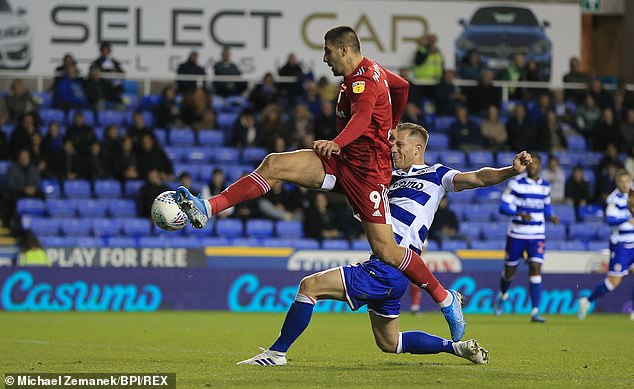 With 25 minutes played, Aleksandar Mitrovic steered home his side’s second of the night

And so it became the perfect evening for the Londoners: Two classy goals from captain Tom Cairney, talisman Aleksandar Mitrovic emphatically ending his goal drought and elevation into the play-off places.

Slowly but surely Fulham are beginning to look like the promotion challenging team we expected following an inconsistent start to the season.

To think the evening could have started so differently. It was Reading who saw the game’s first decent chance with Yakou Meite bulldozing his way into the Fulham box to test Marcus Bettinelli with an angled shot.

Fulham had completed 4,900 successful passes in their nine Championship fixture prior to this one – some way ahead of the 4,127 completed by Marcelo Bielsa’s Leeds in second – and they soon clicked into their usual rhythm. 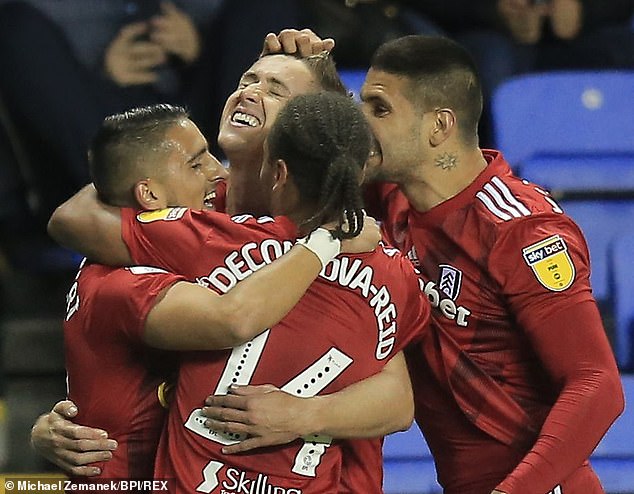 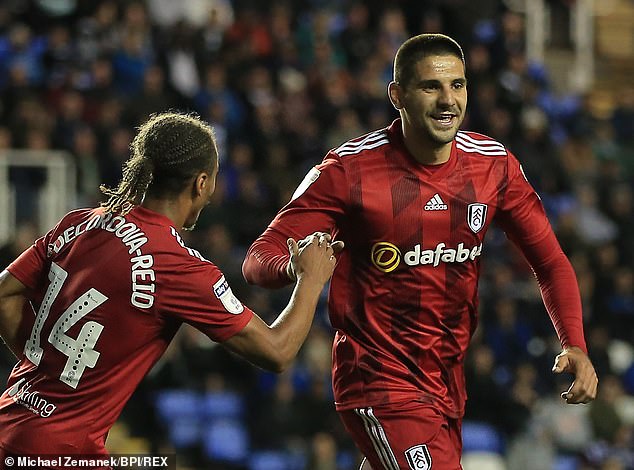 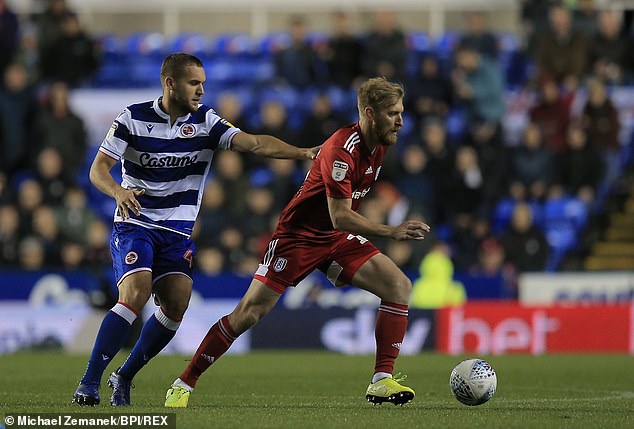 Swift tried to disrupt it with a late tackle on Bobby Decordova-Reid close to the two technical areas that left all of a Fulham persuasion incensed. Referee Andy Woolmer brandished just the yellow card.

The onus was on Reading to remain disciplined but few defences can legislate for Cairney when he conjures a moment of brilliance as he did on 13 minutes.

Having scored with a top corner strike to seal the 2-0 win over Wigan on Friday night, Fulham’s captain was at it again, stylishly rounding off a sweeping move down the left that resulted in Stefan Johansen teeing him up.

Swift then made Reading’s task infinitely tougher with his second moment of madness, a rash challenge on Denis Odoi that was easily a yellow card and potentially a red in its own right.

Fulham looked in a ruthless mood anyway but the numerical advantage only made finding gaps behind the Reading back line simpler.

Anthony Knockaert crossed from the right for Mitrovic to double the lead on 26 minutes, the Serbian applying a close range finish to what was the ideal delivery.

It had been 341 minutes since Mitrovic last found the net for Fulham – in their 1-1 draw at Cardiff – which constitutes a major drought for someone so prolific at this level. 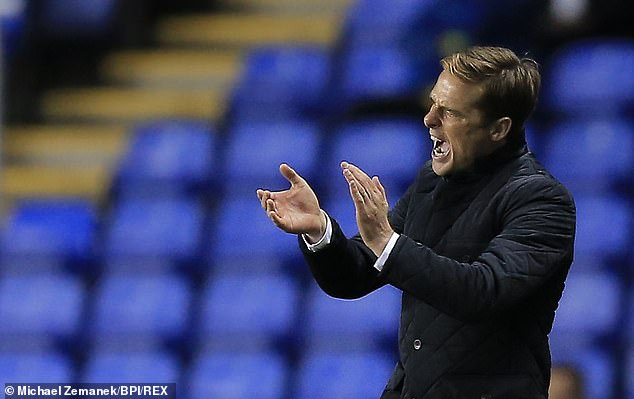 Drought out, Mitrovic put the game to bed three minutes later. Again it was all about his superior positioning in the box, finding a pocket six yards out to prod Joe Bryan’s cross past Rafael Cabral in goal.

We weren’t even at the half-hour mark and the travelling fans were amusing themselves with the ‘Oles’ for each of the many, many passes. ‘You don’t touch the ball,’ they sang.

Seeking the opportunity to boost their goal difference, Fulham were straight onto the attack when the second-half started. Mitrovic raced down the left and found Knockaert with the freedom of Berkshire in the box. Rafael made a fine save to deny him Fulham’s fourth. 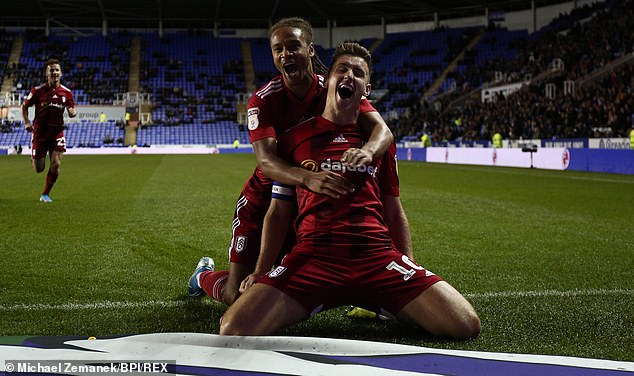 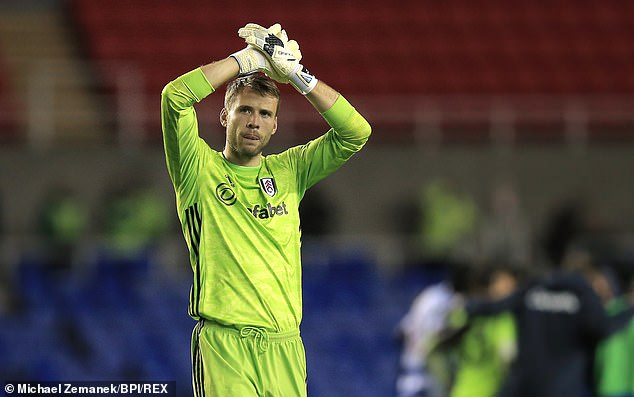 The Brazilian stopper then made a brilliant reaction save to keep out Alfie Mawson’s powerful strike from no more than 10 yards out.

But Fulham were relentless and remorseless. Their fourth had an element of slapstick to it, with Cairney chipping into a totally empty net after Rafael’s attempted clearance struck Mitrovic and fell to Johansen.

Cairney might have fancied a hat-trick but Parker subbed him off shortly afterwards tor receive the ovation he deserved.

Perhaps the best goal of the night, however, was Reading’s last minute consolation as Yakou Meite curled home a stunner from 30 yards.