‘They are an extremely passionate nation and I guess so are we’: England’s Joe Marler pumped for World Cup encounter with Argentina despite having his head stamped the last time he faced them

By Nik Simon for MailOnline

Joe Marler says England will match Argentina’s trademark passion on Saturday – and has no hard feelings about having his head stamped on last time he faced the Pumas.

Rival prop Enrique Pieretto Heiland was sent off and banned for seven weeks following the incident, while Red Rose full-back Elliot Daly was also shown a red card in the same Test.

World Rugby are currently taking a hard-line approach on foul play but Marler expects no let-off in emotion at the Tokyo Stadium. 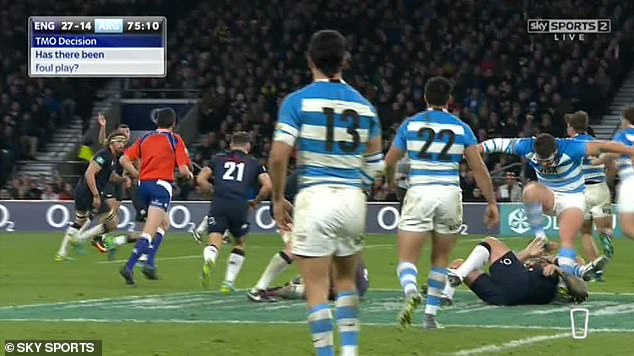 Argentina’s Enrique Pieretto Heiland stamped on the head of England’s Joe Marler when the two nations met back in 2016. They play at the Rugby World Cup this Saturday 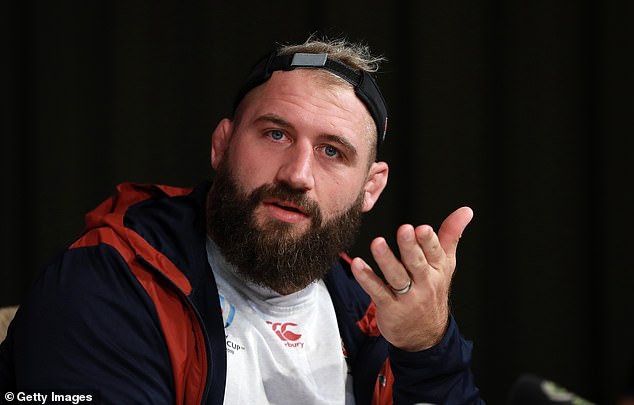 ‘They are very passionate,’ said Marler. ‘I wouldn’t say they are niggly, they are just an extremely passionate nation and I guess so are we so it gets a bit heated like that. He stamped on my head because I held on to his leg.

‘It was my own fault. But you can’t stamp on people any more. And that was the right call. It was also the right call for me to get yellowed.’

Marler has started England’s opening Tests against Tonga and the USA, but competition for selection will now step up with the return of Lions star Mako Vunipola.

Ellis Genge has impressed from the bench, so Eddie Jones must now work out his best starter/finisher combination at loose-head.

‘There are three guys going for two shirts, so that doesn’t work,’ said Marler. 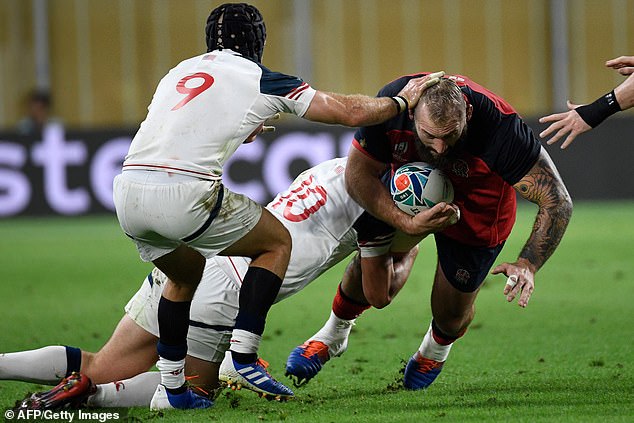 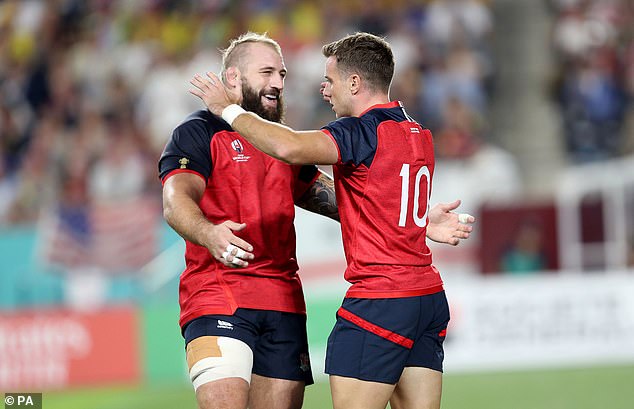 ‘It’s great to have Mako back and he’s been in training for the last couple of weeks anyway. He’s back fully fit and he brings world class experience and talent into that role. So….I’ve enjoyed my time.’

Centre Henry Slade is also ready to return after injuring his knee in the opening Test against Tonga.

The midfield is one of the most open selection contests, with the combination hinging on whether Jones opts to select Owen Farrell or George Ford at No 10.

‘It has been frustrating,’ said Slade. ‘Missing the warm up games as well was pretty annoying too. I got to do the whole of pre-season before that so I don’t feel like I’ve missed too much fitness wise. 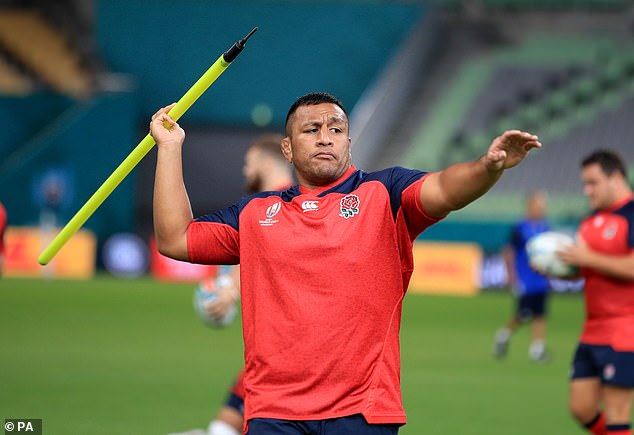 Mako Vunipola is available once again for England selection, boosting their team options 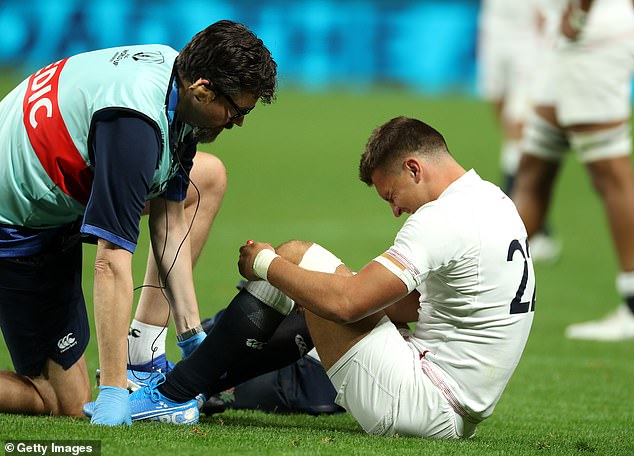 ‘The time out has helped me get little niggles out the way and I feel really good. It’s exciting to be back with the boys and if I can add something then great.

‘We never really know what the starting line-up’s going to be til later in the week so we get to try out different options. Everyone in the centres and across midfield have different attributes.