The 30-year-old, who was touted to become one of the best players in the world after breaking through at Barcelona in 2007, was pictured on the floor in agony during the first half of the Liga MX fixture.

Dos Santos was floored by opponent Antonio Briseno after the defender’s high boot caught him above the knee. 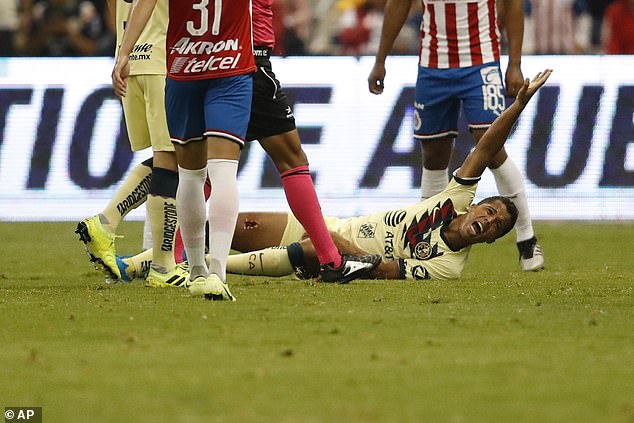 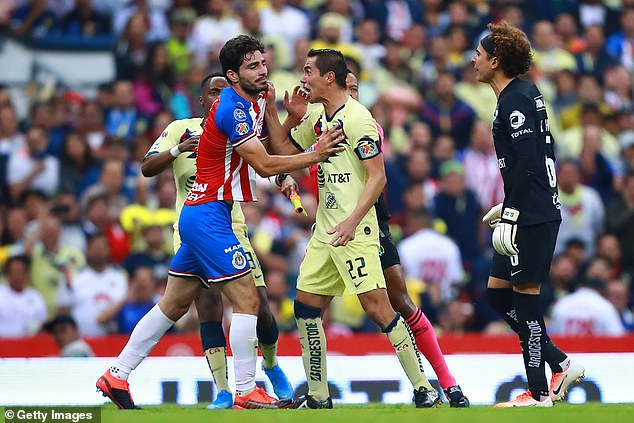 Briseno’s malicious challenge sent the former Mallorca man flying, piercing his skin with his studs and leaving a deep gash in his right leg.

The Guadalajara centre-back was sent off for the foul and will likely face a lengthy ban for such a spiteful tackle.

Club America expect scans to show dos Santos suffered a fractured knee as a result of the collision, but hopefully further assessment reveals more positive news for a player who has suffered plenty of setbacks in his career.

The Mexican striker scored one goal in his first five gamesat America, but now faces a lengthy lay-off. 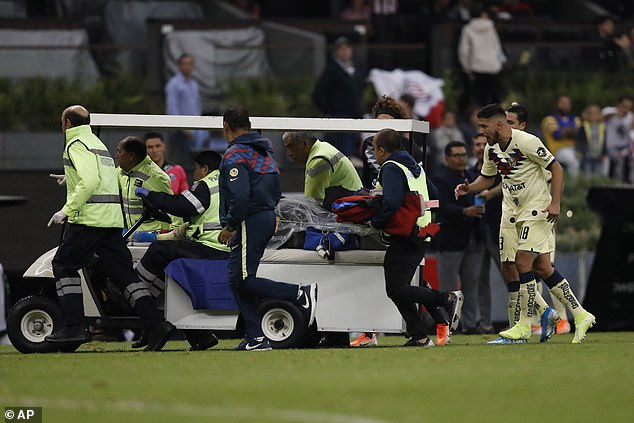