‘Of course I am suffering’: Mauricio Pochettino is struggling as Tottenham’s form fades… and admits losing Champions League final was just as painful as going out of the World Cup with Argentina in 2002

By Matt Barlow for the Daily Mail

Mauricio Pochettino admits he is ‘suffering’ as Tottenham‘s form fades and ranks losing the Champions League final was one of the two biggest disappointments of his football career.

Spurs have won only twice in eight games since last season ended in defeat against Liverpool in Madrid and this week they were dumped out of the Carabao Cup by Colchester United of League Two. 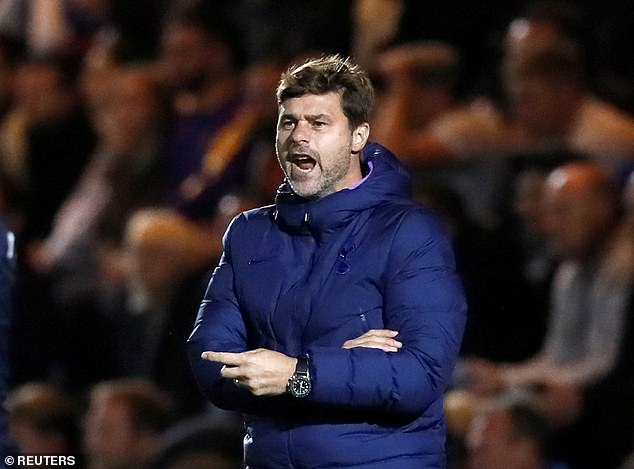 ‘This is my sixth season here and I am in an unbelievable environment. The training ground is amazing and we have the best stadium in the world. But football is about glory. It is about winning.’

He compared the pain of defeat against Liverpool to the World Cup in 2002 when Argentina went out in the group stage after qualifying in style.

‘It was always my big dream,’ said the Spurs boss. ‘We were a candidate to win, unbeaten for years and we were out in the group stage. I stayed at home and didn’t go out for 10 days.

‘Another dream is to win a trophy with Tottenham and we were close in the Champions League, the biggest trophy. No-one expected that. It was more than a dream.

‘I felt disappointed and I took a train to Barcelona and again you are like depressed. You cannot be happy. But you move on.

‘The challenge is to get back there and we are going to fight to try to make this possible to try to change the history of this club.’ 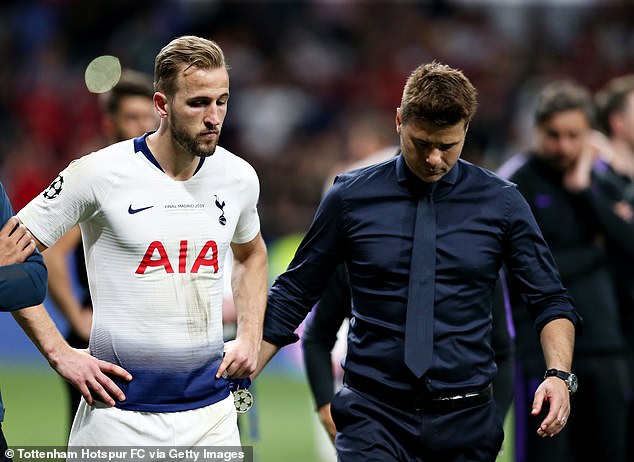 Pochettino thinks he is working with different expectations as Champions League finalists but vowed to stop talking about the ‘distractions’ of pre-season which he insists have contributed to his team’s poor run of results.

‘When you don’t win you need to accept you were wrong,’ he said. ‘You cannot be arrogant. You cannot feel you are always right.’

He rates his team’s performances better than last season in possession but worse out of possession, losing some of their aggression and desire to win the ball back.

And he is certain they are not far from clicking into their best rhythm, citing positive draws at Manchester City, Arsenal and Olympiacos and a defeat at Leicester which turned on a decision to rule out a goal which would have put Spurs 2-0 up. 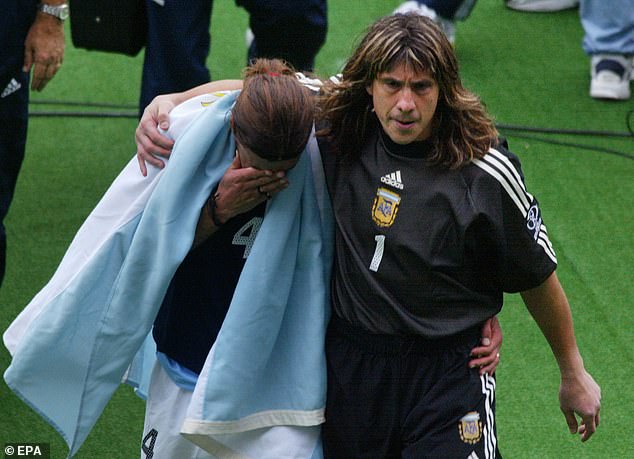 ‘You cannot live forever in a happy world. Ups and downs happen, that is life and especially in football.’

Pochettino spent much of last season on the subject of Tottenham’s difficult circumstances, without a home stadium and unable to compete with top four rivals in the transfer market.

Still they were able to finish fourth and reach the Champions League final and the last four in the Carabao Cup.

This year, the wonderful new stadium is open and Spurs broke their transfer record to sign Tanguy Ndombele but results have faded as if they miss the bonding agent of adversity.

‘That is why it is so complex and that is why a lot of managers are sacked. It’s not because they are bad managers. It is because in football two plus two is never four.’ 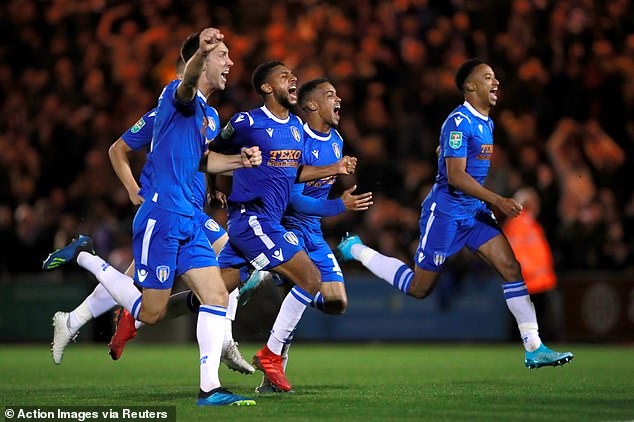