‘Then I will be coming for Tyson Fury, Anthony Joshua, Andy Ruiz and Deontay Wilder’: Daniel Dubois insists he is ready to take on the best after fighting Ebenezer Tetteh

By Jeff Powell For Mailonline

Daniel Dubois does not own a mobile phone, drive, nor admit to any interests or distractions from boxing except his love for his family.

The 22-year-old giant from Greenwich owns up to just one obsession: ‘Becoming the undisputed heavyweight champion of the world and successfully defending those titles for many years.’

On Friday night Dubois continues his dynamite ascent towards that supremacy at the Royal Albert Hall, the stately, chandeliered home of the Proms in which such heavyweight British heroes as Frank Bruno made their mark and where Muhammad Ali insisted on making an appearance. 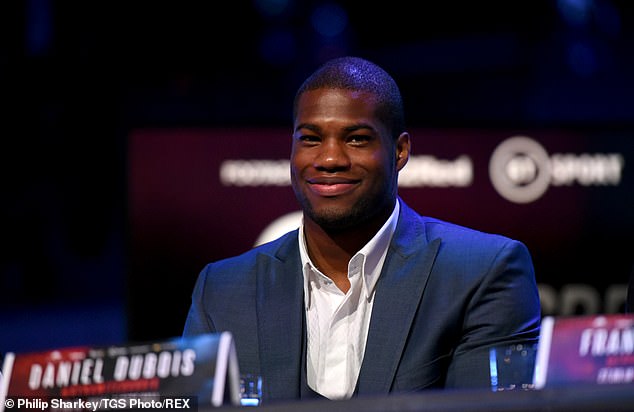 Daniel Dubois does not own a mobile phone, drive, nor admit to any interests or distractions

In only his 13th professional fight Dubois is expected to add the Commonwealth crown to the six belts already on his resume at youth and senior level, the British and WBO European titles among them.

In company with his promoter Frank Warren, Dubois expects his first world title to follow in 2020.

‘I will put on a show worthy of the Albert Hall,’ he says. ‘Then I will be coming for Tyson Fury, Anthony Joshua, Andy Ruiz and Deontay Wilder – as soon as my promoter says i’m ready. ‘ Warren says: ‘Next year. We all know Daniel has huge knock out power. Now he has improved his boxing tremendously. Especially his jab.

‘A great jab is the foundation of any truly great fighter and in that department Daniel is reminding me of Larry Holmes, who had the best jab of all the great heavyweights.’ ] To which Dubois says: ‘That is a big compliment – but Frank has been in this game a long time and knows everything about boxing.’

Do not confuse the confidence of Dubois with an inflated ego. He lives the dedicated life of the prizefighter.

Tetteh is unbeaten, also. Can he come out of Africa to upset all the well laid plans? 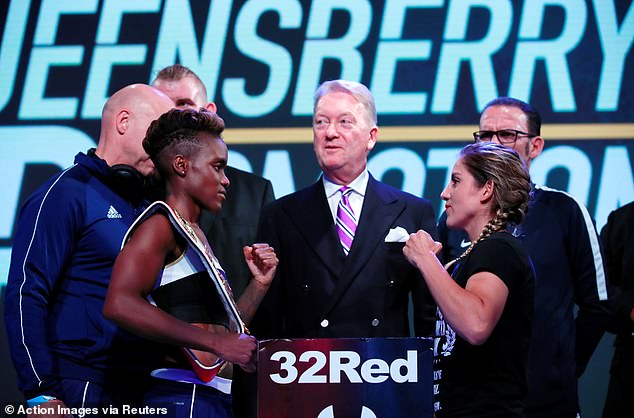 ‘They need to look at Ed Woodward…what is his position?’: Paul...