By Chris Sutton for the Daily Mail

Norwich were everything Manchester City were not. They were hungry, organised, motivated. City looked like they thought they could rock up at Carrow Road and do what they liked. Think again.

I’m afraid it doesn’t work like that. Daniel Farke’s side defended deep, stayed compact, didn’t let the visitors play through them and chose their moments to hit City on the break.

Teemu Pukki continued his fine form. Todd Cantwell — or ‘the Dereham Deco’ as I like to call him — looked threatening in attack while Emi Buendia put in a complete performance in midfield. It was a tremendous team effort. 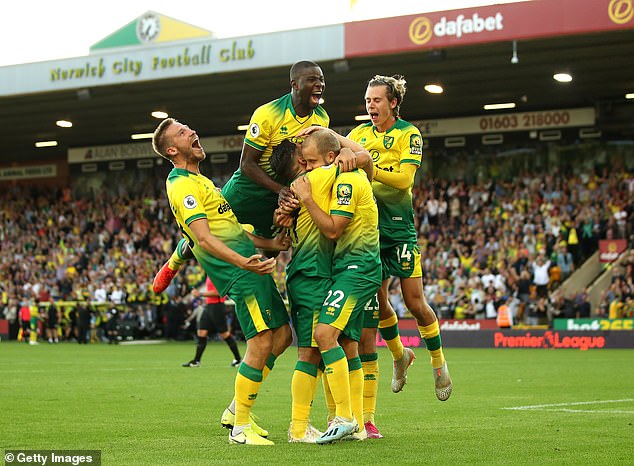 Norwich City were hungry, organised and motivated and that was enough to beat City

City did not help themselves. They were so complacent at the back. John Stones trying to play offside when Kyle Walker was way behind him was lazy and amateurish.

Nicolas Otamendi was sloppy in possession and his dawdling on the ball was costly. Pep Guardiola must be deeply concerned now that he did not replace Vincent Kompany.

That could turn out to be a big, big mistake. When Norwich went to Liverpool on the opening day of the season, they tried to impose their expansive style of play on the champions of Europe and lost 4-1.

You wondered whether naivety would be their downfall. There was nothing naive about them on Saturday. Norwich fully deserved this win. 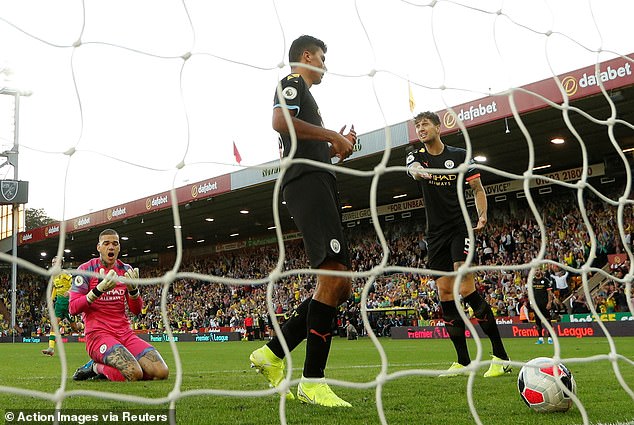