Watford has partnered with multi-currency sportsbook Sportsbet.io to allow fans to purchase club merchandise with Bitcoin.

Contributors to the sponsorship can buy public LED space shown live during matches; use of a box for eight people and exclusive merchandise.

Several Premier League clubs are trialling cryptocurrency for player transfers, as announced last year, but Bitcoin as a currency to buy merchandise with on match days is a first in UK football. 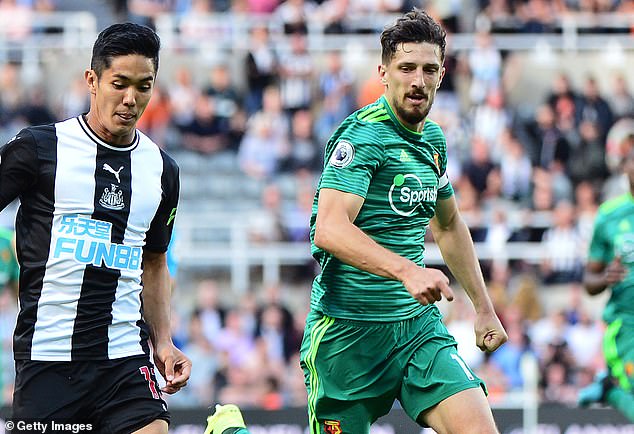 Watford also announced that Sportsbet.io will also be a sleeve sponsor, with the Bitcoin logo appearing on shirts from the next match.

Tottenham Hotspur, Leicester City, Newcastle United, Southampton, Cardiff City, Brighton and Crystal Palace have agreed to set up digital wallets with an online trading platform which says it is in ‘no doubt’ the currency will eventually replace sterling in the multi-billion pound transfer industry.

The bitcoin system will also help clubs tackle ticket touting and counterfeit merchandising, according to online trading firm eToro, which has paid clubs to take part.

Blockchain and cryptocurrencies have no physical form and exist only as strings of computer code.