Rory McIlroy picked up five shots in his last five holes to fly up the leaderboard and sit just one shot off the lead heading into the weekend at the Omega European Masters.

The Northern Irishman arrived in Switzerland fresh off winning USD 15million for his FedEx Cup victory on Sunday but was eight shots off the lead when he teed off in round two after a 64 had moved Gavin Green to 11 under.

McIlroy could not catch the Malaysian but he showed the sort of form that has won him four majors, posting a 63 to sit alongside Ryder Cup team-mate Tommy Fleetwood in second. World number two McIlroy, who has brought his wife and in-laws to Crans Montana, has admitted the pressure is off this week after his PGA Tour heroics, but he is still determined to lift the trophy at an event where he lost a play-off in his rookie season 11 years ago.

‘Going out this afternoon eight shots off the lead, you know there are scores out there but you don’t want to push too hard,’ he told Sky Sports Golf. ‘Getting myself much closer to the lead going into the weekend was nice.

‘It’s very easy for me to be patient this week after what’s just happened. Even if I do make a bogey, I’m having a good time here, I’m enjoying myself. That’s probably part of the reason why I finished like that after three bogeys in the first 12 holes. 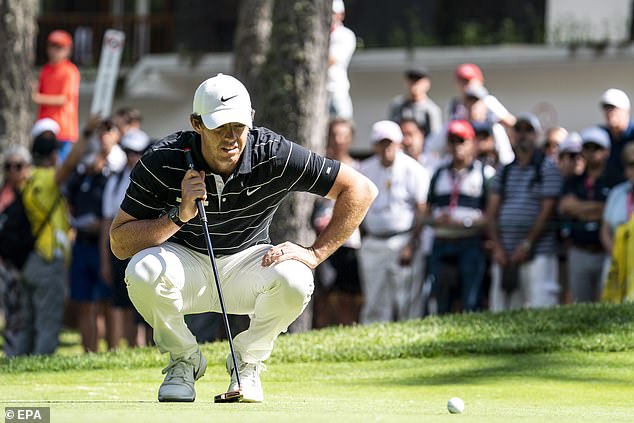 ‘I’m excited to give myself another chance to win. It would have been easy for me to take my foot off the gas after last week but I really wanted to come here and play well.’

McIlroy was two under for his round after 13 holes but huge drives on the two following par fives helped him go birdie-eagle and he added further gains with smart iron play on the 16th and 17th.

Englishman Fleetwood also went birdie-eagle on the 14th and 15th and then picked up shots on the seventh and ninth in a second consecutive 65.

Australian Wade Ormsby, Argentinian Andres Romero and Austrian Matthias Schwab were also a shot clear of Green, who made eight birdies and two bogeys in his round. 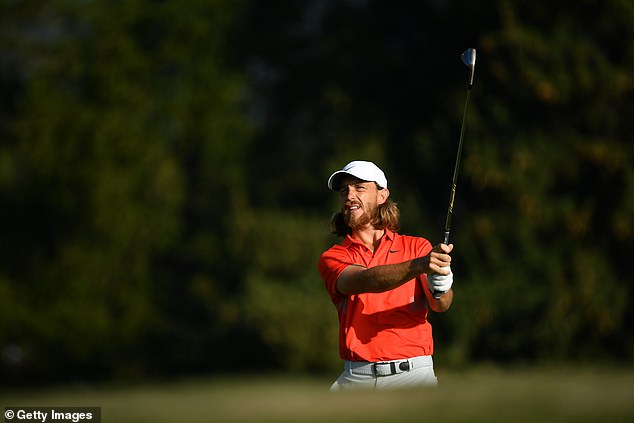