Manchester United fear Luke Shaw could be out for five weeks with a hamstring injury.

The 24-year-old pulled up during the first half of Saturday’s defeat by Crystal Palace and was replaced by Ashley Young.

Scans have since confirmed he is facing at least a month on the sidelines ruling him out of Premier League games against former club Southampton, Leicester City, West Ham and Arsenal. 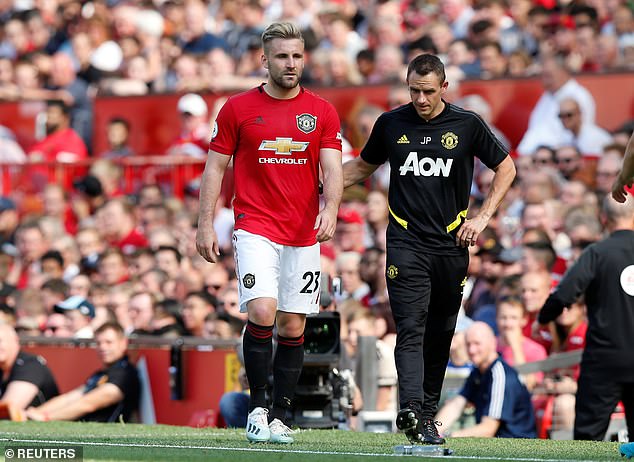 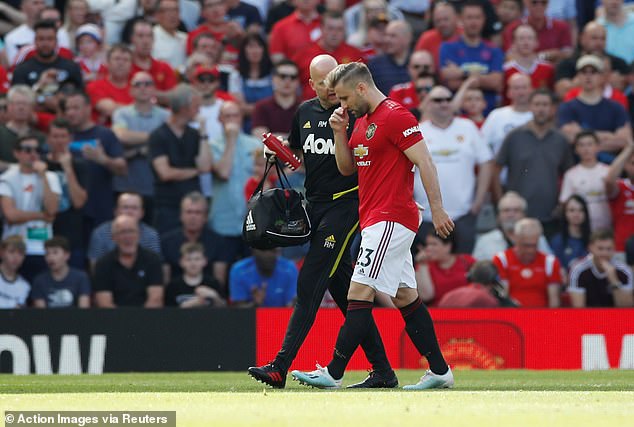 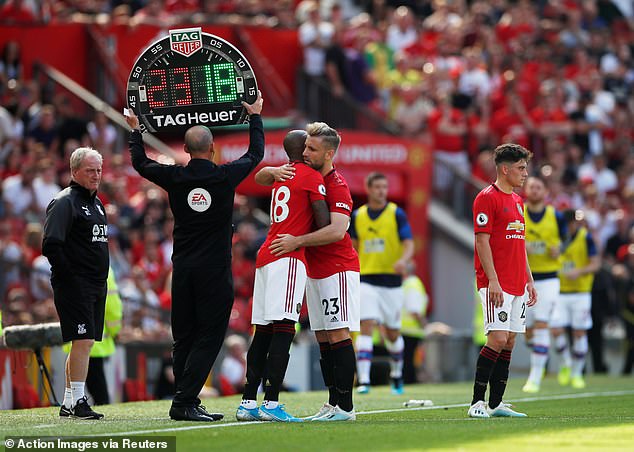 The news comes as a blow to manager Ole Gunnar Solskjaer as he looks to get his side back on track at Southampton this weekend following an indifferent start to the season.

Solskjaer is more hopeful over Anthony Martial’s thigh injury however and the Frenchman’s recovery will not have an influence over whether Alexis Sanchez stays or departs before September 2.

Talks are continuing with Inter Milan over a season loan deal for the Chile international forward while United have also fielded further enquiries for full back Matteo Darmian who is keen to return to Italy.

‘Alexis is a quality player. We don’t have loads of options,’ Solskjaer said.

‘If there is an offer that’s good enough for the club and him maybe he will go, but if not then he’s still our player and he’s a quality player.’ 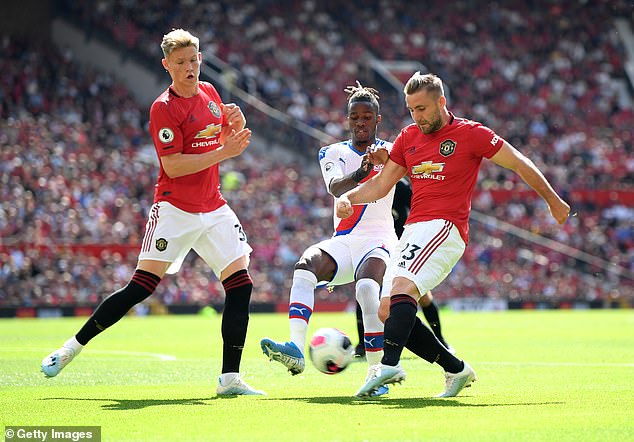