Everton stars Andre Gomes and Jordan Pickford paid a visit to Alder Hey Children’s Hospital to hand out gifts and play FIFA – with the Portuguese midfielder hilariously missing a penalty while controlling Liverpool on the game.

The pair spent time talking to patients, their families and staff and delivered presents including Everton shirts, signed photos, footballs and other gift items.

The Portuguese midfielder also took on the Toffees’ stopper on FIFA as their arch-rivals Liverpool, winning a penalty. 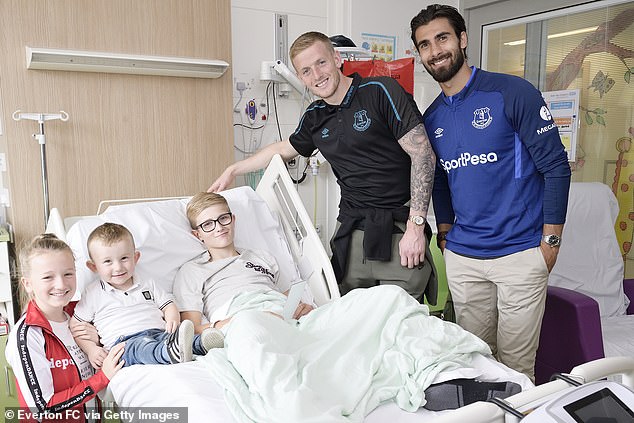 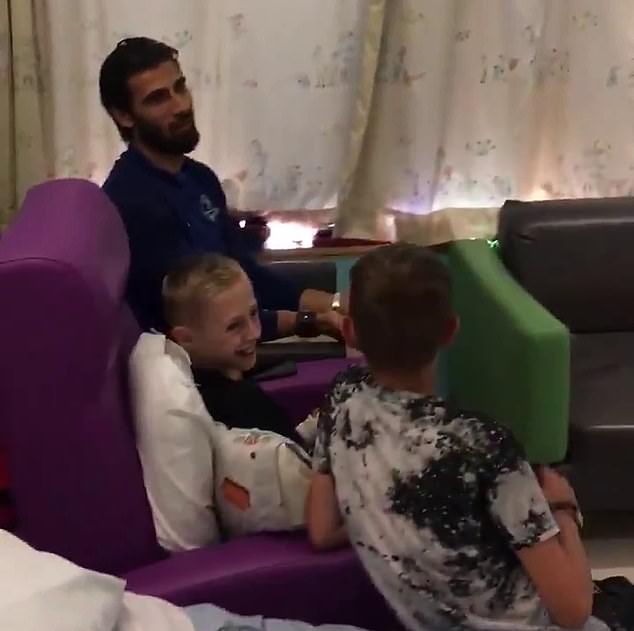 However Gomes, playing as Mohamed Salah, appeared to deliberately lash the spot-kick over the bar.

Lifelong Everton fan and ward matron Kelly Black was also presented with a signed shirt from the team.

The Toffees have enjoyed a steady start to the Premier League season, drawing with Leicester before beating Watford at home thanks to Bernard’s goal.

Next up for the Merseyside club is a trip to newly-promoted Aston Villa on Friday night. 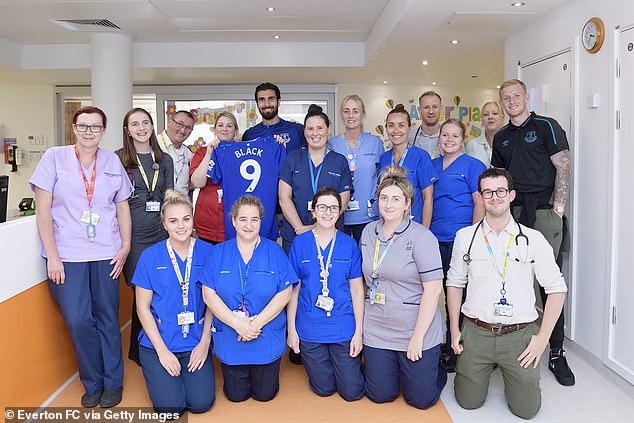 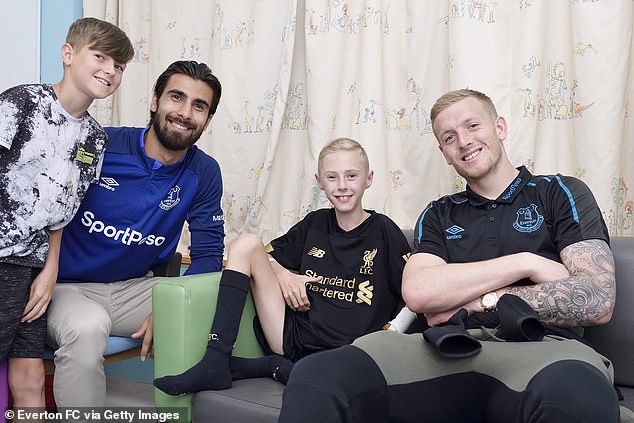