By Jack Gaughan For The Mail On Sunday

Pep Guardiola offered a withering assessment of VAR, claiming the technology lacks any consistency after Manchester City were denied a stoppage-time winner against Tottenham.

Gabriel Jesus’ 92nd-minute goal was disallowed after Aymeric Laporte handled in the build-up and Guardiola was left seething by contradictions in matches over the last week. 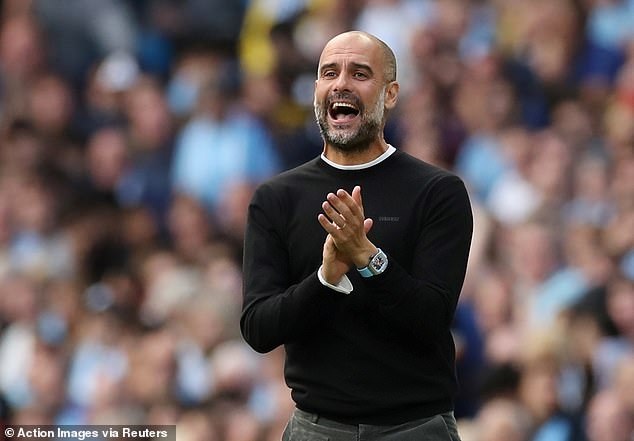 ‘They have to fix it,’ Guardiola said. ‘The whistle inside matches now isn’t quite clear. Christiansen isn’t hands and Laporte today is hands. That is what we need to qualify.

‘Why is it not hands with (Fernando) Llorente (in last season’s Champions League quarter-final) and why is it hands today? Sometimes they believe it is hands and sometimes not.

‘It happened last week with Wolves and we saw for Chelsea on Wednesday – the keeper wasn’t on his line – Adrian in the penalty shoot-out.’ 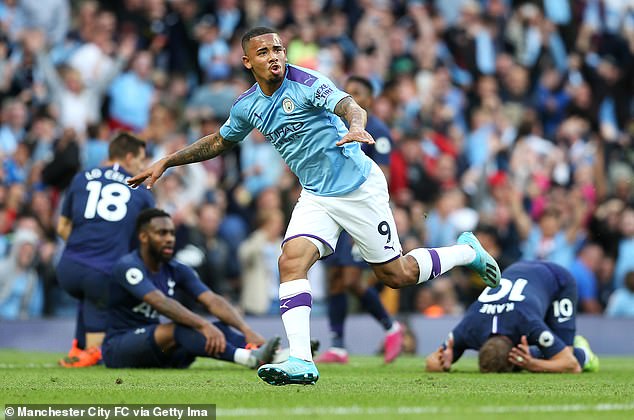 Guardiola was also fuming that VAR did not award a penalty when Erik Lamela had his hands around Rodri inside the Tottenham box before half-time.

‘It’s a penalty,’ he added. ‘Rodri went down but VAR in that moment was taking a coffee.’

‘You have to see it properly. But we saw the game, one conducted for the officials. Ask the VAR, ask them in London, the big bosses.

‘What happened in the Champions League, the last minute from Raheem (Sterling) and today is the same. It’s tough because we play good and we score a nice goal in the last moment.

‘‘The first time they crossed the halfway line they scored a goal and the second one was a set piece,’ Guardiola said of Saturday’s match. ‘Tottenham are second-best team in Europe and it was an incredible performance. One of the best since I have been here.’

Hugo Lloris admitted he could not see the VAR officials overturning the goal.

‘To be honest I thought it was a goal,’ the Tottenham captain said. ‘The way the referee took his decision was 100 per cent, then VAR cancelled the goal and it’s a bit unlucky for City. 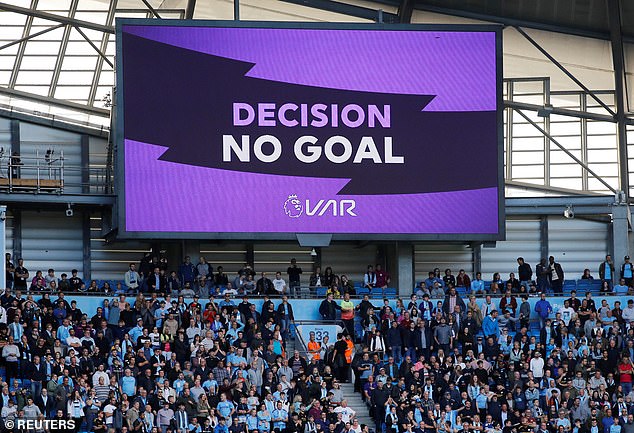 Scenes of joy erupted in the Etihad, only for VAR to break the hearts of the home supporters

‘Anyone can have a different interpretation about this clip, but we are very pleased with the point. Lucas deserved a lot of credit.

‘I just asked him what’s happening. I had a look to the screen and we realised there was a handball.

Mauricio Pochettino is convinced Tottenham will be on the receiving end of rotten decisions this season.

‘I was a bit critical in the past, but I am going to accept the rules and I will in the future because for sure some will be against us,’ Pochettino said.

‘We were upset in that moment but realised it was going to VAR and as we checked and I said it’s handball. It is the same emotion in the as Champions League, we were out and then we are in. It’s amazing to happen at this stadium with VAR and Tottenham.

Jockeys face threat of a blanket ban on using the whip