Ashley Cole has confirmed his retirement from football live on TV during the build-up to Chelsea‘s Premier League clash with Leicester City.

The 38-year-old last played for Derby County last season, having been signed on a short term deal by former Chelsea team-mate Frank Lampard.

His retirement brings to an end a career which saw him win three Premier League titles, eight FA Cups and the Champions League. 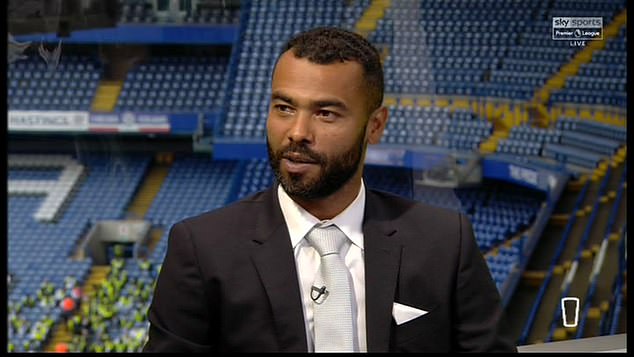 Cole was often a divisive figure during his player career, having stunned Arsenal fans by leaving his boyhood club for Chelsea back in 2006.

The move was soured by comments in his autobiography, which saw him claim he nearly ‘swerved off the road’ when he received a contract offer of £60,000 a week from the Gunners, rather than his desired £65,000 a week salary.

That revelation saw him nicknamed ‘Cashley’ by supporters, but on the pitch his reputation continued to soar as he developed into arguably the finest left-back in world football.

At international level, Cole was one of the first names on England’s team sheet throughout his Three Lions career, as he won 107 caps for his country.

After eight years at Chelsea, he left the club and spent two years at Roma before another two-year spell in America with LA Galaxy.

Last season, he made nine appearances for Derby after joining the club on a six-month deal in January, as the Rams were beaten in the Championship play-off final.

Lord’s chosen to host the first Hundred final next August