Marko Grujic’s second spell in the Bundesliga got off to an impressive start on Friday as he scored in Hertha Berlin‘s 2-2 draw with Bayern Munich – but his goal came at a cost.

The midfielder clattered heads with Bayern defender Benjamin Pavard as he won an aerial challenge that started the move for his goal, where he ended up rounding Manuel Neuer and passing into an empty net to put his side 2-1 ahead.

He required treatment soon after scoring and after the match was over, Grujic showed off the result of his clash of heads in the shape of a shiny black eye. 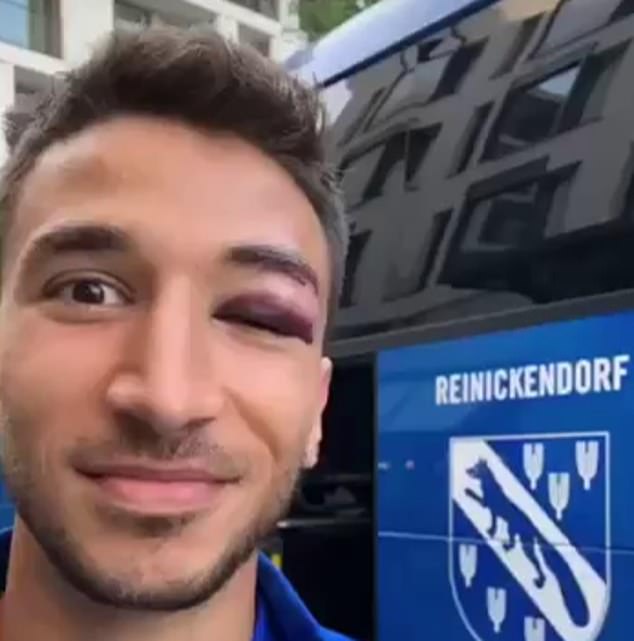 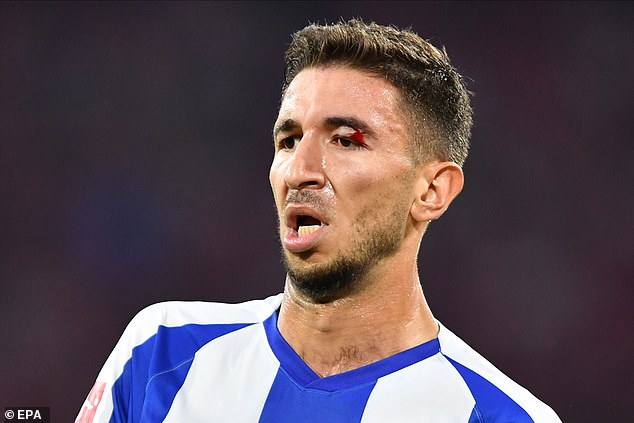 Grujic’s night on the pitch did have another downside as he later conceded a VAR-checked penalty by pulling Robert Lewandowski’s shirt.

The Poland striker duly scored from the spot in the 60th minute but a draw away at Bayern is still a respectable result for Grujic’s side.

The 23-year-old is back in Berlin for a second straight season-loan with Liverpool’s midfield currently too packed for him to have regular first-team football. 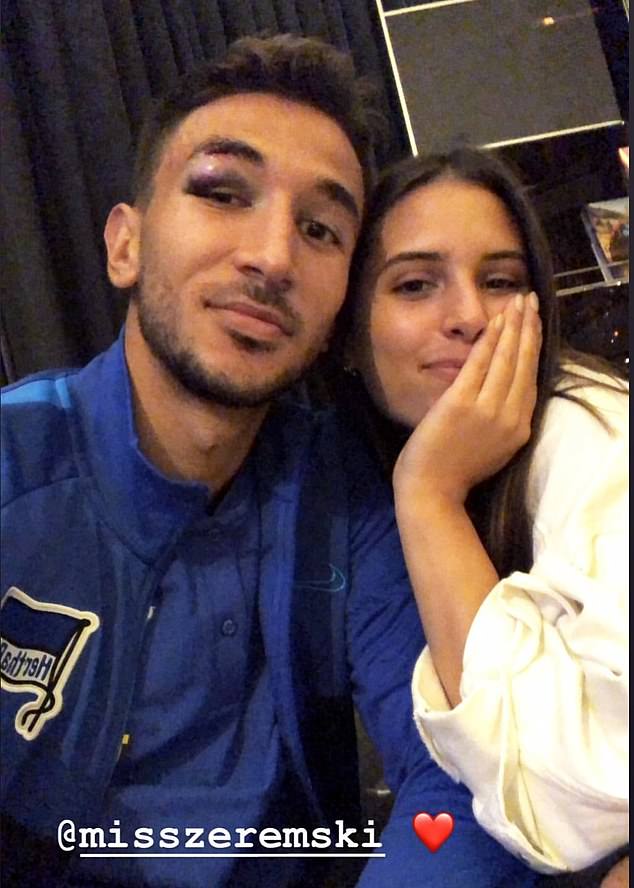 Grujic poses with his girlfriend, Mia Zeremski, after the end of Friday’s game in Germany 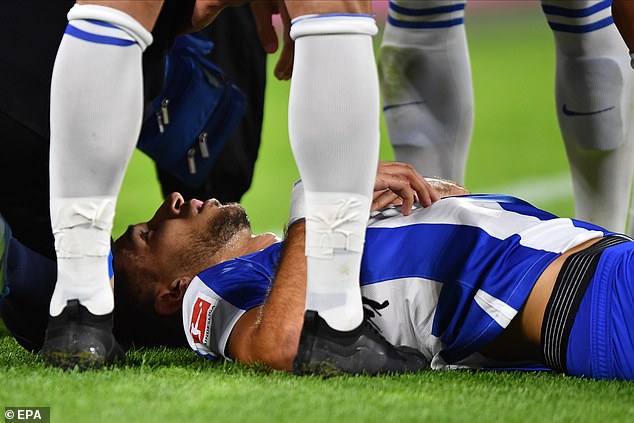 Shortly after scoring, Grujic stayed down and needed treatment for his injury on the pitch

The Serbia international was Jurgen Klopp’s first full signing as Liverpool manager in a £4.5m deal from Partizan Belgrade in January 2016.

Grujic has played 14 times for Liverpool since arriving at Anfield.

DAWN ASTLE: I speak for the old players dying in their...