After confirmation that Super Cup shootout hero Adrian was fit after his bizarre fan-inflicted ankle injury, it was the name of Alex Oxlade-Chamberlain that jumped out on the Liverpool team-sheet.

Jurgen Klopp handed the 26 year-old his first league start since April 2018 against Southampton this afternoon.

It has been a long road back to Liverpool’s Premier League starting team for Oxlade-Chamberlain after the horror knee injury he suffered in a Champions League semi-final against Roma the season before last. 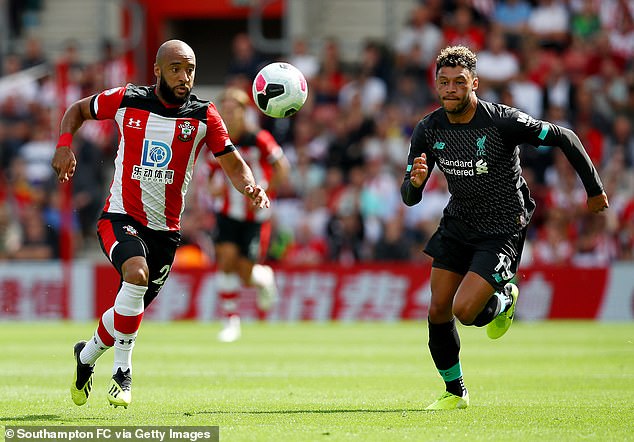 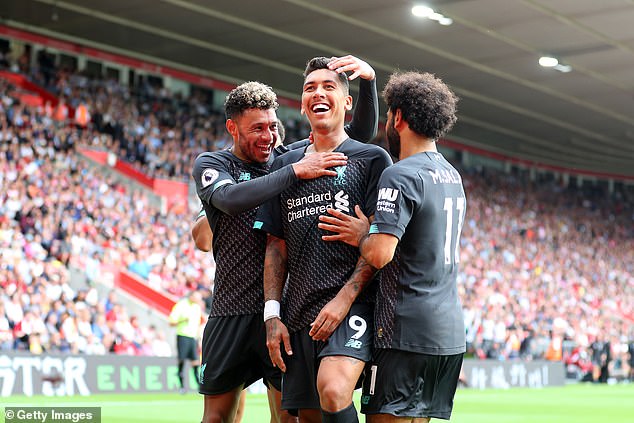 Klopp admitted he made a mistake deploying Oxlade-Chamberlain in a wide role in the Super Cup win over Chelsea and he was withdrawn at half-time in Istanbul.

But it was fitting that he looked much more comfortable in the familiar surroundings of St Mary’s, the place he used to call home.

Oxlade-Chamberlain burst onto the scene as an exciting, teenage wide player/attacking midfielder at Southampton.

He still possesses those qualities that helped him stand out at and emerge from Southampton’s famed academy.

But there is now much more to his game now, understandably, a decade on.

Klopp’s decision not to make any major signings this summer to improve Liverpool’s chances of finally securing that elusive Premier League crown may have raised eyebrows.

It was one taken with the returns of players like Oxlade-Chamberlain. He fits nicely into that ‘like a new signing’ category. 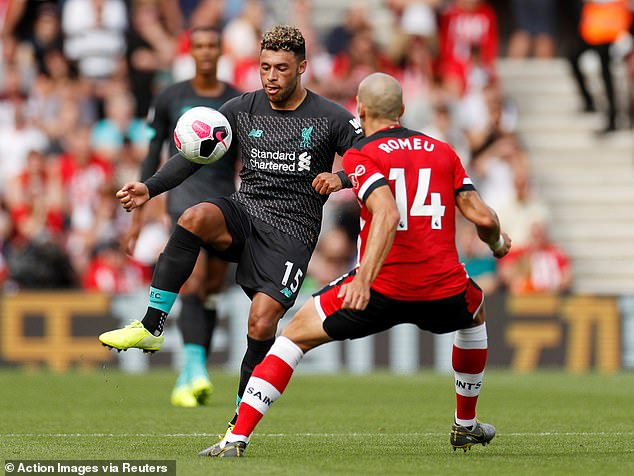 Oxlade-Chamberlain felt like a new signing on Saturday afternoon, fitting straight in 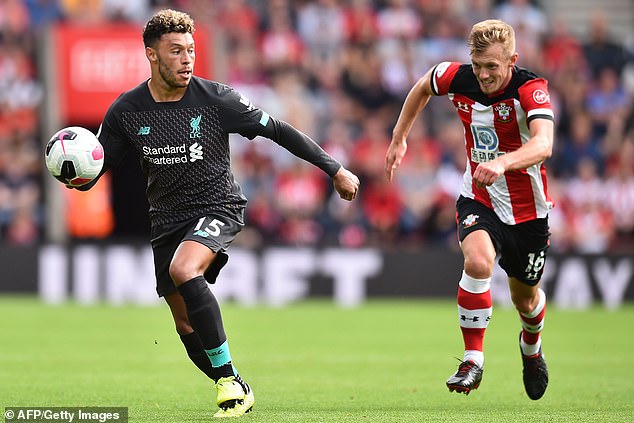 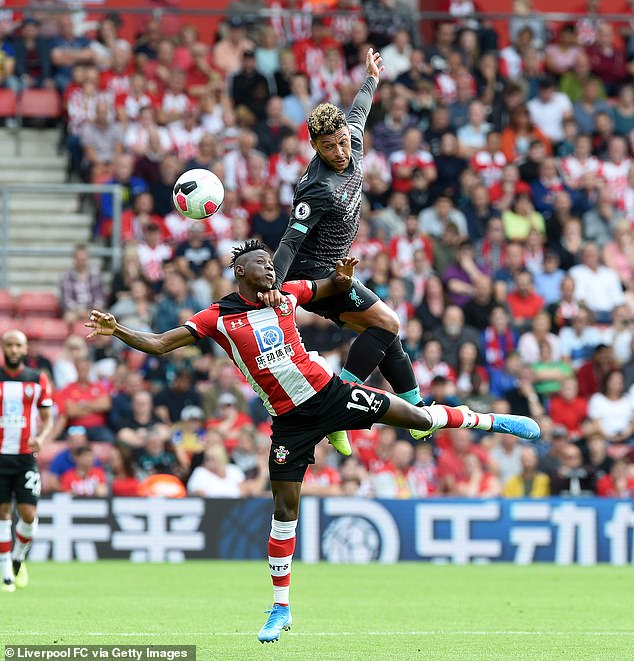 If you are looking for any chinks in Klopp’s squad you might point to the need for a greater attacking threat from midfield to supplement the runners and dictators they already have.

Oxlade-Chamberlain showed how he will help on that front against Southampton. He was Liverpool’s standout performer in the first half.

With one driving run from midfield, dangerous cross from the right and scuffed cross shot wide Oxlade-Chamberlain made his presence felt inside the first 12 minutes.

He was Liverpool’s fourth attacker and the first to get forward and support their famous front three.

At times he was even ahead of them such was his determination to impact the game in the final third. Just the sort of added attacking option Klopp needs. 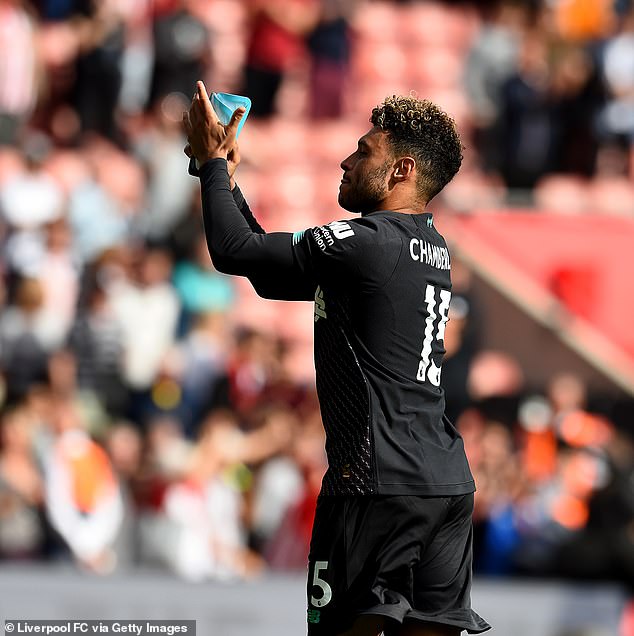 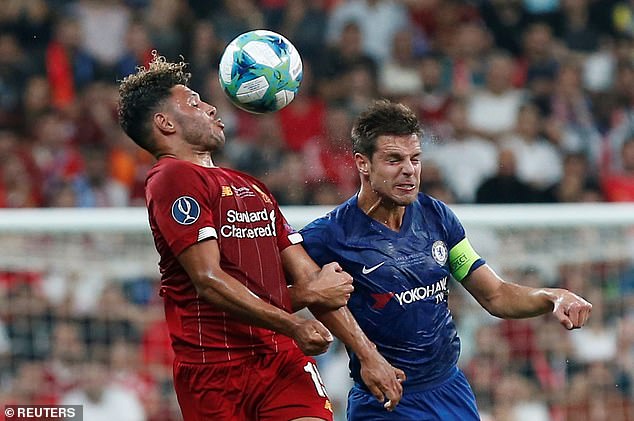 Oxlade-Chamberlain also displayed the discipline and energy to get back and support Liverpool’s defence, not least when he was the one who raced back to fill in for an out-of-position Trent Alexander-Arnold and snuff out the danger posed down the left by Nathan Redmond.

His range of abilities and flexibility increased Liverpool’s fluidity and unpredictability. At one stage he popped up on the left hand side, having started on the right of the Reds’ midfield three, and then went into the front three, allowing Roberto Firmino to drop into midfield.

Then it was back out onto the right hand side to send in the cross that Southampton failed to truly clear and which eventually led to Sadio Mane’s opener.

The forward runs, neat and inventive passing but also diligent tracking back continued from Oxlade-Chamberlain after the break. 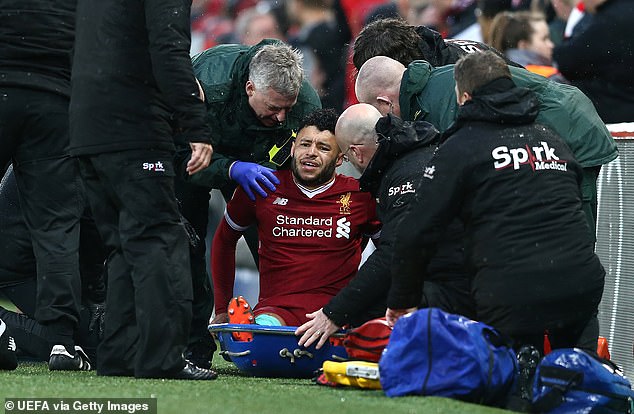 And one cheeky flick and another outside of the ball pass to keep increasingly-dominant Liverpool on the attack underlined his growing confidence.

When Adrian’s howler set up a nervy finale for Liverpool Klopp called for the composure of Jordan Henderson to replace Oxlade-Chamberlain for the final few minutes.

It was so long since he last played 90 minutes it would have been no surprise if tiredness was kicking in.

But his early withdrawal also allowed Oxlade-Chamberlain to soak up the deserved acclaim from both sets of fans inside St Mary’s after his encouraging return to Liverpool’s Premier League starting XI.

Andy Ruiz Jr reveals he turned down an offer from WWE...

A poor 20 minutes in Cardiff means clash with Scotland is...