By Dominic King for MailOnline

Naby Keita provided Liverpool with an injury scare on the eve of their UEFA Super Cup final against Chelsea on Tuesday night.

The midfielder left the pitch during the Reds’ evening training session, accompanied by one of the club’s fitness coaches.

Though he wasn’t limping, he appeared to be in some discomfort and looked to be concerned as he came off the dry and bobbly pitch at the Vodafone Park in Istanbul. 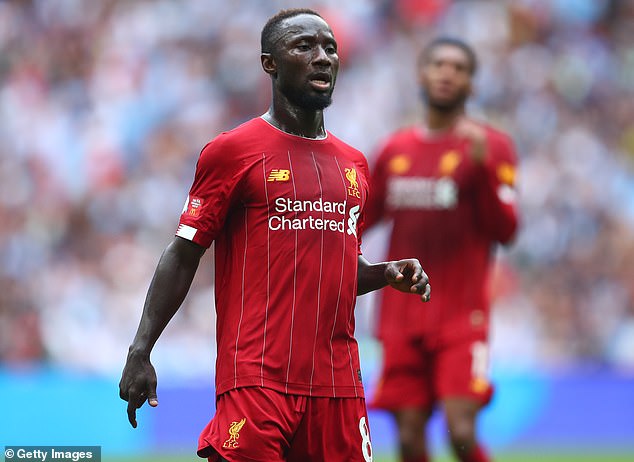 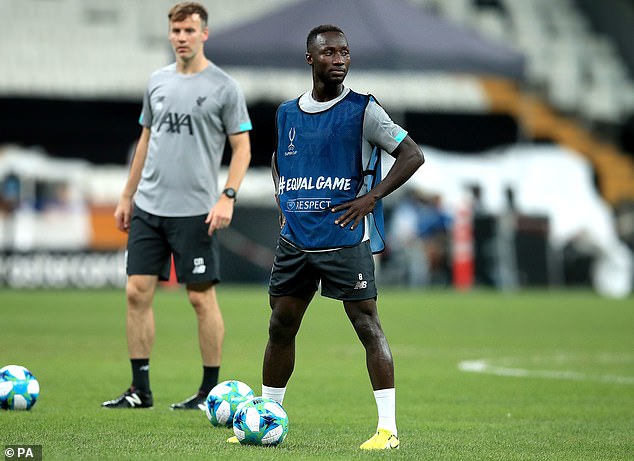 It has been a frustrating time for Keita, who was forced to pull out of the Africa Cup of Nations after a recurrence of the thigh injury that had kept him out of Liverpool’s Champions League final triumph.

He only rejoined Jurgen Klopp’s men for full training two and a half weeks ago in Evian, where the club trained on the shores of Lake Geneva during one of their summer camps.

He appeared in the 3-1 friendly victory over Lyon  in Geneva, and the Community Shield final against Manchester City, before being named as an unused sub during the opening day win against Norwich City.

Liverpool will assess the midfielder on Wednesday, when they will hold one final training session before the game, before making a decision on the midfielder.

Manchester United should sell Paul Pogba in January… his presence is...