The kids are alright! Frank Lampard hits back at his Chelsea critics and says he has ‘no fear’ of playing youngsters against European champions Liverpool as they prepare for formidable Super Cup test

Chelsea boss Frank Lampard says he will continue to blood the club’s young players despite criticism from Jose Mourinho after the club’s 4-0 defeat to Manchester United.

Lampard handed starts to Kurt Zouma, Andreas Christensen, Mason Mount and Tammy Abraham at Old Trafford but saw his side torn apart in the second half.

Mount was singled out for criticism by Mourinho after the game, but Lampard has stood by his selection and says Mount and the rest of the club’s youngsters deserve their chance. 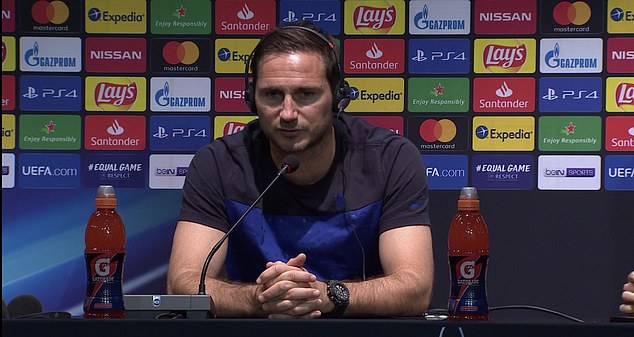 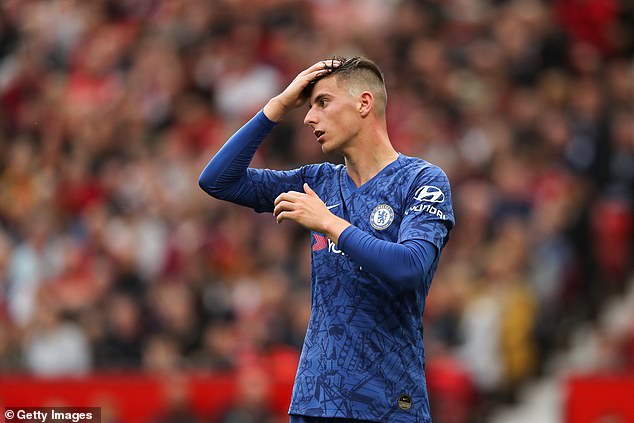 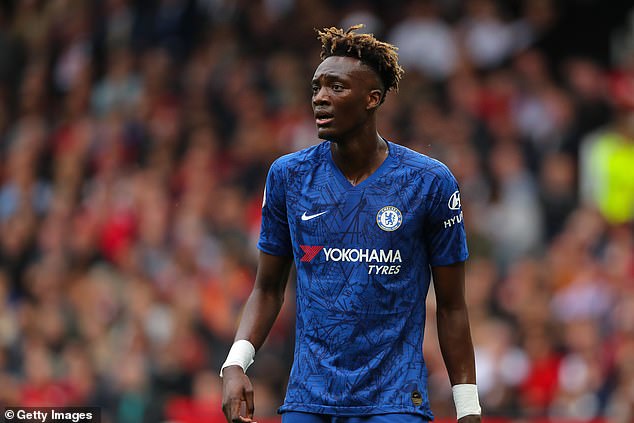 ‘Kante was purely because he had an injury,’ said Lampard ahead of Wednesday’s Super Cup final against Liverpool. ‘I am very aware of how important he is. He picked up another small injury in the game, so we are assessing that.

‘I pick the best team to win the game, regardless of age. Mount deserves his chance on merit, I won’t fear to play young players. In terms of how we set up, I really liked some of our aggressive off the ball work.

‘With Mason Mount, I don’t like to compare, particularly with myself. He has a great work ethic and it’s an important part of how we want to play. Scoring goals he will step up levels as he develops, I’m a huge fan of his.’

Lampard has admitted he would’ve preferred to have played several of his experienced players alongside his youngsters but says injuries meant there was little he could do.

‘Kante has a small injury and I will make a decision with that with him,’ he added. ‘Willian and Rudiger are here and they are in different stages. Willian is not far from fit, to put him in a high intensity match is tough. He will be working through this week on fitness. Tomorrow he will be on the bench. Similarly with Rudiger.’

Some critics have suggest Chelsea are yet to find an adequate replacement for Eden Hazard following his summer move for Real Madrid and while Lampard was quick to praise the winger he says they must move on. 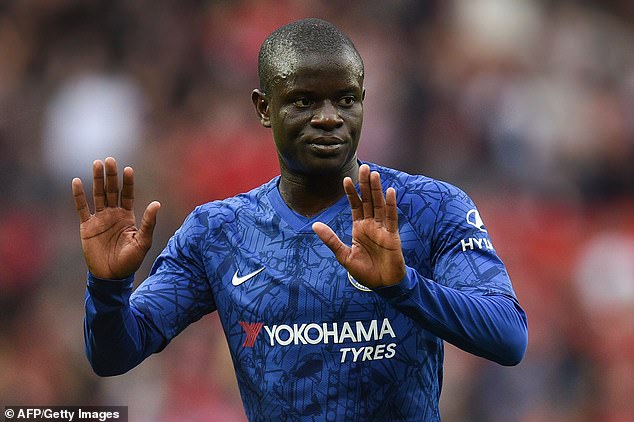 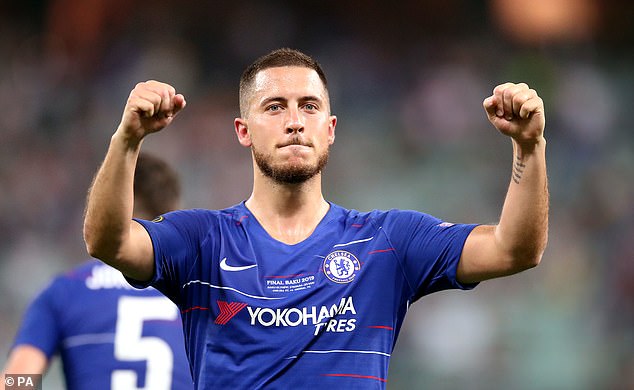 ‘I was a huge fan of Hazard, (he’s) one of the best in world football, over his time at Chelsea one of the most productive and a leader,’ he said.

‘You can’t replace him individually. But the good news and the positive news is that we have a group that can step up. The answer is that as a team we have to find a way to carry on. Hazard, Terry, Drogba, move on.’

Fran Kirby breaks down in tears on anniversary of mother’s death...