‘Tears in my eyes, I want Unai to extend his contract’: Arsenal fans heap praise on Emery as video emerges of their animated coach celebrating a Joe Willock tackle during Newcastle win

By Dan Ripley for MailOnline

Unai Emery had a mixed first year as Arsenal manager but it hasn’t taken him long in his second season to start gaining popularity among supporters.

The Gunners got off to a winning start on Sunday in the Premier League after winning 1-0 at Newcastle United.

But it wasn’t the three points that got supporters lauding praise on Emery, it was his touchline passion. 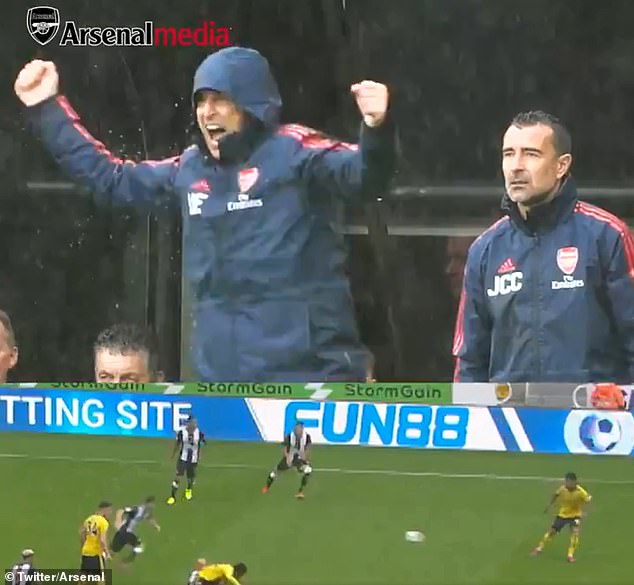 A video has emerged of the Spaniard punching the air with delight from his position underneath a wet hood on a rain sodden touchline after youngster Joe Willock tracked back to win a sliding tackle.

It nearly proved a pivotal moment in the game, with the turnover in possession leading to a counter attack which resulted in Pierre-Emerick Aubameyang seeing a shot crucially beaten wide by Newcastle keeper Martin Dubravka.

Arsenal’s Twitter account posted the clip online and fans were delighted at seeing the emotion and passion from the 47-year-old.

One claimed: ‘Tears In my eyes I want Unai to extend his contract’, while another posted a Simpsons meme featuring Barney Gumble to show how he wanted it injected into his veins.

Another added: ‘I absolutely adore Unai Emery as our coach! How can you not be inspired and motivated by his passion and heart for the game?’

Supporters even used the clip to demand that the team now deliver silverware, with one claiming: ‘These players must win something for this man this season.’

Comparisons with former manager Arsene Wenger are still not far away among the fanbase though and one claimed the ex-boss of 22 years would have: ‘stayed calm and smiled like the professional he is.’ 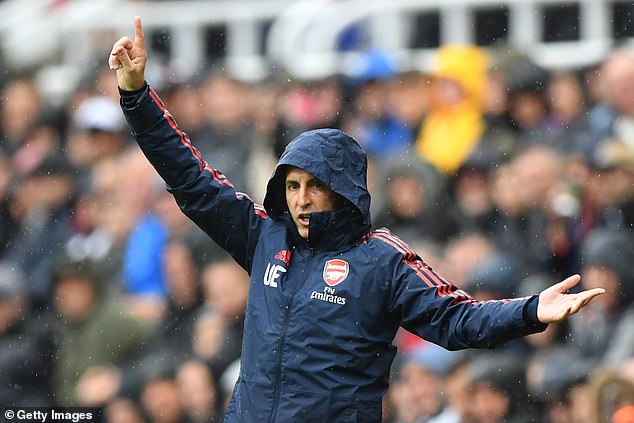 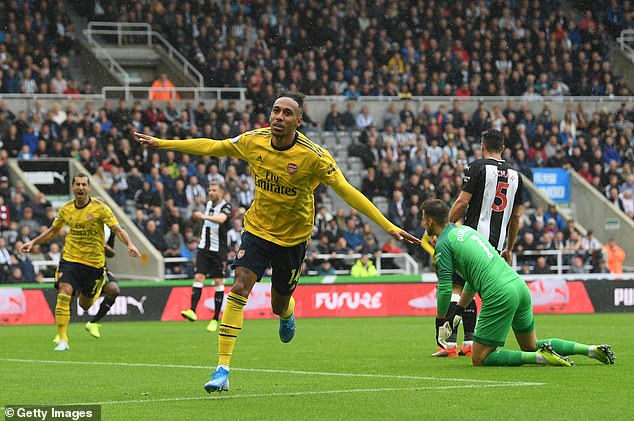 Following the win via a sole strike from Aubameyang, Emery praised the performances of Willock as well as fellow youngster Reiss Nelson.

He said: ‘They are young, they need to get confidence, to get experience. But we need to be winning.

‘We are helping them but pushing them and our demand is a very big demand.