Summer signings Sebastien Haller and Pablo Fornals both got on the scoresheet as West Ham beat Hertha Berlin 5-3 in an eight-goal thriller in Germany.

There were four goals in an action-packed first half, which saw the Hammers come from behind to equalise twice through Fornals and Manuel Lanzini. 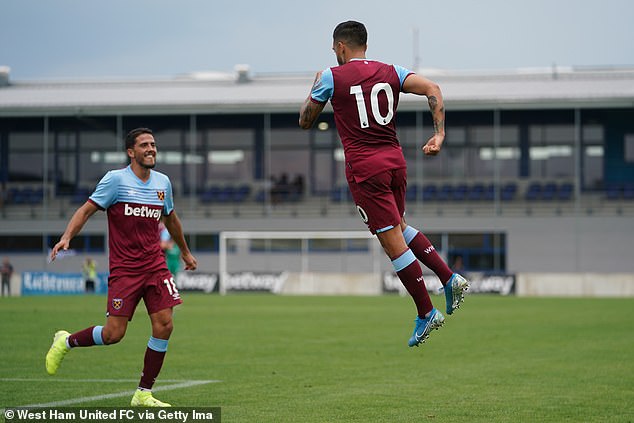 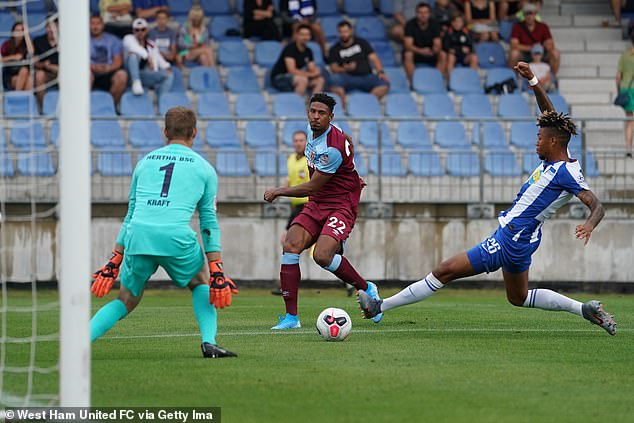 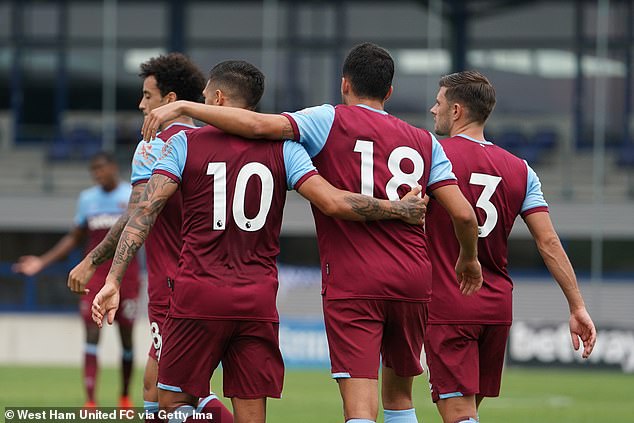 Eight minutes later, Diangana gave the visitors the lead for the first time on the night and Michail Antonio made it 5-3 late on as Manuel Pellegrini’s secured an entertaining win.

The Hammers got off to the worst possible start when Pascal Kopke put the hosts in front on four minutes but they levelled nine minutes later through Fornal’s powerful strike.

The game quickly descended into an end-to-end contest and Hertha took the lead for the second time on the night through Davie Selke.

But Pellegrini’s side again showed their character when Lanzi powered home a brilliant left footed strike from 22 yards out to make it 2-2 at half-time.

Both sides continued to attack in the second period and again it was Hertha who seized the initiative on 61 minutes when Kopke tapped home the rebound after Roberto had parried a shot.

Nine minutes later and there was yet another goal as Haller scored his first goal in claret and blue with a cool header into the far corner to make it 3-3.

Soon after, West Ham took the lead for the first time on the night through Diangana, who strode into the penalty area and swept home a fine effort.

Antonio then rounded off the scoring in injury-time following a fine move involving Diangana and Chicharito to seal a 5-3 win.

Get your FREE Premier League Fixtures Guide in association with Sky Sports, only inside Saturday’s Daily Mail

Leyton Orient players and staff ‘to be offered counselling’ after death...