By Joe Bernstein for MailOnline

Everton midfielder Idrissa Gueye expects to complete his £30million move to PSG as early as today after arriving in the French capital.

Providing there are no unforeseen problems with his medical this morning, the Senegal international will sign for the Ligue 1 champions in the afternoon – allowing him to fly back to the North-West on Tuesday to say his farewells on Merseyside and sort out personal matters like moving home.

Gueye, 29, was a popular figure at Goodison after signing from Aston Villa in 2016 but found the incentive of playing alongside Kylian Mbappe and Neymar in the Champions League too tempting. 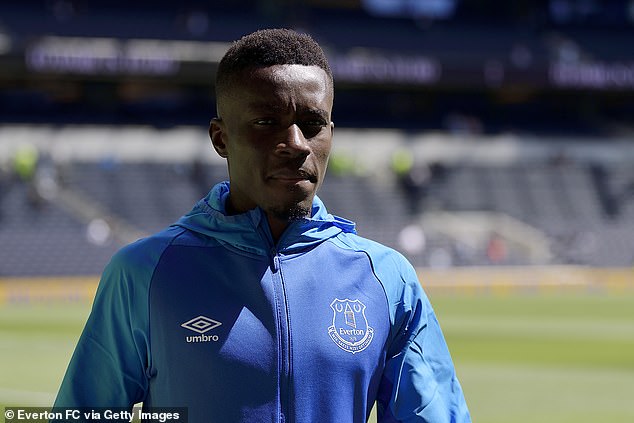 Though reluctant to sell Gueye, Everton didn’t want to stand in the player’s way once PSG had made an acceptable offer. Gueye, who started his career with Lille, scored four goals in 108 appearances for the Toffees.

Marco Silva has already signed one senior midfielder, Manchester City and England’s Fabian Delph, and may look for another now that Gueye’s departure is close to being confirmed.

Everton have been linked with Chelsea’s out-of-favour Timoue Bakayoko who plays in a similar position to Gueye, and reportedly shown interest in forwards Moise Kean of Juventus and Wilfried Zaha.