England fans might be wondering how on earth, only 10 days after their team won the World Cup, the Test side can be bowled out for 85 by Ireland.

But time and again, we’ve seen the Test batting line-up struggle. How often are they 30 for three, or worse? How often do we end up examining their technical failings? On a day like this, those failings were plain for everyone to see.

Both sides got what they wanted at the toss. You could see why England wanted to bat, because despite the pitch’s green tinge, it was very dry underneath, and the forecast means it’s only going to get drier. 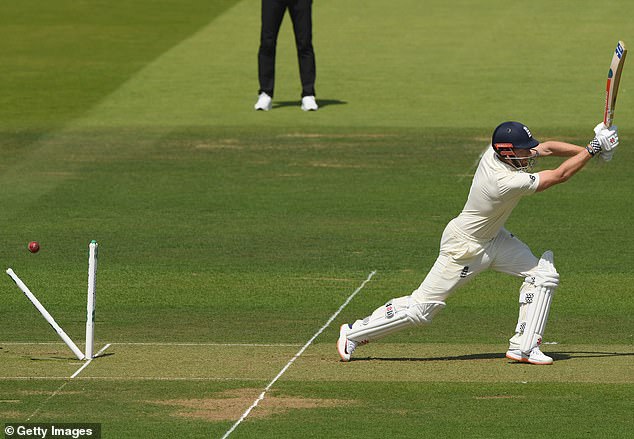 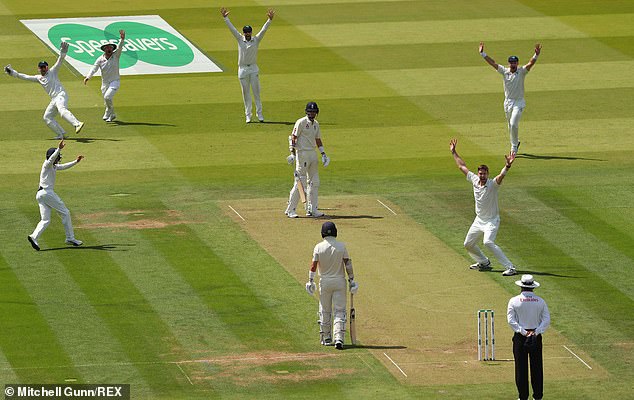 Equally, bowling first on that surface allowed Ireland into the game, and Tim Murtagh was the ideal man for the conditions: pitch it up, no pace, attack off stump, look for lbw, bowled and caught behind. It was good bowling – but that’s supposed to happen in Test cricket. You’re not just supposed to collapse in a heap.

The mindset in white-ball cricket, as we’ve just seen at the World Cup, is very different. You go out and attack, and if you fail you go out next time and you attack again. No one’s going to hold it against you.

But in red-ball cricket, bowlers pick up on the repetitive nature of dismissals. Across a five-Test Ashes series, against bowlers of the quality of Mitchell Starc, Pat Cummins, Josh Hazlewood and Nathan Lyon, that becomes a problem. 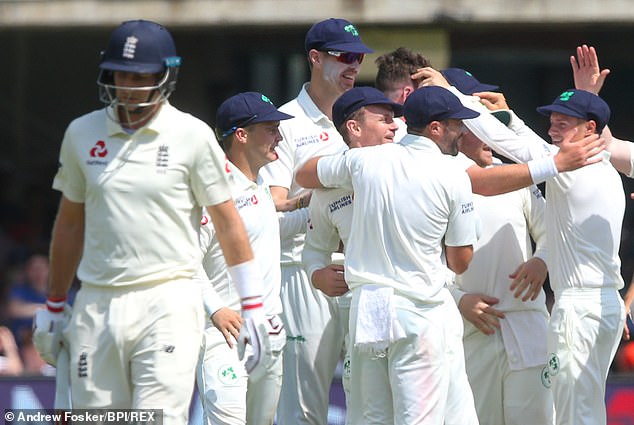 I’d have Jason Roy in my Test side, because he’s a real talent, but I’d have him in the middle order, where his game is better suited. He’s a bit like Kevin Pietersen in that respect: he plays out in front of his pad and favours the leg side.

But England faced a problem getting Pietersen to bat as high as No 4 in the Test team – and that sums up the general problem they face now. No one wants to bat at the top of the order, because techniques are failing.

MJ Leach not out 1

Even before Roy was out, he was playing around a full delivery with a closed face, and he was only saved from lbw because Mark Adair bowled a no-ball. In one-day cricket the ball doesn’t do as much and you can get away with more. But Test cricket is a different beast.

Joe Denly played round a straight one and was lbw. Rory Burns should have been aiming through mid-off, but closed his face and tried to hit Murtagh through mid-on – he edged to the keeper. Then Jonny Bairstow played way out in front of his pad, the bottom hand took over and – again – he closed the bat face.

English cricket has done a lot of things right over the last few years. Look at the World Cup. But finding an adequate Test top order following the retirements of Andrew Strauss, then Alastair Cook, is not one of them.

I remember talking to Cook last summer, and he reckoned the previous two years had been the toughest for batting in his career. With the drainage at England’s international venues so good now, groundsmen are worried about the pitch drying out too soon, so they keep a layer of grass.

Then there’s the fact that they’ve reverted to last summer’s batch of Dukes balls, with their more pronounced seam. If you’ve been scoring runs in county cricket against the new type of Dukes, it’s not going to help you much against Starc and Co. 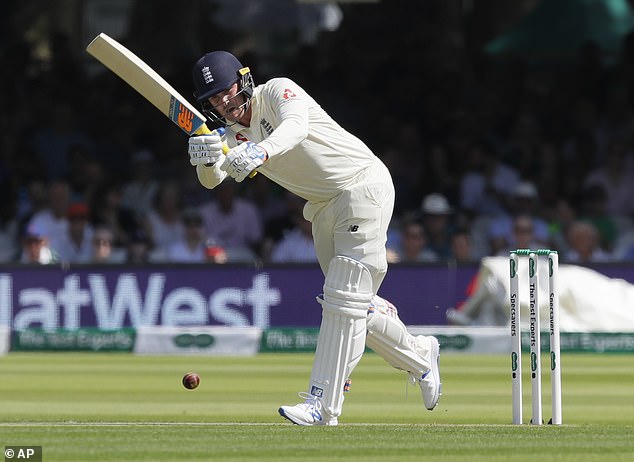 Jason Roy would suit the middle order when he is batting in Test cricket, Nasser Hussain says

It’s all very well people saying England should pick Dom Sibley or Zak Crawley, but what guarantee is there that these lads don’t have technical issues?

We’ve seen plenty of times over the past few years how players who are trumpeted at county level are picked for the Test team with glaring flaws in their technique – be it Tom Westley with his closed face, or Gary Ballance, who shuffles so far back in his crease.

For me, Joe Root should move up the order to No 3. I appreciate he feels he’s better suited to No 4, but you can’t tell me a player of his quality won’t flourish over a period of time just one place higher.

Who would Australia least like to see coming out to bat at 10 for one? Denly, Sibley, Crawley – or Root? And since he keeps arriving in a crisis, why not get him before the crisis starts?

Like New Zealand captain Kane Williamson, Root also has the ability to play the ball late, with soft hands, dropping it at his feet or towards gully. The fact that so many of England’s batsmen go at the ball with hard hands is just one of the many technical issues our game needs to address right now. 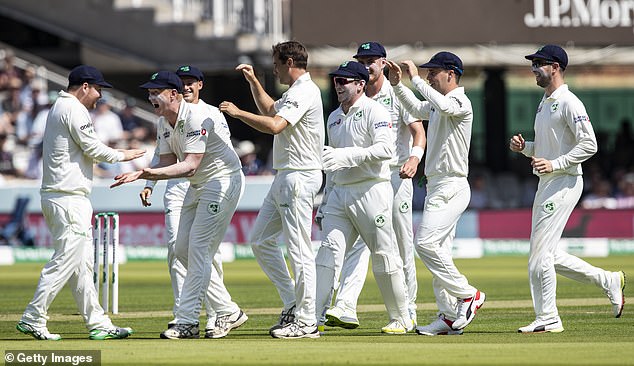 Australia won the toss and opted to field in the first Ashes Test at the Sydney Cricket Ground, with Charlie Turner (15 for six) and JJ Ferris (27 for four) working their way through the tourists in 35.3 four-ball overs. England went on to win the Test by 13 runs.

England needed 193 in their second innings to beat the Windies in the third Test, but Curtly Ambrose had other ideas. A 10-over spell yielded six England wickets for 24 runs, with Alec Stewart the only tourist to record double figures.

The Windies had a 74-run lead after the first innings in the First Test but skittled England to avoid having to bat again. Jerome Taylor took a five-for, costing only 11 runs. England found themselves on 26 for seven after 20 overs as Andrew Flintoff top scored with 24.

The worst England innings score on home turf came in 1948 against Australia in a Test where Donald Bradman went for a duck which reduced his Test average to 99.94. Australia were 3-0 up in the Ashes going into the Oval Test but Leonard Hutton stood strong while his team-mates fell one by one.

The first Ashes Test in 1888 has three entries in the lowest 50 Test innings scores of all time, led by a first innings flop by the home side. Chasing a 116 set by Australia, England fell to 22 for six and 26 for seven before recovering as Johnny Briggs was the last man to fall on 17.