A year after his stunning Champions League final winner, Gareth Bale is being dumped by ruthless Real just like Mesut Ozil and Angel Di Maria. So, how did his Madrid dream go so spectacularly wrong?

Zinedine Zidane’s desire to sell Gareth Bale goes back to the middle of last season and was, in part, the reason why he left the club in the summer.

Zidane knows how Real Madrid works as a club. There cannot be signings without sales and he has long identified Bale as the man he wanted to cash in on to bring the likes of Eden Hazard and Paul Pogba into what would be ‘his’ Real Madrid.

He knows that behind every big earth-shattering transfer at Real Madrid there has to be an almost equally tremor-inducing sale. 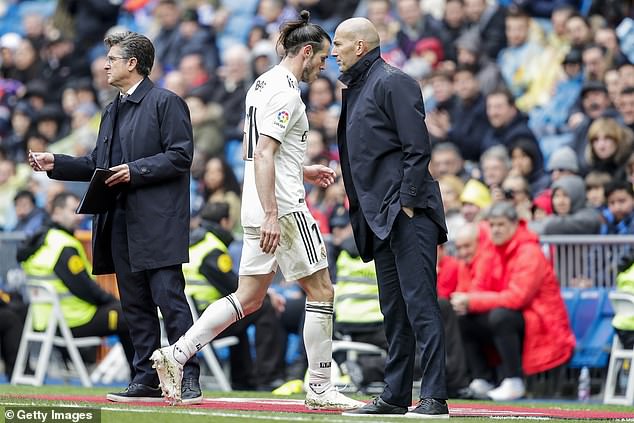 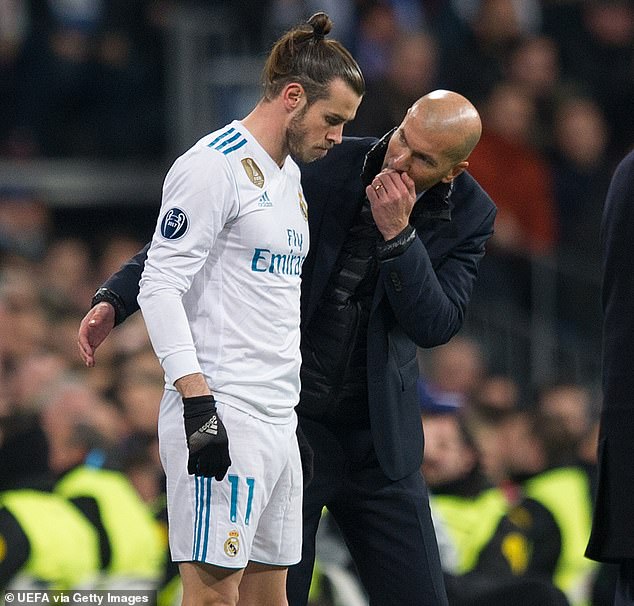 In 2013 when Bale arrived it was Mesut Ozil who was pushed out to make way for him. In 2014 when Real Madrid signed James Rodriguez they forced out Angel Di Maria. His transfer to Manchester United paid for the Colombian’s arrival.

Di Maria did not want to go to Old Trafford – it showed most of the time during his one season – and Ozil was not crazy about leaving to join Arsenal but both players were left with little choice.

Bale is now the man being pushed out. He has rejected the opportunity to move to Manchester United in the past. That offer this season was no longer on the table. With the rest of Europe’s big clubs reluctant to invest millions in a 30-year-old, China now looms.

He does not particularly fancy it but he might have little choice. Zidane is close to winning the war of the wills. 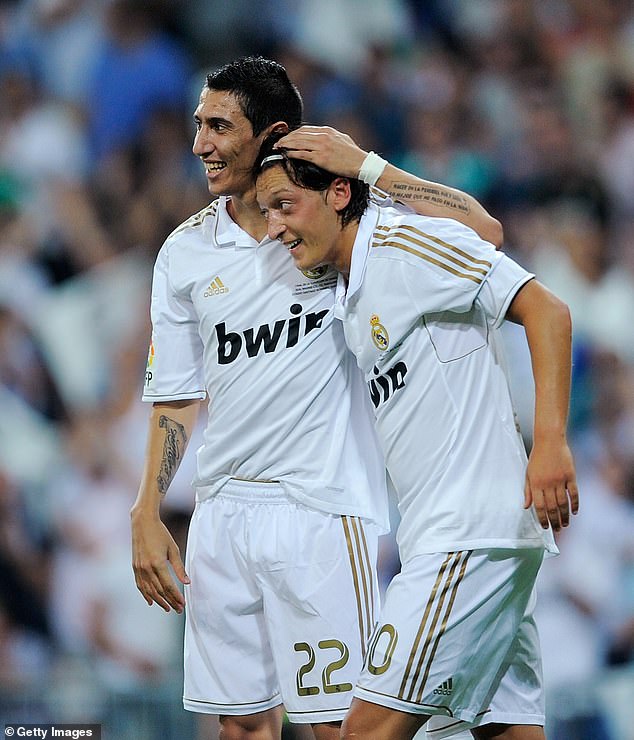 The bad feeling can be traced back to the middle of last season. Ahead of a Champions League first leg last-16 game against Paris Saint Germain he was dropped. He also took him off at half time in a game against Juventus – humiliating for a player who had already won three Champions Leagues with the club.

He wanted him to be sold last summer and Bale sensed it. Bale declined an interview with the club television channel after Real Madrid’s last home game of that season because so much had been made of it supposedly being his final match at the Santiago Bernabeu.

Despite being the club’s best player and top scorer during the run-in he was left out of the final in Kiev by a determined Zidane. 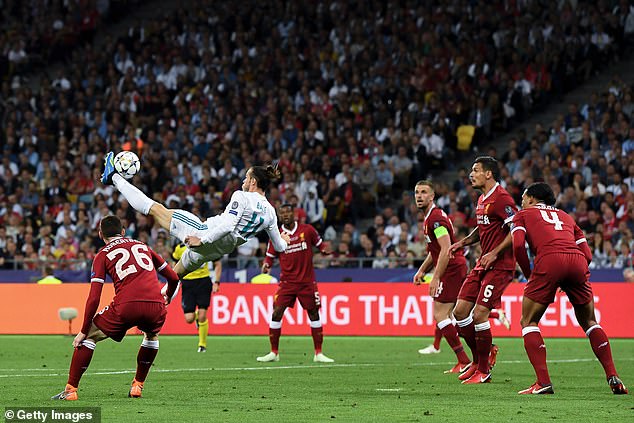 He then climbed off the bench to rescue the team with two goals. But that display only convinced Zidane that Bale would generate money for the rebuilding of the side.

Bale finished the season with 21 goals in 39 games but his comments immediately post-match had suggested he was very unhappy despite scoring the best goal the competition had seen since Zidane’s strike in Glasgow.

‘I was very disappointed to not be starting. I thought that I deserved to start,’ he said. ‘I want to be playing every week. And if I can’t do it at Real Madrid then I will have to do it elsewhere.’

It was part threat and part an anticipation of Zidane asking for him to be sold despite his wonder goal. 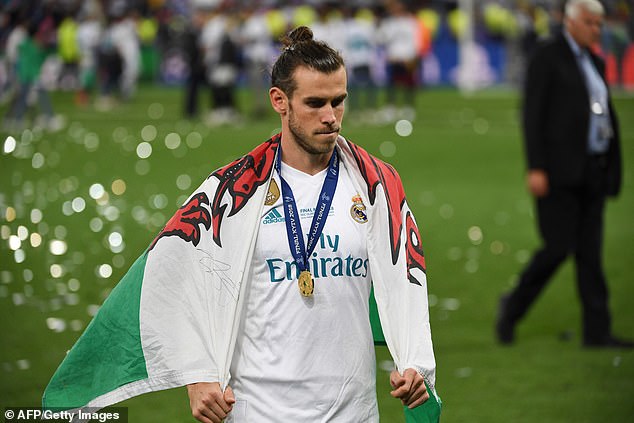 In the end it was Zidane who left the club. His suggestion that Bale be sold did not go down well.

Real Madrid president Florentino Perez had said after the final that his current squad was ‘difficult to improve on’ and labeled Bale ‘one of the best players in the world.’ 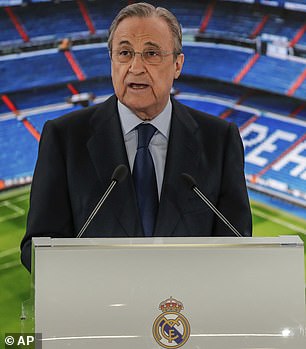 Madrid’s plans were to sell Ronaldo — not Bale. That was a major factor in Zidane walking away last summer. When he returned midway through last season it was soon evident that he had not changed his thinking. He still wanted Hazard and Pogba to be signed and he still saw Bale’s departure as the best way of financing the change.

The relationship between the two has worsened over time. Last season it was civil but distant, this season it has been cold and with exchanges reduced to a minimum.

Zidane called Bale in for a face to face meeting before the players went off on their summer holiday and told him to his face that he was not part of his plans – that he wanted him to look for another club.

The meeting was extremely brief with Bale making the point that he had a contract that ought to be honoured for three more years. 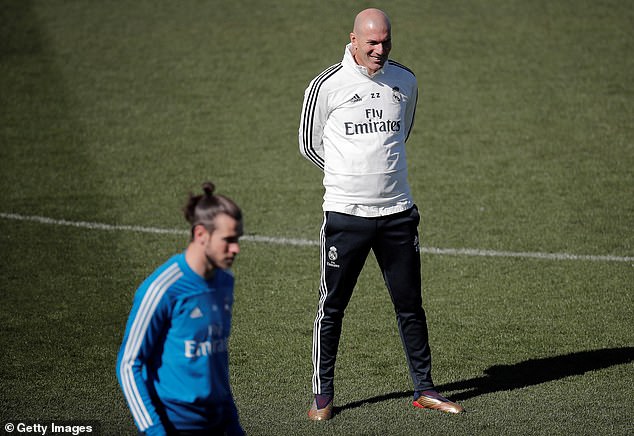 One to one contact is now almost non-existent, apart from – as on Saturday in Houston – Zidane’s need to tell Bale he’s not in the squad.

What’s changed since last summer is the demand for Bale. There would have been more takers after his performance in Kiev. Now the only suitors on the horizon are from the Chinese Super League.

They can pay Bale’s wages but the tax laws in China mean they can pay no more than token transfer fees. Zidane does not care about that. He wants Bale’s €17m (£15m) salary to be used to pay someone else. He wants Pogba in and Bale out. And he will not pick Bale again to make sure that it happens. 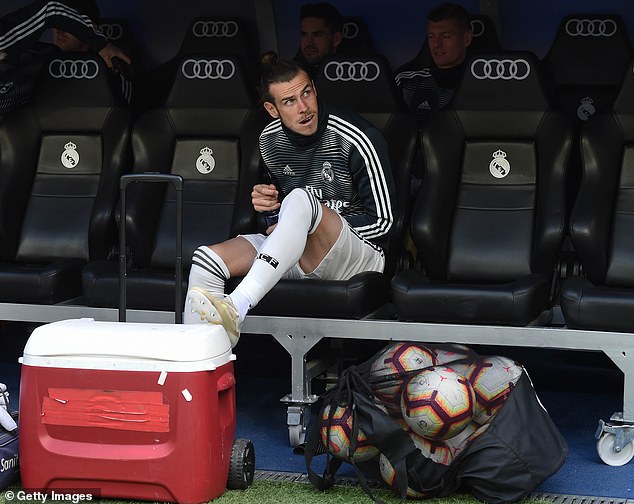 Cheltenham Festival set to go ahead as planned despite coronavirus outbreak

The curious case of Karim Benzema: Loved by Real Madrid, loathed by France

Chelsea 1-1 Leicester: Frank Lampard’s search for his first win as...