Dave Allen has been given the all clear after what looked like a nasty injury sustained during his clash at the O2 with David Price.

He suffered no broken bones after fears he had damaged his orbital, and also had no bleeding on the brain.

Allen simply had stitches in his eye, and even returned to the hotel at 2:40am with his eye bandaged up to shake his opponent David Price’s hand. 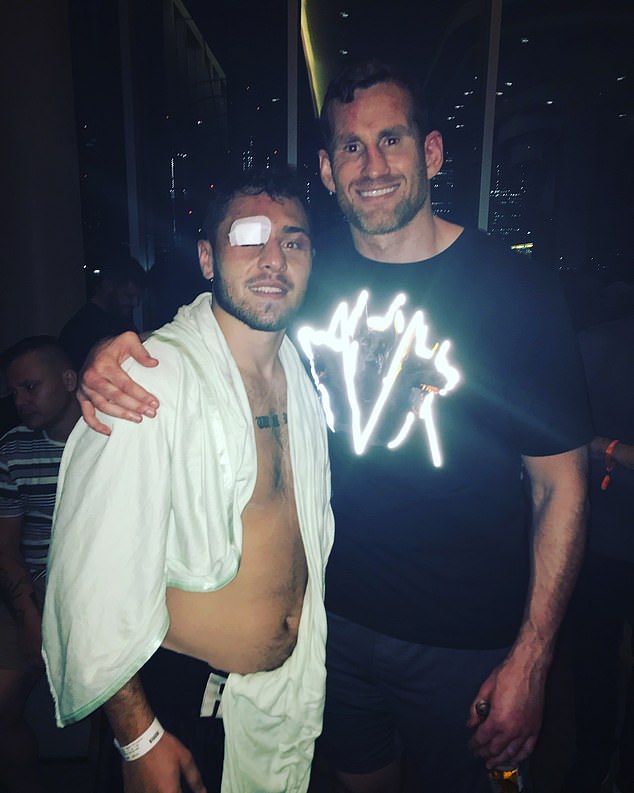 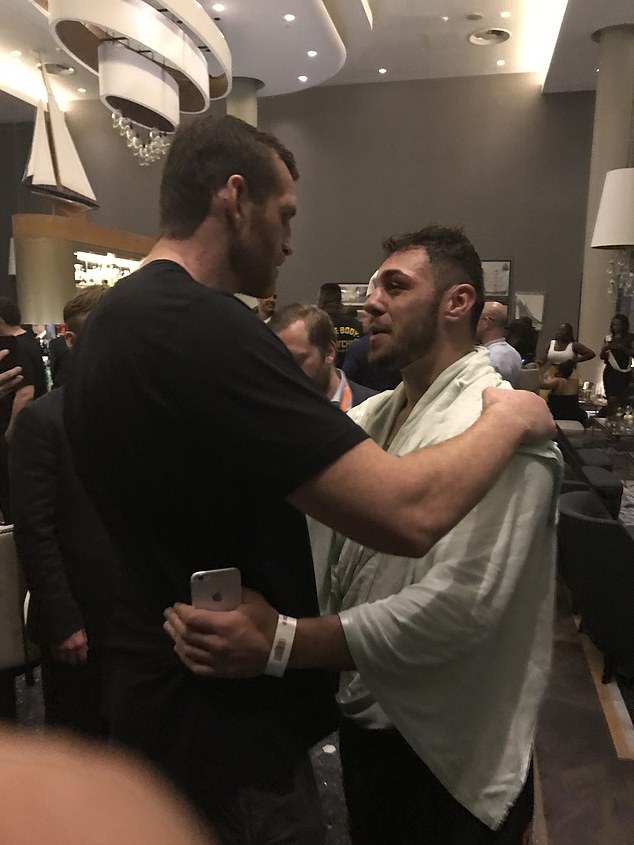 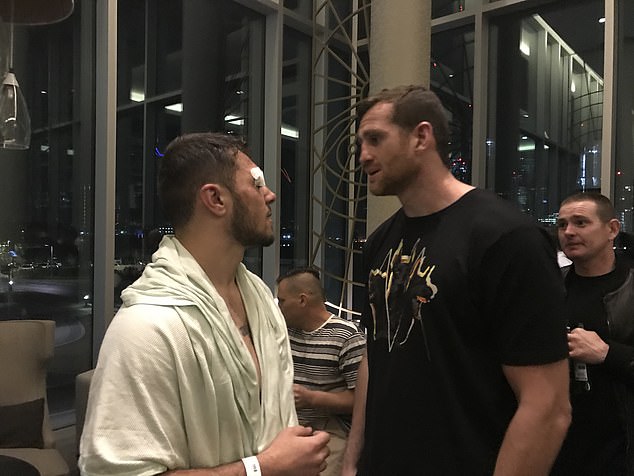 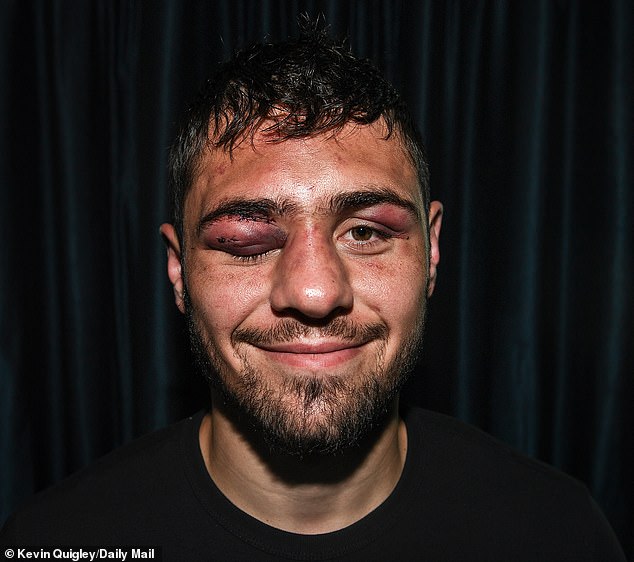 Dave Allen said he was feeling better in the morning, despite a gruesome looking eye injury

‘I’m gutted to lose, Price was on a different level,’ Allen told Sportsmail‘s Kevin Quigley the morning after the fight.

‘I was totally exhausted and couldn’t see out of my eye,’ he continued, as he showed off his swollen eye with fresh stitches.

‘I’m not sure if I will fight again, I will take some time to think about it.’

‘I feel better today than I did after the Yoka fight.’ Allen was stopped by Tony Yoka in the 10th round in 2018.

Dave Allen was taken to hospital in a precautionary measure after his 10 round defeat by David Price at the O2 Arena on Saturday night.

Allen was given oxygen and taken away on a stretcher with his legs wrapped up after struggling to stand. 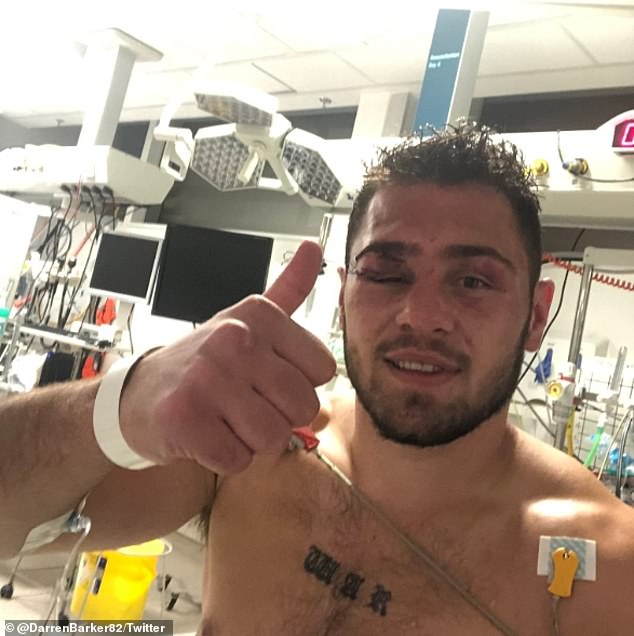 His trainer, Darren Barker, threw in the towel after the end of round 10 and later tweeted to say Allen was out of serious danger.

‘That was one of my worst nights being involved in boxing, not because Dave lost but what followed after,’ Barker tweeted the morning after. ‘I was very worried. Really puts everything in perspective. I’m so relieved he’s ok, that is all that matters.’

He then went on to Tweet at Allen: ‘you’re the toughest man I know. The last 20 or so weeks training you and getting to know you has been an honour. A true warrior that I’d want standing next to me on the front line. You’re the man.’ 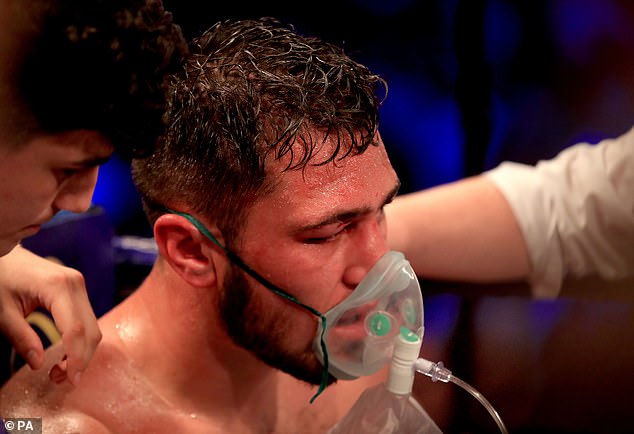 Allen replied by saying ‘only wish I met you years earlier,’ before going on to fuel further talk of his retirement.

‘Felt much better but I’m happy and I’m healthy in terms of my long term health and I guess that’s what it will come down to, I’d love to keep fighting but after a few weeks I will sit down and decide is it really worth it. I’m not big enough or good enough mate that hurts most.’

After being accused of being a quitter by a Twitter user, Allen replied: ‘Fighting David price without the ability to see very much isn’t very smart, could I have stayed in and going 6 minutes more stocking up on damage to my brain? Probably? Would I have done that 18 month ago? Probably? I live to live another day and I’m okay with it I’m smarter.’ 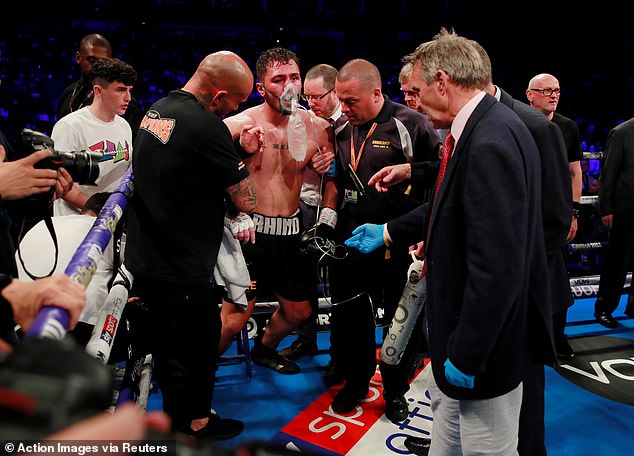 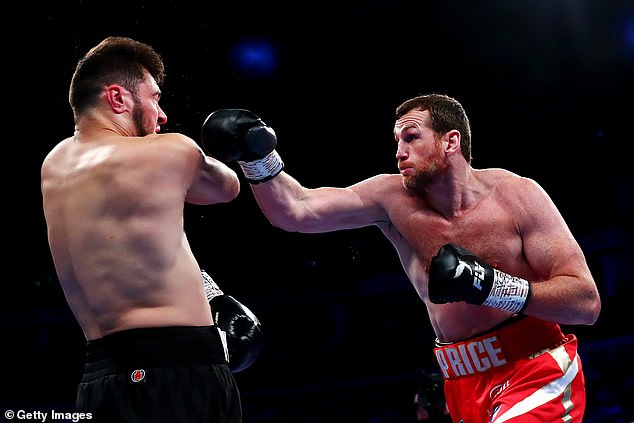 ‘Dave wants you to know he’s OK,’ Barker said after the fight. ‘He’s just waiting on a scan and a few stitches.

‘He also wants to congratulate David Price on a fantastic win and hopes everyone gets home safely.’

Eddie Hearn said he believed Allen had damaged an eye socket and his tongue.

Allen took to Twitter later on Saturday and appeared to draw a line under his career as a boxer.

‘Don’t want anyone to worry about me, just a hard man gone old and soft the last 18 months,’ Allen said. 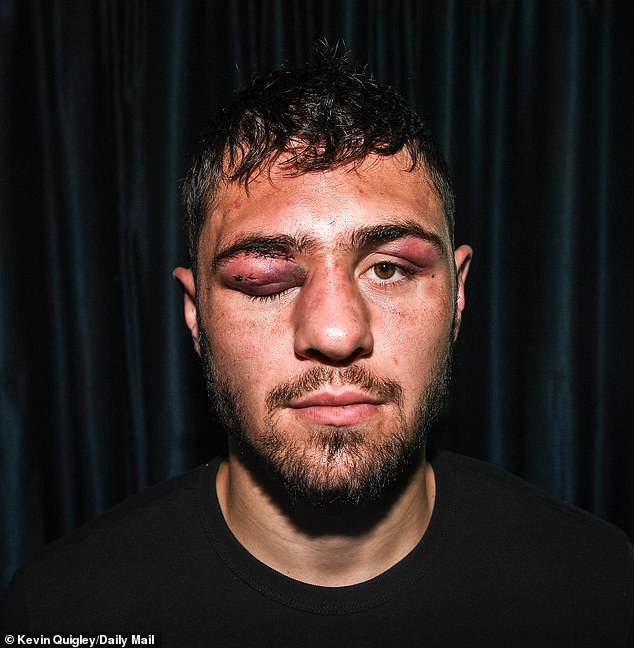 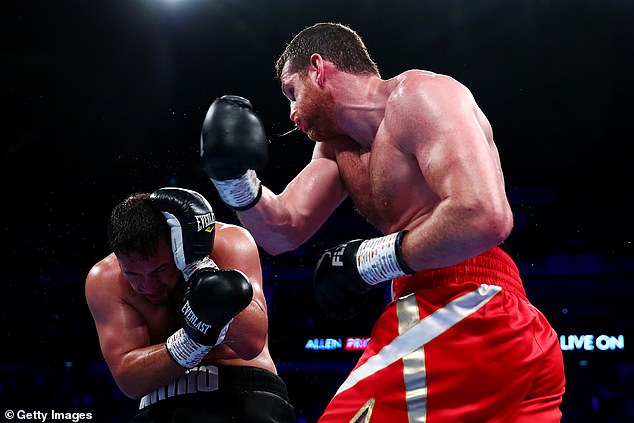 ‘Very happy and proud of David Price, I will be okay but the last 12 months or so my health has been deteriorating and I’m glad I hung on took the chance and made money and now probably done.’

Allen took a number of hits to the face during his encounter with Price and sustained a cut above his right eye.

It was restricting his vision, prompting trainer Barker to curtail the fight.

Despite the loss, Allen met up with Price after the fight, apparently with no hard feelings as the pair embraced and posed for a picture.