By Laura Lambert For Mailonline

England have all but secured their semi-final spot at the Netball World Cup after coming through a nervy battle with Jamaica.

Playing their fourth match in four days, Tracey Neville’s side came up against by far their toughest opponent yet, and this second group match was neck-and-neck for much of the first half.

Yet, despite going behind on three occasions in the second quarter, the Roses came out firing after halftime and put in a match-winning third quarter to edge clear and seal a 56-48 win. 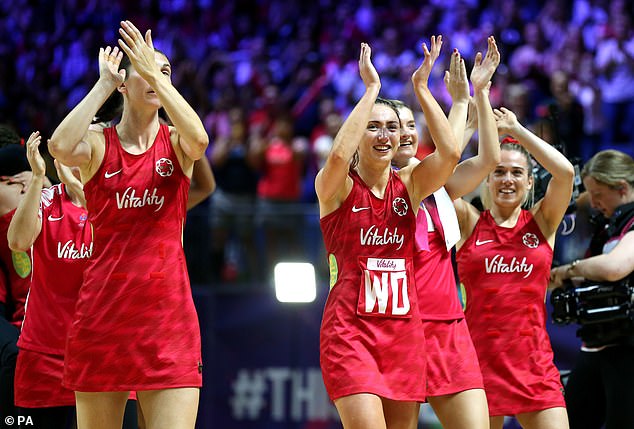 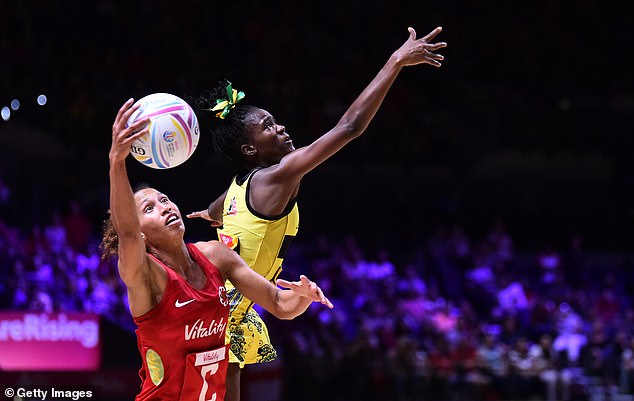 The victory makes it almost impossible for them not to make it to the final four of the tournament, having achieved four wins from four.

‘But also the defence were stellar in winning us the ball and giving us opportunities. Against a world-class side like Jamaica, that is what you need to do.’ 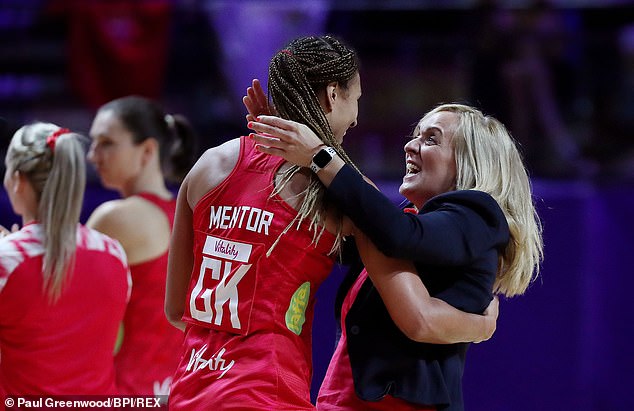 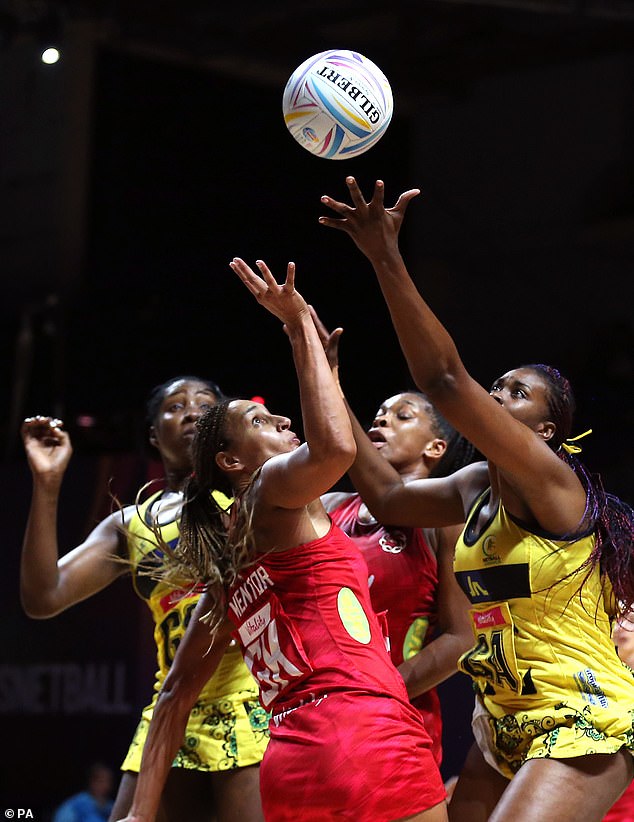 Neville had named her most experienced starting seven, with all of them having been a part of the victorious Commonwealth Games squad, and they moved to an 11-5 lead early on after several mid-court breakdowns saw Jamaica struggle to get the ball to the shooting circle.

Yet that cushion was quickly trimmed to just one goal, at 13-12, due to precision shooting from the formidable Jhaniele Fowler, who ended with a 100 per cent shooting record with 43 goals.

England were then overtaken midway through a scrappy second quarter and it took until the end of the first half for them get their noses back in front, going into halftime 28-26 up.

Neville stuck with her starting seven for the duration, and her decision was justified, with her team producing a clinical third quarter – which they won 16-10 – to extend their lead and seal an all-important victory. 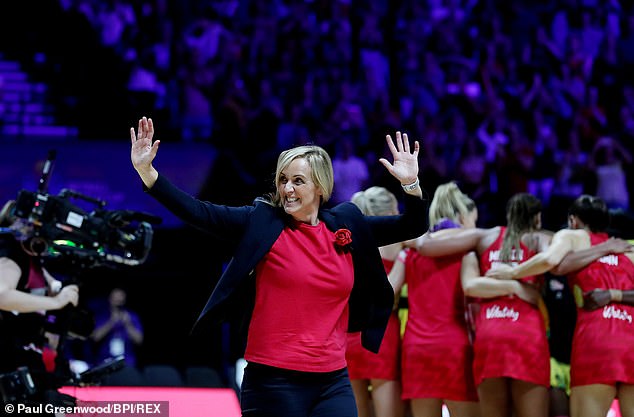 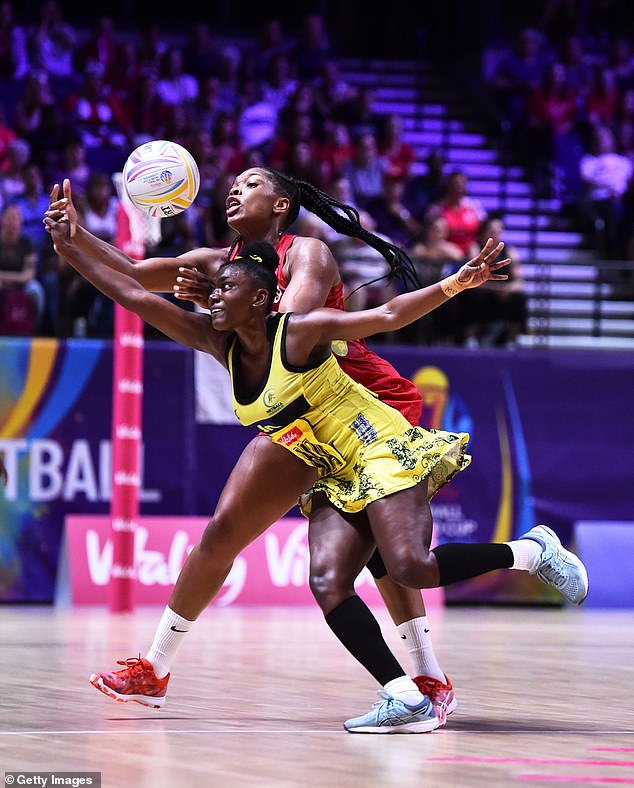 Tyson Fury is put through rigorous training regime as he prepares...

HOT OR NOT: Daniel Levy has left Mauricio Pochettino with little...