Red-faced Lando Norris was handed a repair bill after pranging a £210,000 McLaren road car into the Silverstone gravel.

The British teenager spun the motor through the Maggots and Becketts turns while taking Sky pundit Johnny Herbert on a filmed hot lap.

Neither was hurt as the yellow McLaren 720S — 0-60mph in 2.8sec — went back-end first into the sand trap, where it remained beached. 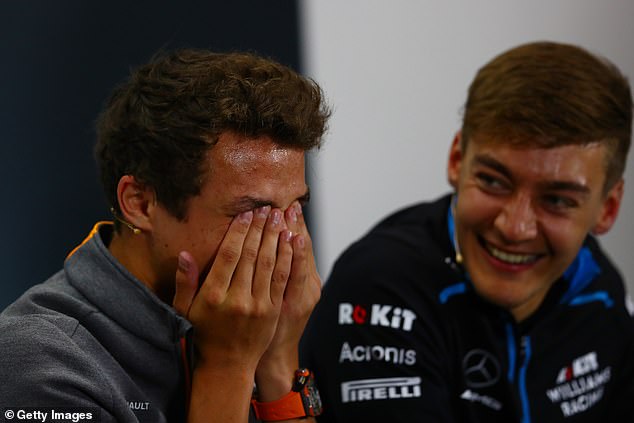 Norris, 19, put his foot on the gas in an attempt to clamber back on to the track but the wheels merely spun in the gravel. The car dipped deeper into the mire with each try.

‘Jonny was talking to me too much,’ said Norris, laughing at his mistake on the eve of his first British Grand Prix. ‘It was a talent failure.’

Herbert, who won the race in 1995, got out and used a shovel to try, forlornly, to free the wheels.

A crane finally arrived and carried the car back to the garage. 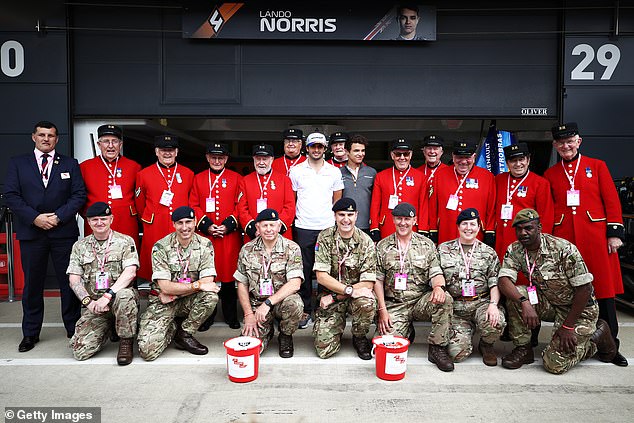 ‘We are going to stick the bill on him,’ confirmed a McLaren team member.

At least Norris should be able to afford the damage — he received a slight upgrade in salary this week, to £400,000, as a reward for a fine start to his debut season.

His mishap came after he had fallen about in a gale of giggles at the press conference.

Sitting next to Lewis Hamilton, Norris suggested that the five-time world champion might increase his popularity by growing a moustache of Nigel Mansell proportions. 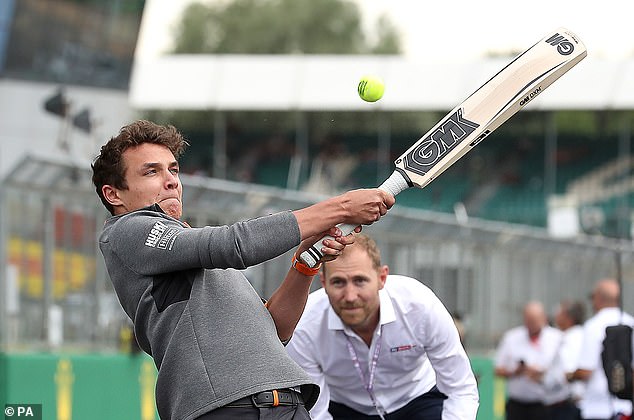 Daniel Ricciardo, sharing the stage, whispered to the youthful Norris: ‘Have you got any pubes yet?’ The question so tickled him that he laughed uncontrollably, taking off his microphone.

In weightier matters, Hamilton criticised organisers for letting Sunday’s race clash with the counter-attractions of Wimbledon and the Cricket World Cup final. Although 140,000-plus people will pack Silverstone as Hamilton guns for a record sixth win, wider interest will be tempered by events on Centre Court and at Lord’s.

Channel 4 are broadcasting the grand prix — the only live race still on terrestrial TV — on their main channel, with England versus New Zealand switching to More4 while the F1 is on. Hamilton said: ‘I don’t understand why the organisers put the race on the same day as all these big events.

‘This is such a special weekend it needs the focus of the whole country.’