Adil Rashid’s appeal left little room for doubt. So sure was he that Marcus Stoinis was out – and not just out, but morally defeated by his googly – that he ended up within feet of umpire Kumar Dharmasena, imploring him from down on his haunches.

Dharmasena eventually gave him the answer he wanted. And while the technology suggested the lbw was less adjacent than it first looked, Rashid was too busy celebrating a double breakthrough to care. 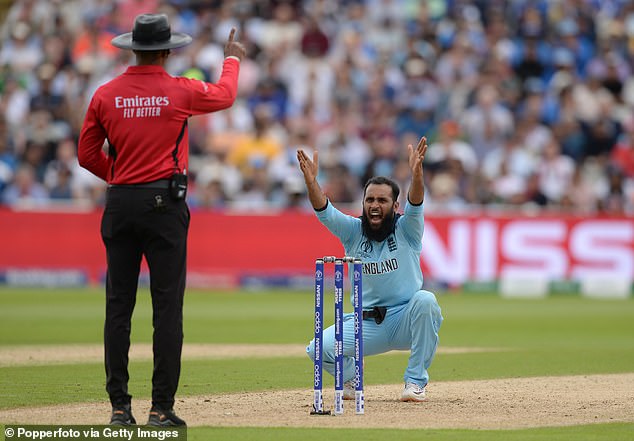 From 117 for three, a recovery from the dregs of 14 for three, Australia were 118 for five, and in the mire once more. Ten overs later, Rashid had Pat Cummins caught at slip by Joe Root off another googly, confirming his most important contribution of this World Cup.

The unkinder whispers throughout his career have been that he doesn’t relish the big stage. But this was at a crucial moment of a World Cup semi-final against an Australian team who had not lost any of their previous seven. Until he comes on to bowl against New Zealand at Lord’s on Sunday, this will remain the biggest game of his life.

It all added up to an unusual equation: Australia’s top order had been undone by pace, and their middle order were succumbing to leg-spin. It was a very un-English way of dealing with the opposition, but the chants coming out of the Hollies Stand suggested few were complaining.

Rashid had been an unexpectedly peripheral figure in the group stages, when his eight wickets had cost 54 each and he had been England’s most expensive bowler, going at 5.85 an over. There were murmurings about his dodgy shoulder and a post-tournament operation. The googly, it seemed, was becoming harder to bowl. 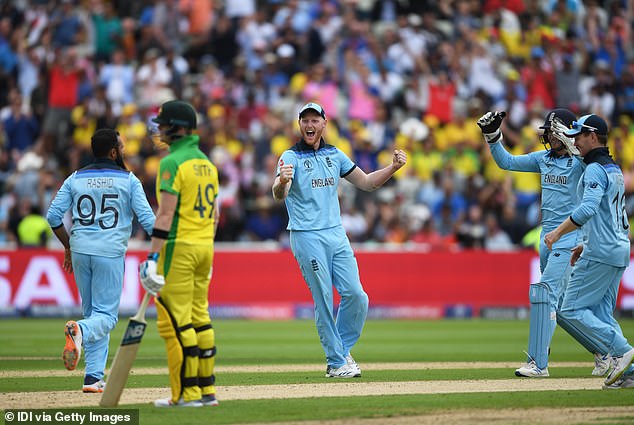 This wasn’t necessarily a disaster for England, since their opening batsmen Jason Roy and Jonny Bairstow – reunited after Roy missed three games with hamstring trouble – had been giving the bowlers big totals to defend, and their seamers were making early breakthroughs.

But Rashid’s contribution to England’s path to the No 1 ranking had raised expectations. Between the last World Cup and this, no bowler of any nationality had taken more than his 125 ODI wickets. While England’s batsmen were front and centre of the team’s white-ball revolution, Rashid quietly picked up wickets in the middle overs, and sometimes even bowled at the death.

Rashid recently said, without hesitation, that Morgan was the best captain he has played under. The reason? He had an instinctive grasp of how a leg-spinner operates: Morgan encouraged Rashid to attack, regardless of runs conceded.

This was music to Rashid’s ears. In his first game of the new era, he took four for 55 against New Zealand at Edgbaston after the batsmen had racked up over 400, and never looked back.

Often, he has formed an effective partnership with his close friend Moeen Ali, whose job has been to contain while Rashid attacks. But he has also dovetailed well in the middle overs with Liam Plunkett, the English seamer most prepared to do the donkey work. 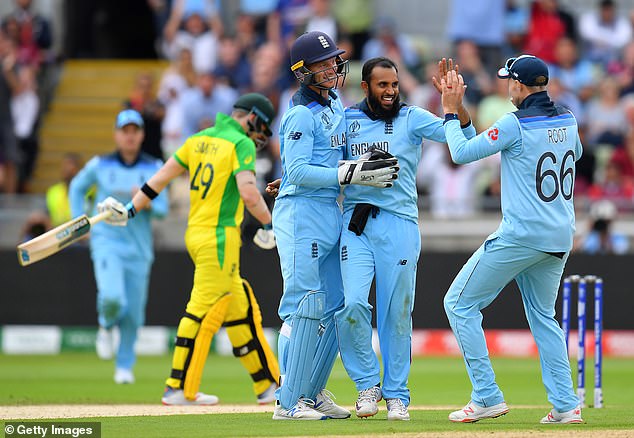 During this World Cup, Morgan’s long-term investment in Rashid has acted as an emotional crutch. Against Pakistan at Trent Bridge, Rashid watched in despair as Roy dropped Mohammad Hafeez off his bowling – a blunder that arguably cost England the game.

And so a moment that might have allowed him to grow in confidence instead became a cruel blow, and he was withdrawn from the attack with figures of 5-0-43-0.

‘I thought he bowled well against Pakistan until the catch was dropped,’ said Morgan. ‘It gets you down as a bowling unit. I don’t think we fielded well and supported him as a group. Today we did that really well. The pitch offered a little help, but his variations were brilliant.’

Against Bangladesh and West Indies, he took one for 125, before massaging his tournament figures with three for 66 against Afghanistan. Gradually, he regained control: two for 45 against Sri Lanka, none for 49 against Australia – unpenetrative but tidy.

Against India, he was hidden, partly because of the short boundary that so enraged Virat Kohli, and against New Zealand the seamers did the job. But on the day his captain needed him most, against a side who had thrashed England a fortnight earlier at Lord’s, Rashid flourished.

If anyone embodies the progress this team have made, both in the mind and on the field, it is this diminutive leg-spinner with a mistrust of the limelight and a penchant for the googly. Most importantly, as he prepares for the final, he now knows he can do it on the biggest stage of all.

David Meyler opens up on THAT headbutt incident with Alan Pardew