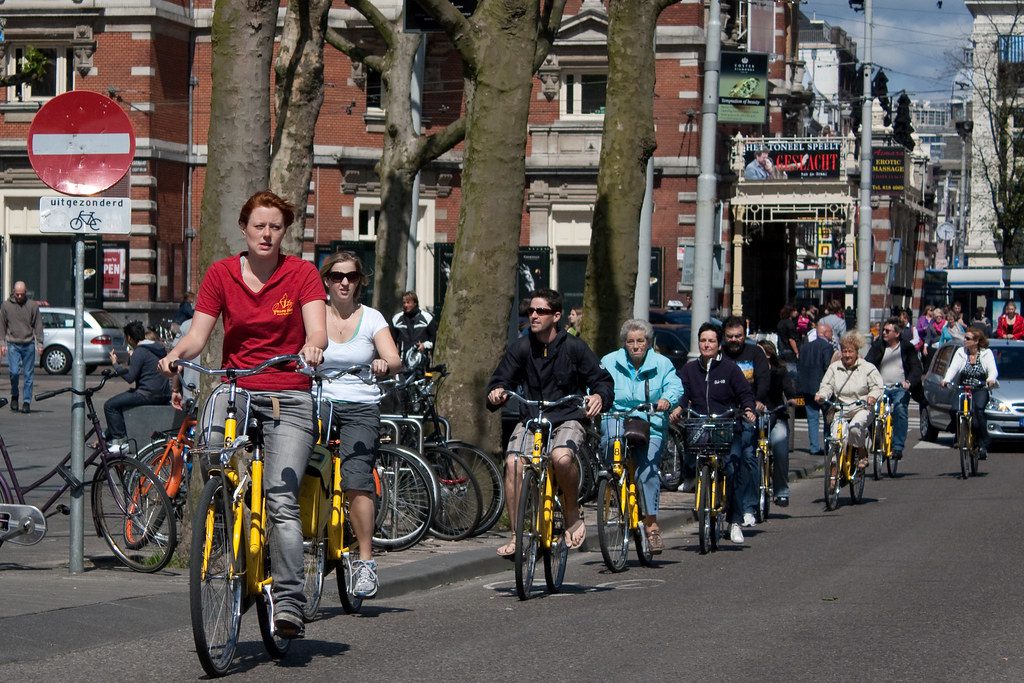 Amsterdam, and the Netherlands as a whole, has undoubtedly become one of the world’s hotspots when it comes the list of destinations associated with overtourism.

But international media scarcely noticed when, late last week, government plans were leaked that would allow for an increase in flights through the city’s hub Schiphol. (They were later confirmed by reports from the Dutch national broadcaster NOS.) An agreement made in 2008 limited the number of flights at the European mega-hub to a maximum of 500,000 through 2020; the proposal would allow for a gradual increase to 540,000 starting the year after.

While the plan was predictably met with consternation by environmental and local activist groups, it also flies in the face of some other messaging coming from other parts of Amsterdam’s tourism industry.

The Dutch national carrier, KLM — which operates out of Schiphol — launched a new campaign two weeks ago to tell customers to consider flying less, not more. Whether you view that as green-washing or crafting a progressive brand identity will depend on your world view, but the airline’s message certainly aligns with the broader concerns about “flying shame.”

Meanwhile, the Netherlands’ tourism board has made seemingly endless headlines about how it is no longer actively welcoming visitors as it buckles under the weight of overtourism. However, much of these reports were incorrect or overblown. As Skift previously reported, the country’s destination marketing group, NBTC Holland Marketing, is adopting an approach of destination management alongside its existing marketing efforts — not in place of them — something that falls in line with what many destinations in the world are already doing. But still, while its efforts vary regionally, it’s fair to say that “more is better” is definitely not the operating ethos of the nation’s official tourism board at present.

That’s why a proposed increase in flight capacity — even if many of those will be onward connections, as Schiphol is one of Europe’s busiest hubs for transfers — seems in direct opposition to the idea that Amsterdam and the Netherlands as a whole is maxed out on tourism. So which is it: Does Amsterdam want more or less visitors?

Of course, it’s both. The conflicting messages should come as no surprise. The tourism industry is one that’s comprised of several industries, the interests of which can overlap as much as they compete. What the national government, tourism board, airports, and municipality believe is the best way forward is unlikely to align. Which is why we should resist simple narratives about tourism — and its backlash.

P&O Cruises extends ‘pause of operations’ until 15 May