‘We need to stick to our mantra’: Eoin Morgan believes England have re-discovered winning formula ahead of World Cup semi-finals

Eoin Morgan is confident England have rediscovered their winning formula at the perfect moment after thrashing New Zealand to book their first World Cup semi-final since 1992.

Morgan’s side sealed their spot in the knockout phase with a 119-run win over the Black Caps at Chester-le-Street, their second rousing victory in a row having outgunned India in another make-or-break encounter.

Little more than a week ago the hosts were on the brink after back-to-back losses but they have now banished their mini identity crisis and are once again ready to lead from the front. 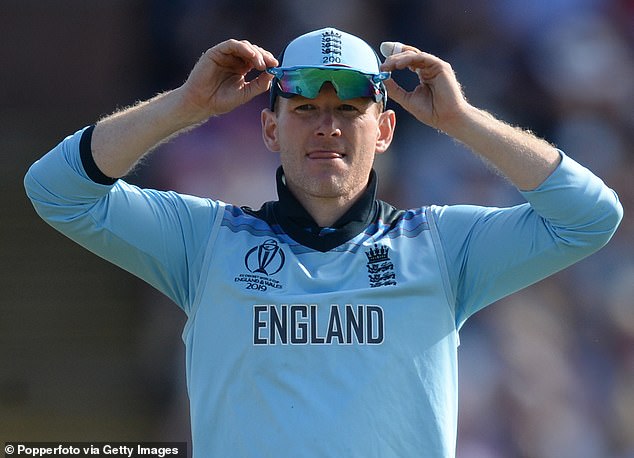 England will take part in the second semi at Edgbaston on Thursday against either India or Australia and, rather than call for a clean slate, Morgan plans to build on the momentum they have generated.

‘It feels pretty cool, pretty awesome,’ he said of the side’s efforts.

‘I think we do need to tap into what we have achieved the last two games. That is obviously the reason that we have got through and we have been able to play some of our best cricket because of that.

‘We do need to stick to our mantra the whole time and not actually be cagey, or desperate, or anything in that regard – it doesn’t work for us and it won’t win us the World Cup.’ 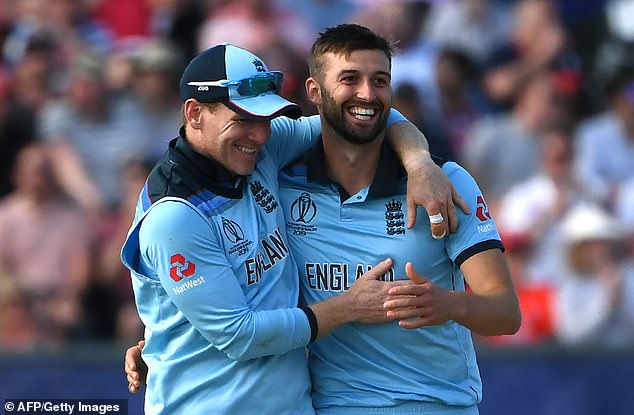 That powered England to 305 for eight – more than enough to best a lethargic New Zealand side, who are nevertheless set to complete the final four.

Bairstow and opening partner Jason Roy made a stunning start to the game, putting on 123 in 18 overs on a pitch that confounded almost everyone else.

‘The guys are buzzing, laughing and smiling at how ridiculous some of the shots these two guys are playing,’ said Morgan.

‘There are good balls being hit for four or six. You just have to laugh at it, how difficult they are to bowl at.’

England still had a job to do with the ball and Durham favourite Mark Wood did the heavy lifting as the Kiwis were rolled for 186, taking three for 34 as well as a highly fortuitous run out of key man Kane Williamson. 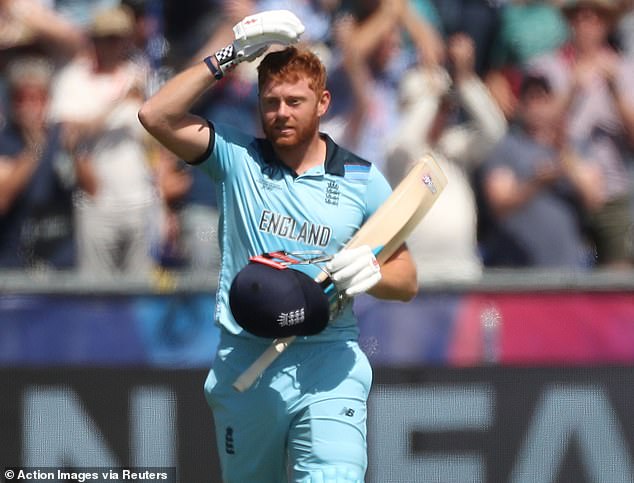 New Zealand captain’s and leading batsman was caught short at the non-striker’s end after Wood got a tiny touch on Ross Taylor’s drive in his follow-through.

And as far as he is concerned, England will take all the good fortune they can get.

‘I just managed to just get a fingertip to it. He doesn’t know how unlucky he is because I’ve got the smallest hands for a bloke you’ve ever seen,’ said Wood with a grin.

‘He is one of the best players I’ve ever bowled at. It saved me bowling at him any more so I was pretty pleased.

‘In big games, in big moments, you need those moments. I’m just pleased that in such a big game I managed to be so lucky.’