The striking image shows Sterling with a chain around his neck, shirtless and standing with his legs wide apart.

Feathered wings unfurl behind him and the 24-year-old is also kitted out in jeans and combat boots. 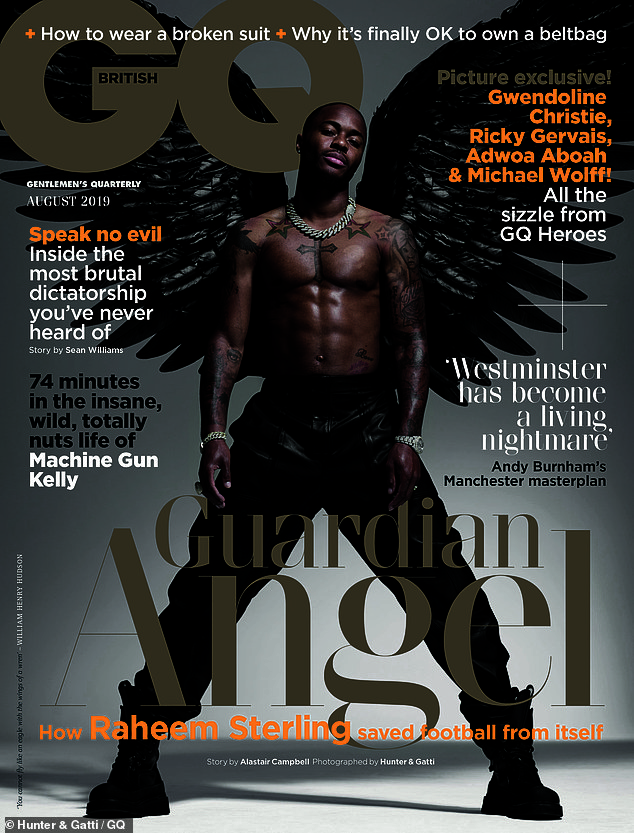 In another image, the England international has a fur-lined trench coat draped from his shoulders as he glares into the camera lens.

The words ‘Guardian Angel’ accompany Sterling’s picture on the front cover and in an interview for the magazine, which is available from Friday, he opened up on a variety of topics.

Sterling grew up in Jamaica and his absent father was murdered when he was two-years-old. Three years later the youngster moved to London.

He told GQ: ‘Sometimes it’s tough, but everything happens for a reason.

‘Now, having my own kids, I make sure I give them that love from the father figure that I didn’t have. And I think that’s probably helped me feel better as well. 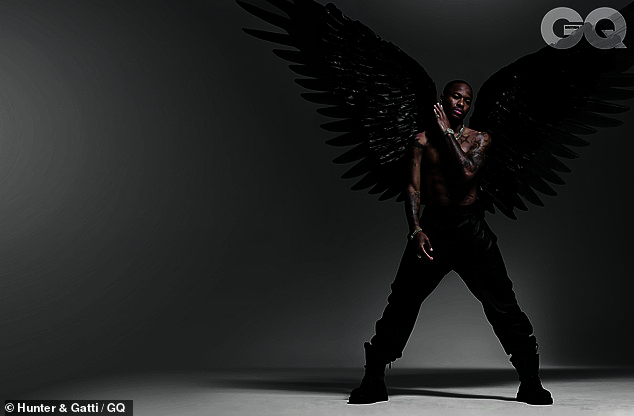 ‘At first it was tough. You know, school was different. I kind of go away with more in school here, but when I was in Jamaica it was zero tolerance. Belts.

‘I think the government over there has brought that down now, but there were times it was brutal.’

Sterling has developed into one of Europe’s most lethal attacking players and his game took another leap forward last season under Pep Guardiola as City won the domestic treble.

Speaking about their relationship and his boss’ tough love approach to coaching, he expressed: ‘He has challenged me, never let me be comfortable. Every year he has bought a new winger. 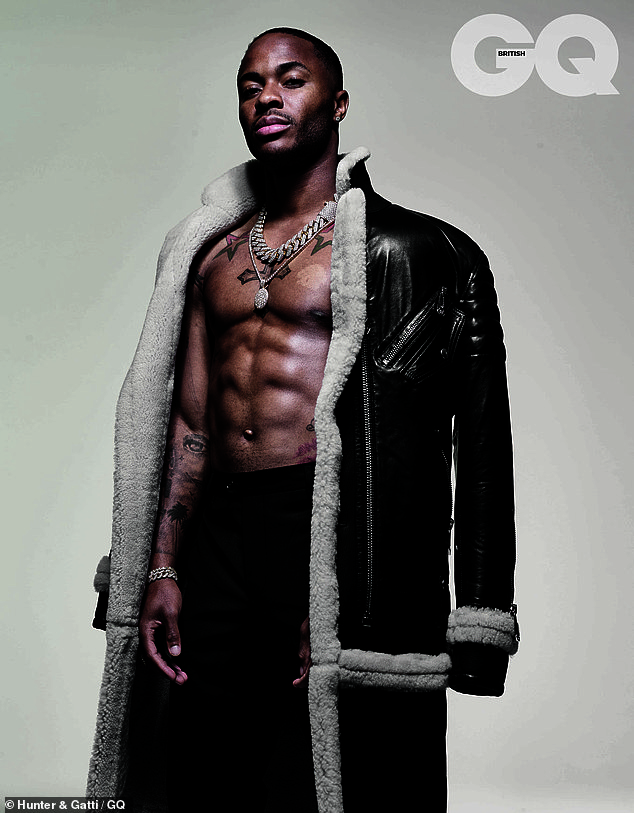 ‘He’s demanding, but it’s good. It makes you want to do better and – I don’t know how to explain this – makes you want to prove to him and show him every time you go on the field you’re playing for your position in his team, because of the numbers we have and the quality we have as well.’

Having played 51 games over the course of last season, scoring 25 goals along the way, there is no doubting Sterling’s importance to the English champions.

He is a popular figure in the dressing room and won plenty of fans in the last 12 months for leading the fight against persistent racism blighting football.

Interestingly, Sterling confesses that he does not share many close friendships with team-mates at City and prefers to hang around with those outside the game’s insulating bubble. 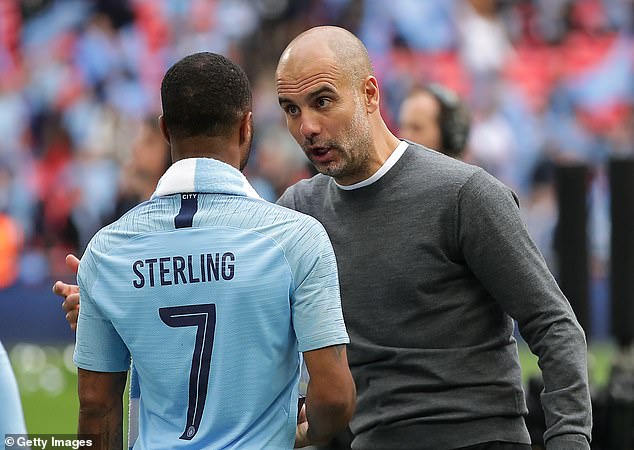 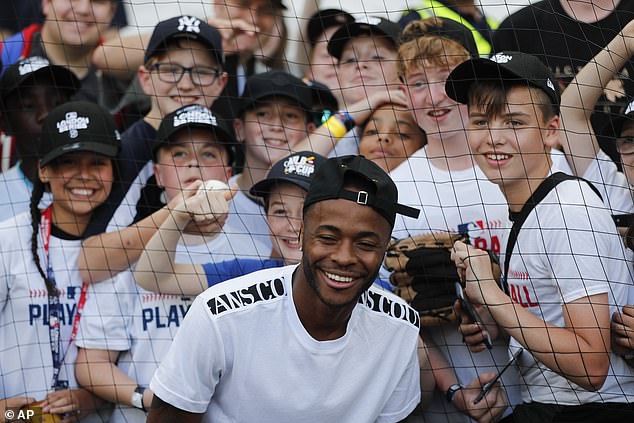 When asked how many close friends he has at the club, he said: ‘To be honest, probably three or four. And I don’t think it’s stay in contact as in seeing them every summer of something.

‘It’s probably once in a while: ‘How are you doing?’ It’s hard to get close with your teammates….

‘We all do the same thing and I like to be around my friends that are normal guys. The one thing I can’t take is the ego. I like people that are just chilled. I’m not saying every player is, but everyone has their little diva moment.’

With plenty of years left in him, the diminutive winger is likely to add to his already healthy trophy haul and has shown a burning desire for success since leaving the QPR academy for Liverpool and then pushing for a move from Anfield in 2015. 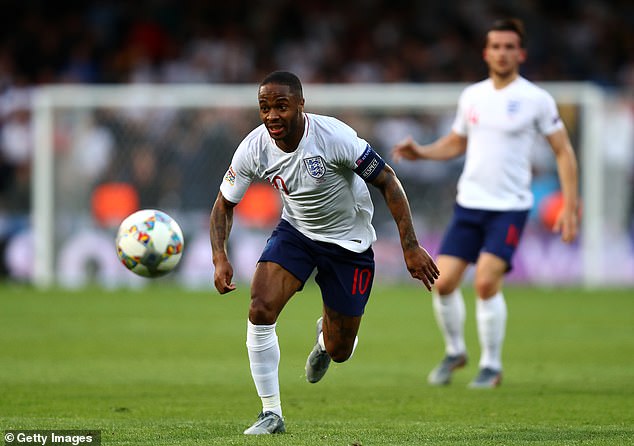 ‘When I got into Liverpool I said if I haven’t won the Premier League by the time I’m 21 I need to look at my options and see what I’m doing there,’ he added.

‘I put that into place from a young age. And I came to City and won my first Premier League. It’s just good to know what I’ve set out to do – what we’ve set out as a team to do – is going as planned.’

The full interview can be seen in the August issue of British GQ, available on newsstands and digital download on Friday 5th July 2019. www.gq.co.uk