Former Roma boss Eusebio Di Francesco has been confirmed as the new manager of Sampdoria after their coach Marco Giampolo left for Milan.

Eusebio had been out of work since being sacked by Roma in March following a difficult campaign that saw them lose to Porto in Champions League last-16.

Following Eusebio’s departure, Claudio Ranieri took charge on a caretaker basis and led the side to sixth in Serie A. 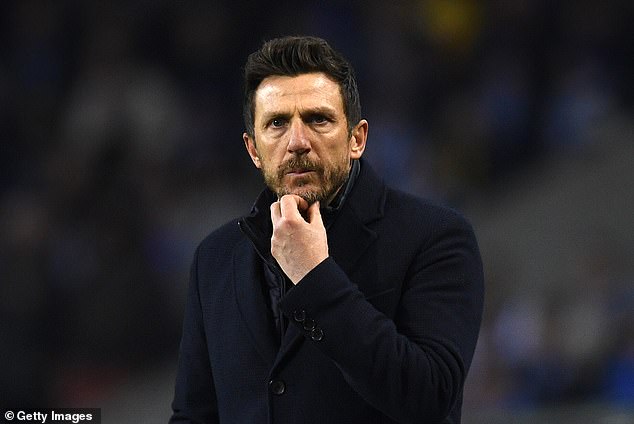 Sampdoria ended last season in ninth place in Serie A, with veteran striker Fabio Quaglierella scoring 26 goals in the league.

Sampdoria president Massimo Ferrero confirmed Eusebio had signed a deal at the club until June 2022.

He said: ‘Di Francesco is the best choice, with the aim of continuing to grow our Samp.

‘He is a technician who will provide training, experience, play, desire and mentality. Welcome, Eusebio!’