Manchester United are confident of striking a deal with David de Gea to secure his long-term future at the club.

The United No 1 had looked destined for the exit with Paris Saint-Germain one of a number of clubs interested in signing him after he failed to reach an agreement with the club earlier this year.

However, according to The Sun, United have reopened negotiations and are ready to give into his wage demands of £350,000 a week to tie him down for another five years. 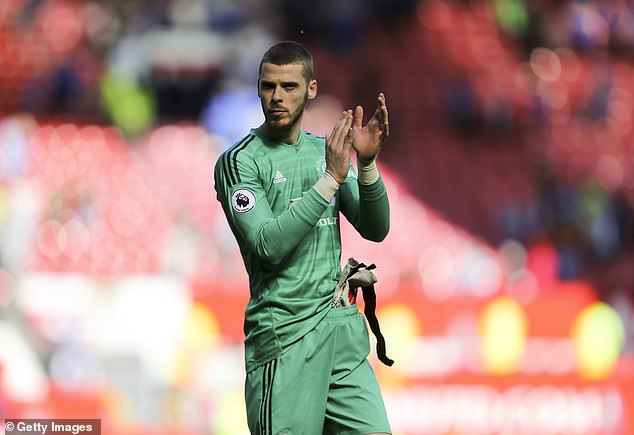 David de Gea is set to stay at Man United with club ready to offer him £350,000-a-week deal

The goalkeeper, whose current deal runs until next summer, has resisted signing a deal worth close to £300,000 a week – approximately £100,000 more than his current wage – which has been on the table since the turn of the year.

De Gea had been contemplating his future at United after a torrid season saw them miss out on Champions League football last term.

PSG were believed to be eyeing up a move for him this summer, but it now appears that De Gea has had a change of heart and is ready to commit himself to United. 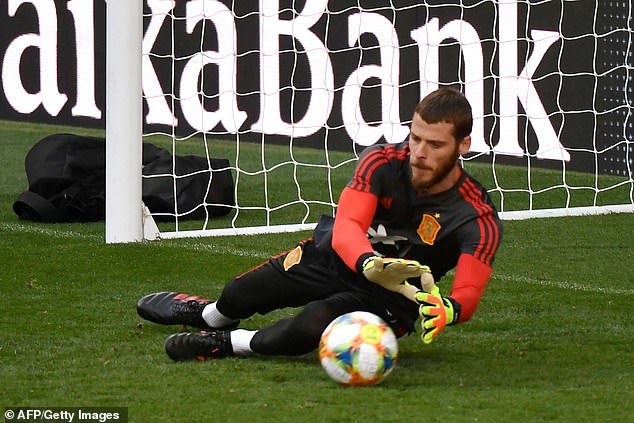 The Sun claim United are preparing to offer him a four-year deal with an option to trigger another year despite his poor form last season which resulted in him losing the No 1 shirt for Spain.

It has also been reported that while De Gea is keen to remain at the club, he may delay putting pen to paper so that he can assess United’s business this summer.

They have already signed Daniel James from Swansea and are on the brink of completing a £60million deal for Crystal Palace’s highly-rated defender Aaron Wan-Bissaka.

Ole Gunnar Solskjaer is planning to primarily target young players as he looks to rebuild his side for next season.

PETE JENSON: Lionel Messi will win his battle with the Barcelona board

Youri Tielemans to undergo Leicester medical on Saturday ahead of £40m...