It was entirely apt that the man who has done more than anyone to transform England from white-ball dinosaurs to big-hitting pioneers in the space of four breathless years should Tuesday make one-day history at Old Trafford.

No-one epitomises the white-ball revolution more than Eoin Morgan and no-one deserves to join Bobby Moore and Martin Johnson in captaining England sides to major World Cup triumphs more than the cool and calm Irish architect of their spectacular rise.

This was another small step for England in their quest to land that elusive piece of 50-over silverware but it was a giant leap for the original ‘freak’ of English limited-overs cricket turned senior statesman overseeing all that is good about this extraordinary side. 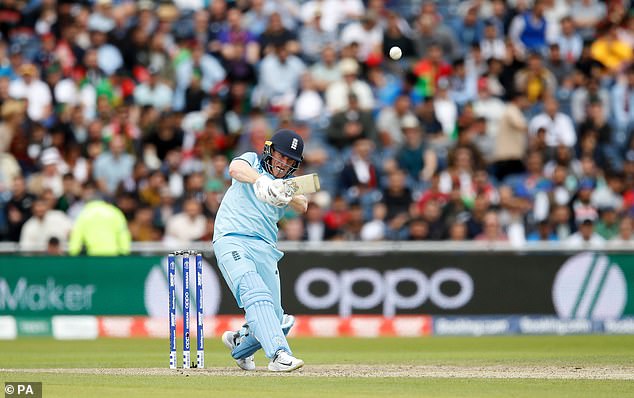 No fewer than 17 sixes, a century of runs in their own right, flew effortlessly from the blade of a relatively slight figure compared to so many of the modern-day power-hitters. And they flew over the relatively long boundaries of this famous old ground too.

That’s more than anyone has ever hit in any innings of professional cricket in any format while England’s 25 sixes, 16 of them coming in the last 10 overs, broke their own record for a one-day innings as Afghanistan floundered in the face of a late onslaught.

There is more. Morgan’s 11th six, off the star of Afghan cricket in Rashid Khan, took him to the fourth fastest hundred in World Cup history, off 57 balls, while the captain dominated a stand of 189 with Joe Root so completely he made 142 of them.

It meant England, who had actually batted within themselves to reach 164 for two off 30 overs, exploded so spectacularly the crowd were disappointed when they fell three short of the score of 400 that looked impossible when Morgan walked to the crease.

It was not exactly the most fluent of entrances either because Morgan looked to be feeling the back injury that forced him from the field in agony only four days ago when England defeated West Indies. So what did the captain do? Take walking out of the equation and deal almost exclusively in boundaries instead. Simple.

To get this into context, England managed just 18 sixes between them in the whole of the 2015 World Cup when Morgan, whose eighth six was his 200th in one-day cricket, was asked at the 11thhour to take charge of a very different one-day team. 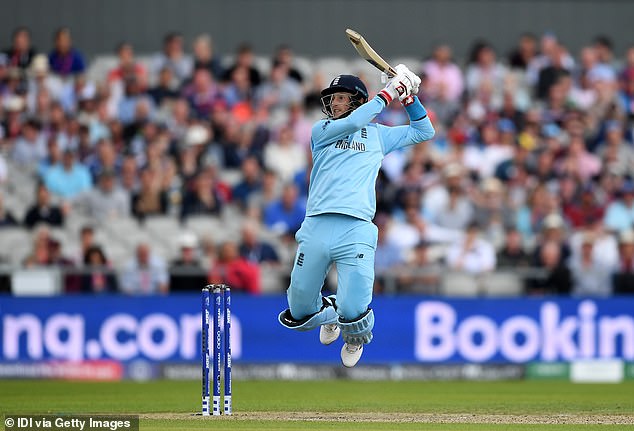 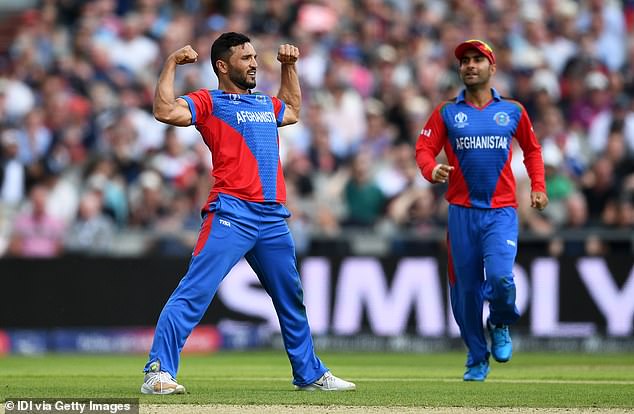 That horrible tournament actually ended with England defeating Afghanistan in a dead rubber and Morgan fearing his captaincy might be over before it had really begun. Instead he has become one of the most influential leaders in English cricket history.

Only three members of the England team who won that rain-affected match in Sydney remain now and it was another of them in Root – Morgan and Jos Buttler are the others – who played the supporting role to Morgan’s brutal display of hitting on Tuesday.

Root already has two centuries in this tournament and now he missed out on a third on 88 when he became one of three victims of Afghanistan captain Gulbadin Naib, who also took an excellent return catch to dismiss Jonny Bairstow on 90 and ended the best and highest of Morgan’s 13 one-day centuries on 148.

The captain’s haul gave Afghanistan a slither of comfort from an awful fielding display summed up by the most costly of misses when Dawlat Zadran barely got a hand to what should have been a straight-forward boundary catch when Morgan was on 28. It was the moment that in effect launched Morgan’s blockbuster of a display. 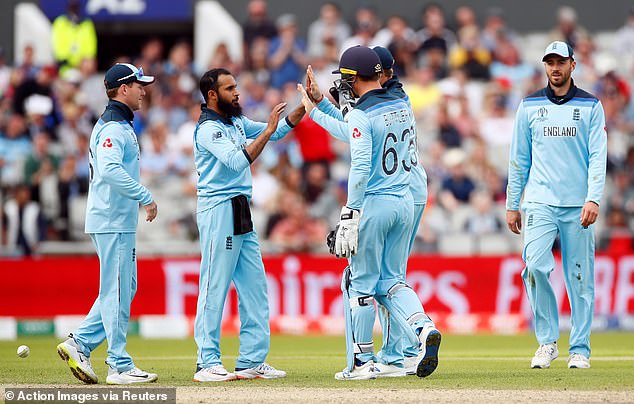 Adil Rashid starred with the ball for England, claiming three wickets in the comfortable win 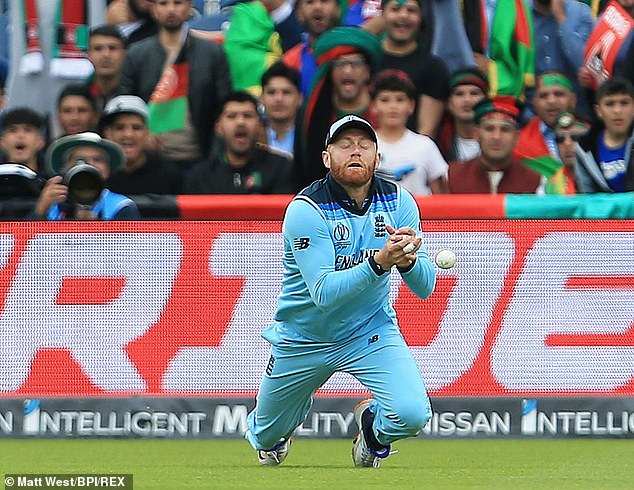 It was a chastening day, too, for their star leg-spinner Rashid, the No1 ranked bowler in world Twenty20 cricket, who disappeared for 110 in only nine overs, with Moeen Ali finishing the innings with a flourish by smashing an unbeaten 31 off nine balls.

The only real batting disappointment, meanwhile, for England came in the shape of James Vince who marked his World Cup debut in place of the injured Jason Roy by again getting himself set and again giving it away. We have seen that somewhere before.

Vince will get another chance to make his mark against Sri Lanka at Headingley on Friday as will an England attack who will be disappointed they allowed Afghanistan, without a win in this tournament, to reach 247 for eight in reply to their 397 for six.

It was as if England felt their job was done as they were strangely flat in the field from the moment the usually safe hands of Bairstow dropped an easy slip catch off Chris Woakes to hand Rahmat Shah a reprieve on six. 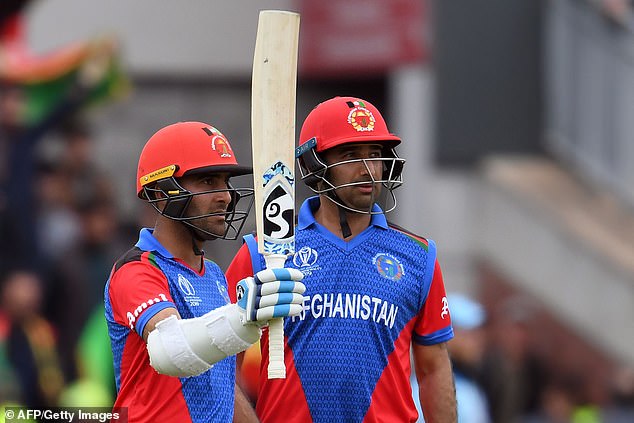 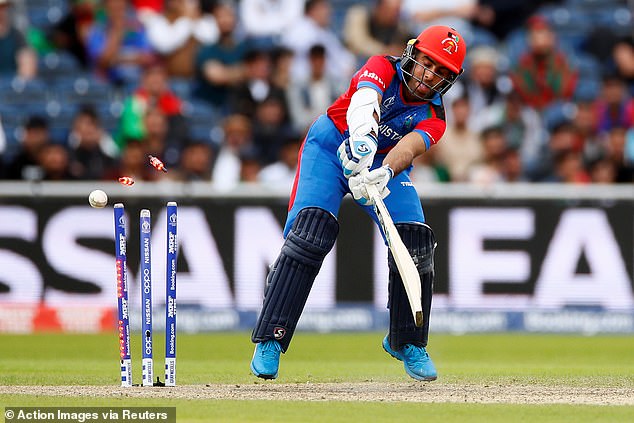 Bairstow also dropped Asghar Afghan on 20 as Afghanistan, troubled by in-fighting in this tournament and a pale reflection of the side who have become the emerging force of world cricket, regained some of the pride they lost in the field.

None more so than Hashmatullah Shahidi, who was struck a fearsome blow on the helmet by an 88 mile per hour bouncer from Mark Wood but bravely carried on to make 76 and hit possibly the best six of the 33, the most in any World Cup match, seen in Manchester on Tuesday straight into the Media Centre Stand off Wood.

No matter. This was the day England went to the top of the World Cup standings after their fourth win in five group games thanks to the captain who is again at the forefront of the powerful and innovative world of white-ball power-hitting.