Thompson was attempting to score a fast-break layup in the third quarter of Game Six when he was fouled from behind. The 29-year-old landed awkwardly and fell to the court grabbing his left knee.

An MRI later confirmed the extent of the injury, the Warriors said. 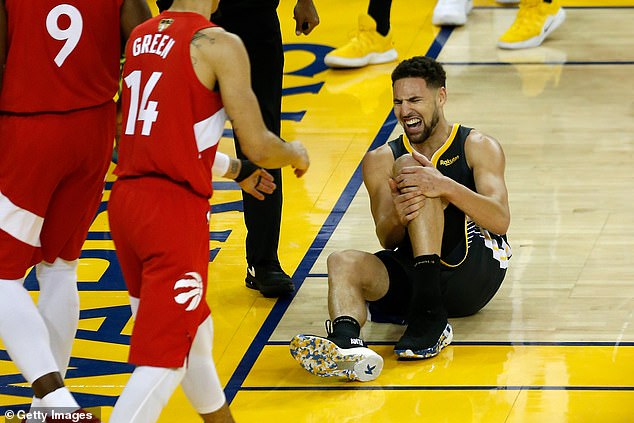 Thompson, a key part of the team’s championships in 2015, 2017 and 2018, was the hottest player on the court on Thursday before his injury.

He had to be helped off but returned moments later to loud applause to shoot two free throws. Thompson then exited the game for good and was later seen on crutches.

Warriors coach Steve Kerr said Thompson had told him he only needed two minutes to rest and could then continue. 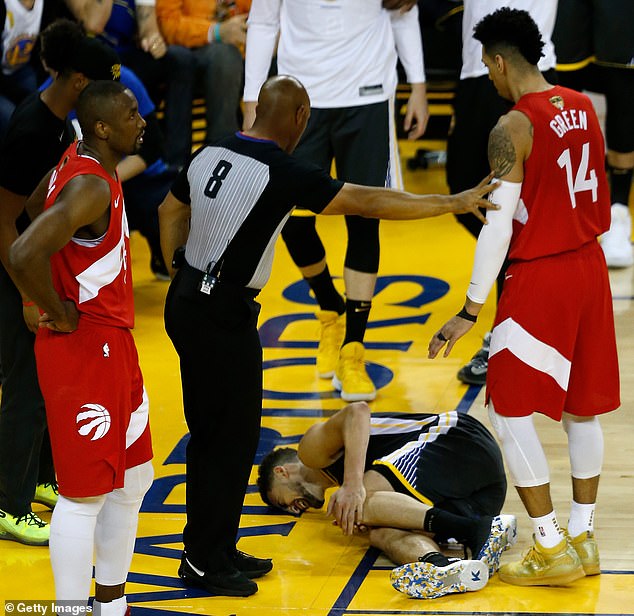 ‘The next thing I heard was he was done for the night from Drew Yoder, our trainer,’ Kerr told reporters after the 114-100 loss.

It is unclear how severe the tear is but it could keep Thompson, who is expected to become a free agent this summer, off the court for all of next season.

Thompson’s injury came one game after his team mate Kevin Durant suffered an Achilles tear, which is expected to keep him sidelined for all of next season.

Frank Lampard admits Chelsea were lucky to escape with draw against...