It’s amazing what happens to a player when he arrives at the place once described by Robert Louis Stevenson as the ‘most felicitous meeting of land and sea’ and more commonly known these days as Pebble Beach.

This time a fortnight ago there was a whiff of rebellion in the air amid talk of mutiny in the locker room. A lot of players had had it up to here with the continued incompetence of the United States Golf Association.

Three sublime days on the Monterey Peninsula, with practice rounds played largely under blessedly blue skies and with little breeze and that idle chatter suddenly seems like a long time ago. 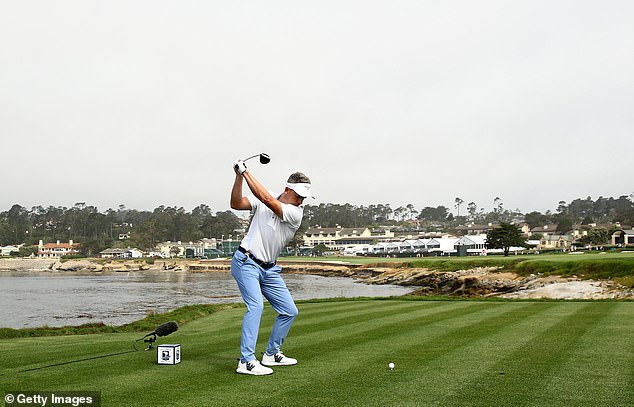 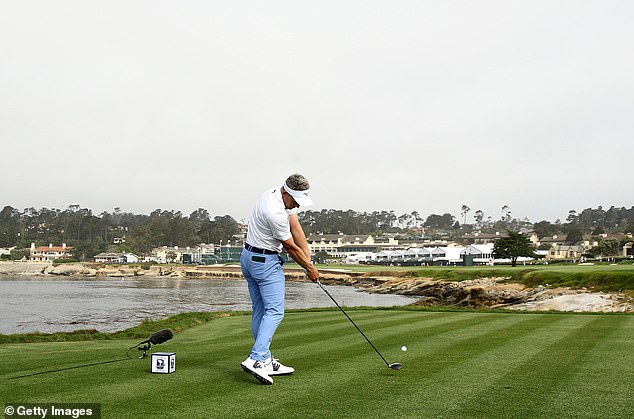 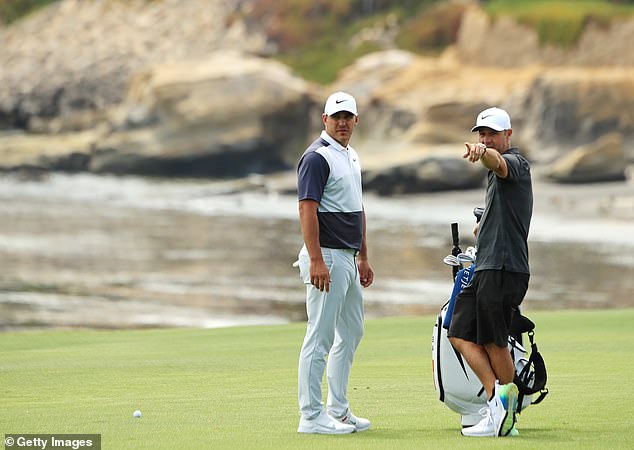 You never know with the USGA, they usually come up with something to cock it up. This, after all, is the organisation that let leader Dustin Johnson play the final nine holes in 2016 not knowing if he would be disqualified when he stepped off the 18th green.

Best whisper it softly, therefore, and keep fingers crossed — but, right now, it looks like we’ve got a heck of a US Open on our hands over the next four days.

An old-fashioned one, too, with thick, impenetrable rough lining the narrow fairways and layers of it surrounding each of the tiny greens. Walking all 18 holes on Tuesday — I know, the sheer drudgery this job demands — this doesn’t look like a course where the bombers are going to have it all their own way, as they did at wretched Erin Hills in 2017 and, to a lesser extent, at Shinnecock Hills last time.

Of course, the likes of two-time defending champion Brooks Koepka, Dustin Johnson and Rory McIlroy are so good when the mood is upon them, they may come up with something. 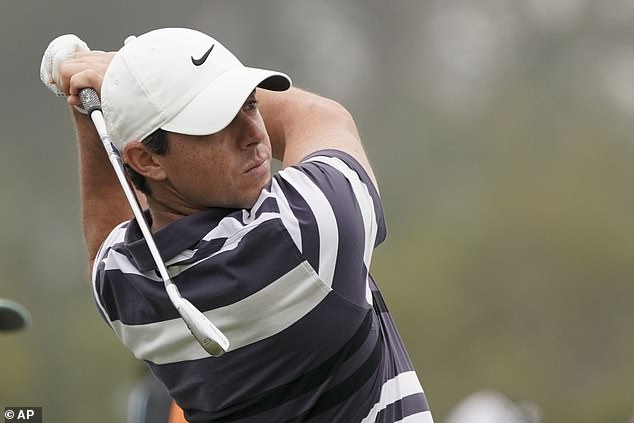 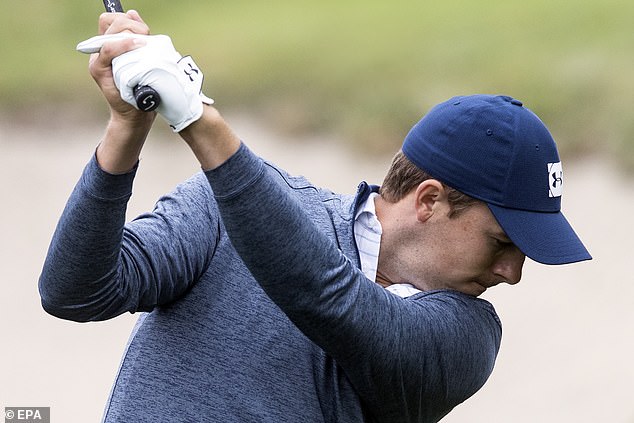 But this has all the appearance of a major where patience will prove vital, a course for Zach Johnson rather than Dustin.

Length will be no great advantage but precision with a wedge is an absolute must when taking aim at the smallest greens on the major rota.

This is one for players with soft hands whose game is about feel and who sprinkle their wizardry around the greens, rather than those who deliver howitzers off the tee.

The sights we’ve seen already. On Tuesday, Phil Mickelson practised alongside Jon Rahm and seemed to spend the entire time giving the erratic Spaniard an object lesson in how to play from the rough around the greens. Lefty would pop one up vertically and watch it trickle down to the hole. Rahm sought to summon up his inner Seve and try the same shot and the ball would barely move. 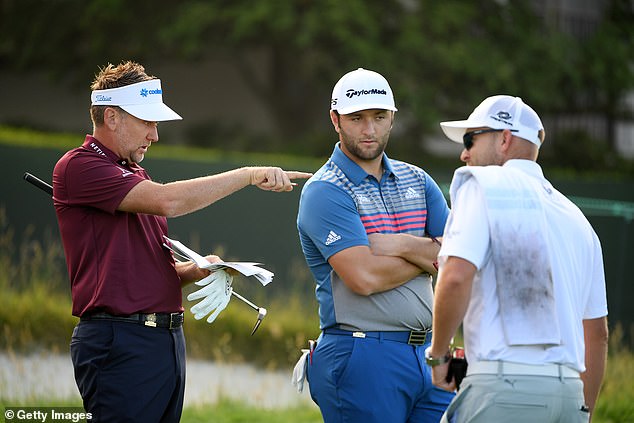 Jon Rahm (C) and Ian Poulter (L) deep in conversation, no doubt about how to play the course

Mickelson looked a touch exasperated as he tried patiently to explain how it’s done. As if it’s that easy to replicate a magic trick conjured up by the man with arguably the greatest short game in the history of the sport.

It says everything about Mickelson’s imperious standards around the greens that one of the wildest drivers in the modern game has still managed to finish runner-up six times in this major that seeks to punish any man who strays from the straight and narrow.

Mickelson is the man who has won the Pebble Beach pro-am on five occasions — trying once more to win the major that has always eluded him and complete the career Grand Slam on his 49th birthday on Sunday.

But then, wherever you look, there’s a wonderful story begging to be told. Wouldn’t it be something if McIlroy ended his five-year drought in the majors at the one where he’s missed the halfway cut for the last three years in a row? Or if Dustin, who’s enjoyed plenty of success over the years in California, including at Pebble, finally added to his solitary major success? Who can rule out Koepka, the history man seeking to become the first player in more than a century to win the event three years in a row? 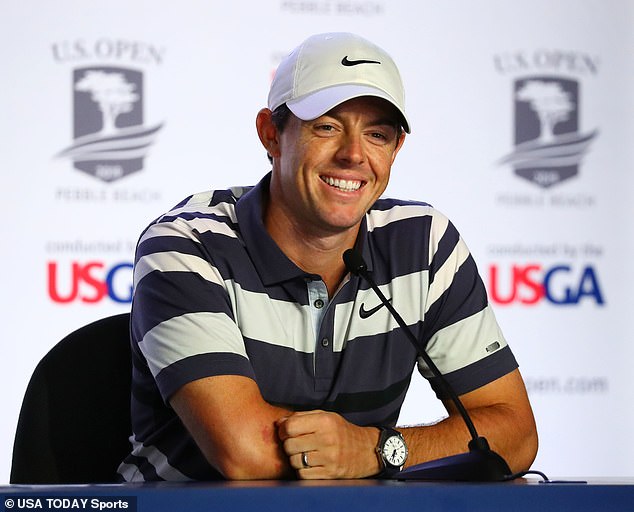 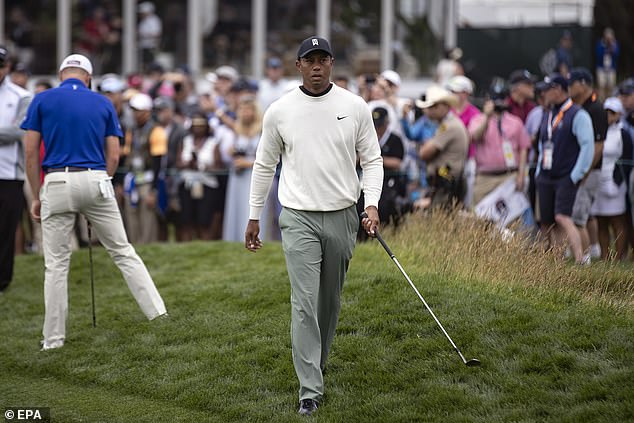 But Tiger Woods, after winning the Masters, is targeting his 16th major championship

As ever, since he made his return to the game just over a year ago, Thursday’s first round will be all about the fate of Tiger Woods as he seeks to deliver another miracle and move a step closer to Jack Nicklaus’s total of 18 majors.

The cliche is that you can only lose tournaments on Thursday but, in the case of the Masters champion — how good that still sounds — the first round always tells us whether he’s got a chance to win.

He’s never been the sort of player who makes blistering weekend charges. If he’s comfortable with his game, it will show with his score on Thursday. If he’s well off the pace, the rest of the way will be all about playing for pride.

A hunch is that the winner will probably come from outside the usual suspects. Certainly, it’s been a while since we’ve had a major champion from left field. 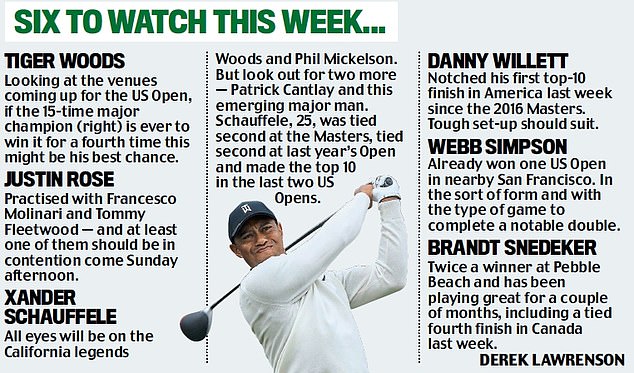 Here, you’ve got a test so brutal and cruel, the winner will need more than a share of good fortune. The greens will dry out and the poa grass will become bumpy by the afternoon to add another layer of unpredictability. The only thing for sure is that you will enjoy the view. Never mind if you’re not a golfer — simply watch and gawp open-mouthed at the pictures of the holes that run alongside the Pacific Ocean and make up a venue beyond comparison with any other in major sport.

The last time it was staged here in 2010, it was cold and foggy and that diminished the pleasure. This time, we’re promised cool temperatures but plenty of sunshine and no rain. The perfect forecast for the perfect venue.

Now we wait to discover the man who will be able to make a cherished proclamation for the rest of his days — he won the US Open at wondrous Pebble Beach.