By Paul Newman for the Daily Mail

There was the return to his talismanic best of Ben Stokes and an opening spell from Jofra Archer that confirmed him as a once-in-a-generation cricketer.

But, almost overlooked amid the excitement of England’s World Cup opener was one of their best fielding displays. 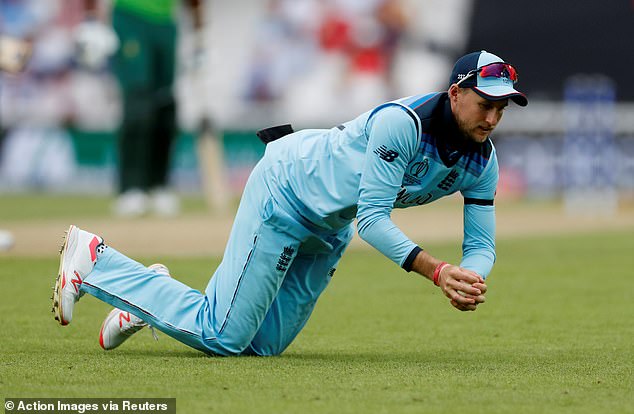 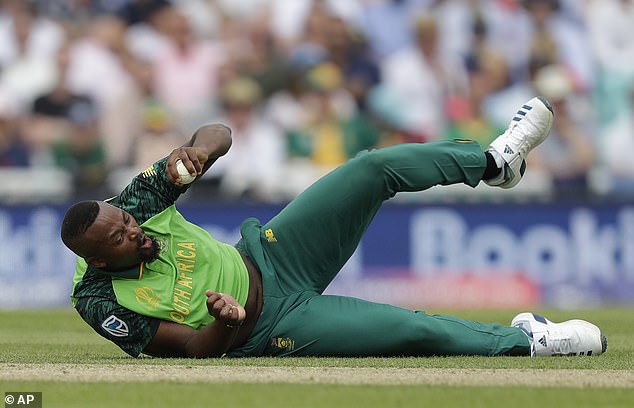 Together with 30 saved by South Africa they are among the best collective numbers in the four years the method has been used in conjunction with CricViz.

Central to that was not only Stokes’ wonder catch to send back Andile Phelukwayo but the performance of Jason Roy, who added to his half-century with a faultless display in the pivotal position of backward point.

‘It all gets logged and our analyst told us it was our best fielding performance,’ said Roy, as England enjoyed a day off before heading to Nottingham to take on Pakistan at Trent Bridge on Monday. ‘As a collective it was very good.’

Roy was actually exaggerating. England’s highest under the system came when they recorded a plus 51 against New Zealand last year but The Oval crowd certainly saw them at their best —to the delight of coach Trevor Bayliss who makes athletic fielding a priority.

‘We pride ourselves on our fielding but we have been disappointed with it quite a lot over the last year, said Roy.

‘We’ve been incredible with bat and ball but our fielding has sometimes let us down. This time the boys turned up and showed what we are about on the big stage so we’re very proud.’ 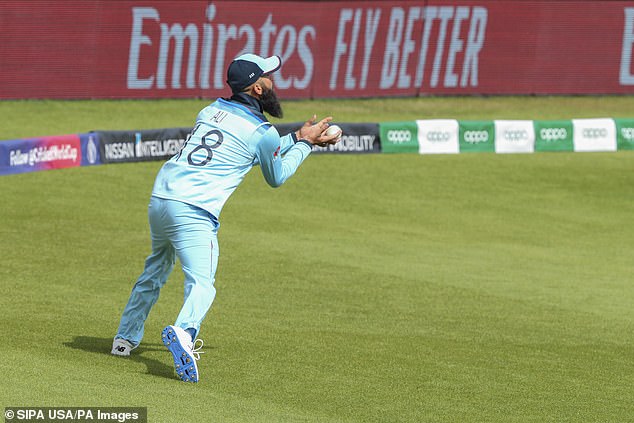 GREATEST CATCH OF ALL TIME? OUR EXPERTS HAVE THEIR SAY

It has to be another Ben Stokes effort for me. The Ashes, Trent Bridge 2015. Brilliant bowling from Stuart Broad and Stokes takes off in the gully to somehow catch Adam Voges with that claw he talked about on Thursday.

The crowd were amazing, Broad’s reaction was priceless and the commentary from Bumble was as good as it gets. 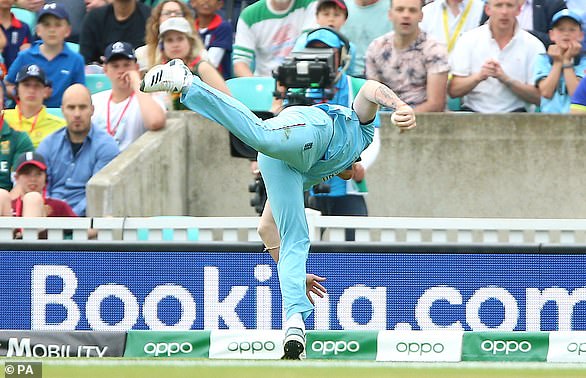 I love these modern ‘team-work’ catches with players working together on the boundary — Jason Roy has pulled off a couple of stunning ones — but my favourite catch comes from the World Cup of 2007.

There was a lad playing for Bermuda called Dwayne Leverock who, did not exactly fit the bill of the modern athletic cricketer.

But he was athletic enough when he took off to claim a sensational slip catch off India’s Robin Uthappa. I was commentating and I think I said “he’s taken off like a gazelle”. He did too.

I’ve still not seen a better catch than the one taken by James Kirtley in a one-day international against India at Lord’s in 2002.

Sourav Ganguly launched Ashley Giles towards wide long-on, only for Kirtley to run at full pelt to his left, dive at full stretch and catch the ball an inch or two above the turf. It had everything: awareness, athleticism and judgment. 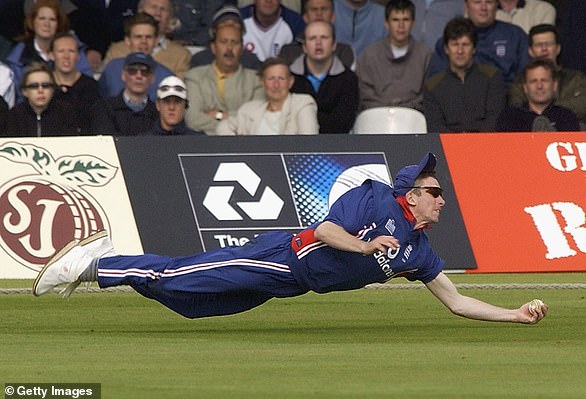 Derek Pringle was a big man and not always the quickest but he managed to silence some boisterous Lancashire fans with a sensational catch in the Sunday league at Old Trafford in 1989.

He sprinted around the outfield like Usain Bolt before diving to catch Warren Hegg. That silence was golden to this young Essex fan…

The index is a fascinating if subjective way of looking at fielding, which rates the degree of difficulty in every catch and stop. For instance Stokes extraordinary, one-handed boundary catch was considered at no higher than five per cent possible while the simplest of catches are 95 per cent certain.

Roy featured the most of any England player in the analysis of their 104-run win and takes as much pride in fielding as he does the batting, which sees him in the form of his life at the best possible time. 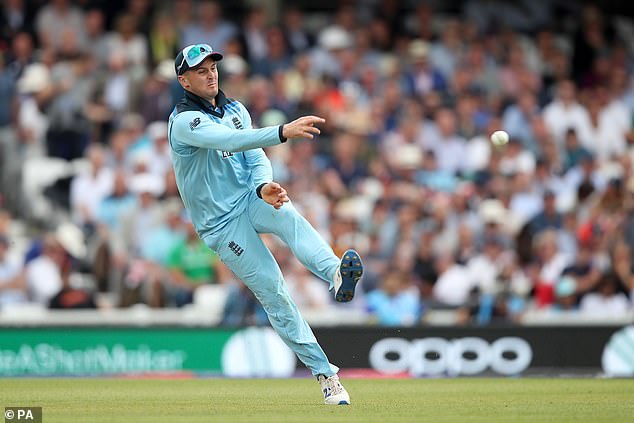 ‘There’s a buzz when you stop one because if you’ve saved a run and then the guy kept on strike is out next ball you feel as though you’ve played a part in it. I got a 50 and I would like to have gone on but if I’ve saved 20 in the field I’ve made a 70-run contribution. I don’t bowl so it adds to my performance.’

South Africa produced a tactical surprise at the start of the tournament when Imran Tahir opened the bowling and dismissed Jonny Bairstow first ball, even though it was a move made mainly with Roy in mind as he prefers pace on the ball.

The Surrey man knows the move is likely to be repeated now but he believes he can use it to his advantage. ‘I saw Quinton de Kock turn round and ask for a helmet and I thought ‘surely you’re not going to stand up to Rabada’?’ added Roy.

‘But if that’s going to be a ploy then I think it will provide boundary options because there are more of them off a spinner than a seamer.’

The ICC have played down concerns about zing bails after Adil Rashid was denied the wicket of South Africa’s Quinton de Kock on Thursday.

Rashid brushed De Kock’s off stump, which lit up along with the bails that illuminate when both ends come out of their grooves.

Ben Stokes said it had also happened at the recent IPL and the ICC admit the plastic bails are fractionally heavier than wooden ones.

But they are also lighter than the bails used in windy conditions and a spokesman said: ‘The bails have often moved before without dislodging. It’s just more obvious with the lights on.’

Such is the ICC’s obsession with non-tournament sponsors that white seats that spell out OCS at The Oval have been moved. Tape has even been placed over sponsors’ names in lifts at the Ageas Bowl.