Joshua will be putting his titles on the line against Ruiz, who stepped in as a replacement for Jarrell Miller after ‘Big Baby’ failed a drugs test. 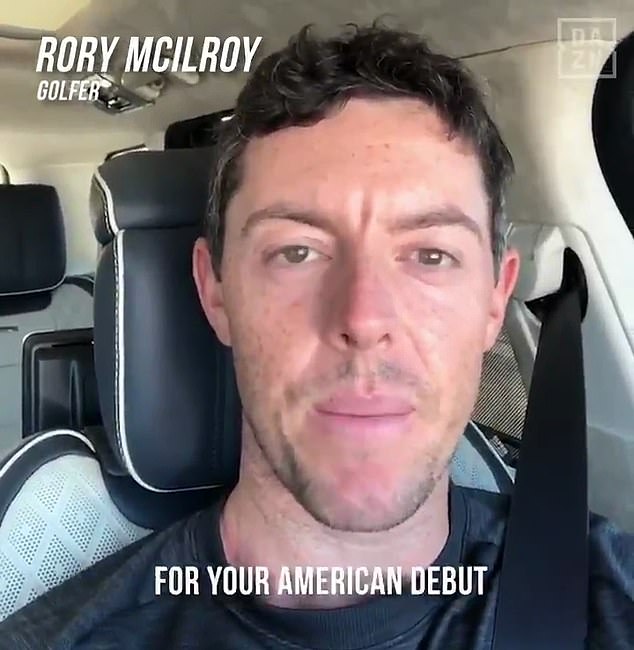 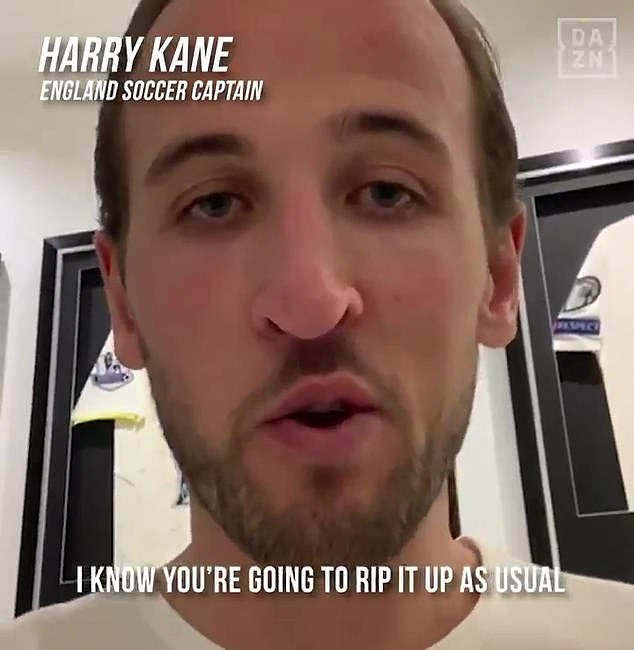 Kane, who himself is preparing for Saturday’s Champions League final, said: ‘Hey AJ how are you doing mate I know you are going to rip it up as usual so all the best and good luck.’

England Test cricket captain Root also added his wishes, saying: ‘Just wanted to wish you all the very the best of luck at Madison Square Garden – what a place to retain the belt, bring it home.’ 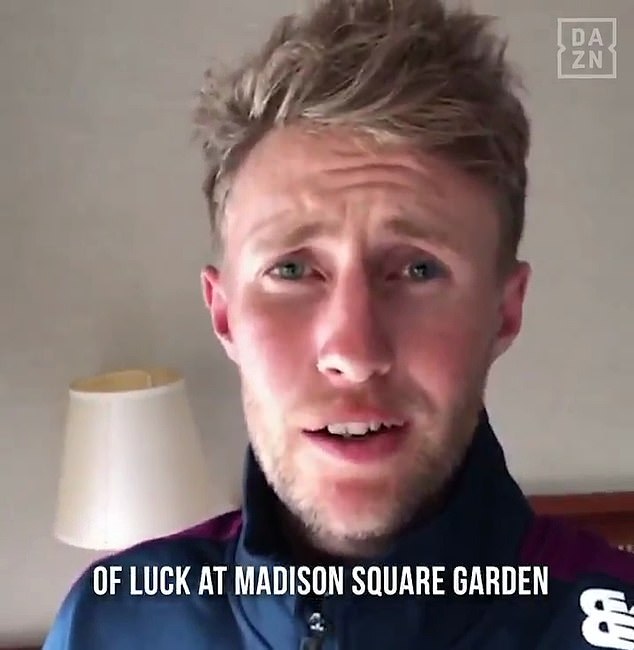 McIlroy was another athlete to record a message, and said: ‘Just wanted to wish you all the best for your American debut, can’t wait for you to get another win on your record and can’t wait to see you go on to bigger and better things.’

Sheeran also said: ‘Hey AJ, good luck with the fight we are all very proud of you back here and you’re going to win so good luck!’ 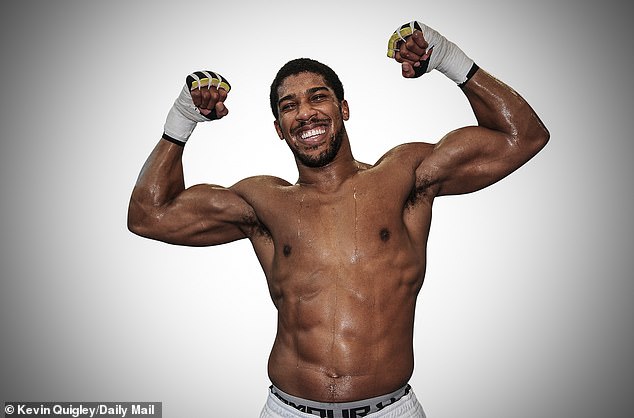 Joshua will be defending his WBO, WBA and IBF heavyweight titles against Andy Ruiz Jr

Joshua himself has reflected on the similar paths taken by both fighters, having previously fought at the 2011 world championships.

‘We were at the world championships in Baku in 2011,’ Joshua said. ‘He knows a lot about me and I do him. He turned pro a year after when I started boxing so he has been around a long time and knows his craft. I know a lot about Ruiz.

‘You had Wilder-(Dominic) Breazeale, you’ve got the Fury-(Tom) Schwarz fight after; you’ve got me in the middle. It’s all about what’s next.

‘Even though it’s not the fight of the century or the mega fights, the possibilities keep me motivated.’

Birmingham 0-1 Bolton: Callum Connolly makes the most of lenient refereeing...