By Mike Dickson for MailOnline

Kyle Edmund will walk the tightrope on Tuesday after his pulsating French Open first round was dramatically suspended on Monday night when locked in a nerve shredding deciding set.

The match against Frenchman Jeremy Chardy was called off at 9.22pm for bad light amid a cacophony of booing level at 7-6, 5-7, 6-4, 4-6, 5-5, with three hours and 55 minutes of gruelling combat having already played out on the clay.

There had been nothing to separate the Yorkshireman from the world number 40 on the court known as the Bullring, which throbbed to a partisan atmosphere in the gathering gloom. 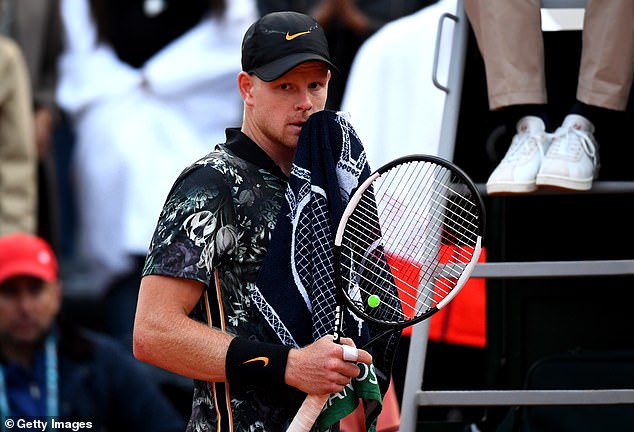 Edmund might have got the job done earlier if he had taken the points he had for 5-2 in the second set, and his currently thin reservoir of confidence is bound to be tested on Tuesday upon the resumption. Uniquely now, there is no fifth set tiebreak here.

He is attempting to join Jo Konta in the second round after his GB female counterpart Jo Konta had earlier broken her duck in the Roland Garros main draw.

After four straight first round losses she overcome the rangy German qualifier Antonia Lottner 6-4 6-4, capitalising on the form that took her to the Italian Open final barely a week ago.

She has sometimes felt too much has been made of her past defeats here, and said later: ‘I think it was a bigger deal to you guys than it was to me, to be honest. It’s nice to have won a main-draw match here but I didn’t really look at it too much like that.’

Serena Williams is also into round two, having walked onto the court on Monday wearing a superhero cape emblazoned with the words (in French) ‘mother, champion, queen, goddess’. Underneath it was an outfit featuring black and white zebra stripes. 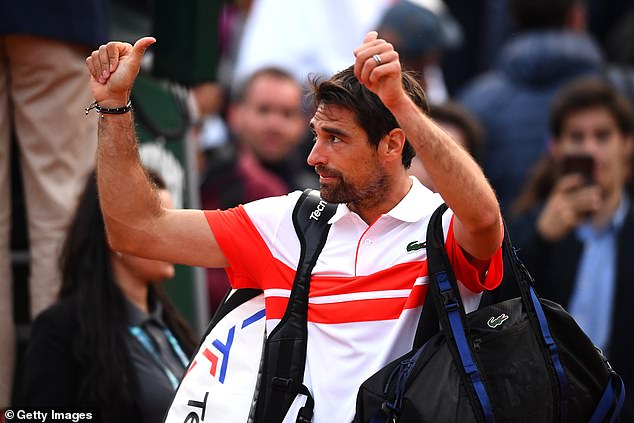 The match against Frenchman Jeremy Chardy was called off at 9.22pm for bad light

Initially her tennis was contrastingly modest, as she began with hopeless inconsistency against Russian outsider Vitalia Diatchenko before recovering to win 2-6 6-1 6-0.

Afterwards she faced awkward questions about her sponsor Nike’s attitude towards pregnant athletes, with the likes of Alyson Felix and Jo Pavey having complained that their contracts with the apparel giant were frozen when they were expecting a child.

‘I understand that Nike has been really lately supporting women a lot, and it started with making a statement with me,’ said Williams, an outspoken support of parent athletes, but one who also looks after her corporate backers.

‘They want to support women that want to have families and that want to be moms. I’m glad that statement was made, and I know that going forward, they’re doing better. It’s about learning from mistakes and doing better.

‘I believe that in the past people didn’t perceive women athletes and having babies at the same time that they can still be athletes. As the world changes, people realise that we have to change our policies.’

Williams added that she had contemplated not playing the event at all after recent knee injuries. She now meets Japan’s Kurumi Nara or Dalila Jakupovic. 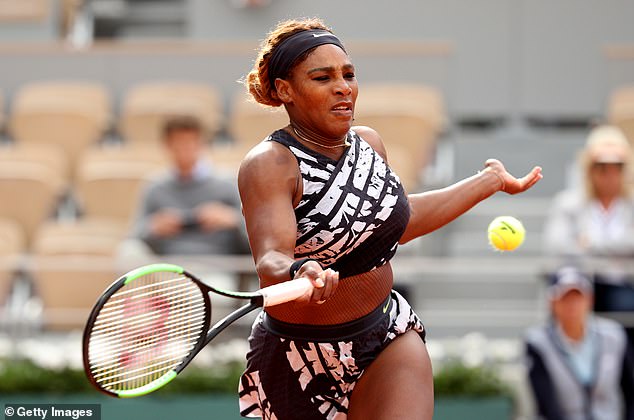 Borussia Dortmund insist starlet Jadon Sancho is not up for sale