‘This is the start of an amazing journey for him, I just hope it’s with us’: Former Derby captain Michael Johnson believes Frank Lampard is on brink of greatness with Rams

Former Derby captain Michael Johnson believes manager Frank Lampard is on the brink of greatness at the Rams.

Lampard has been linked with former club Chelsea if the Blues axe Maurizio Sarri after Wednesday’s Europa League final against Arsenal. 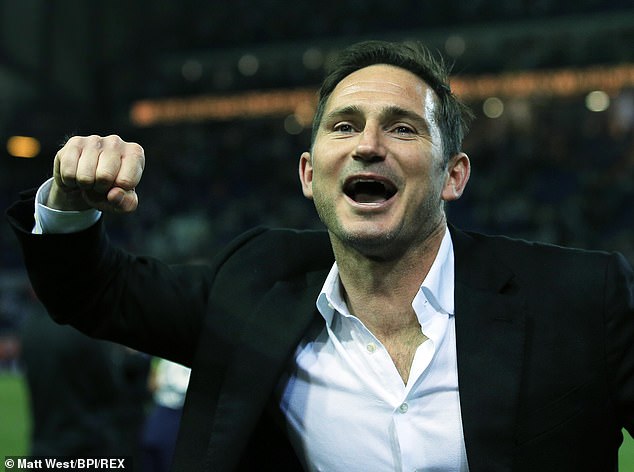 Frank Lampard could acheive special things at Derby, according to Michael Johnson

In his first season as a manager he has taken Derby to Monday’s Sky Bet Championship play-off final against Aston Villa.

But ahead of the £170million showdown at Wembley, Derby ambassador Johnson feels Lampard could create a legacy at Pride Park.

‘For us, and I know there are rumours, but if we had the manager for year two I think anything is possible,’ he said.

‘This is the start of an amazing journey for him, I just hope it’s with us. Frank has been brilliant. 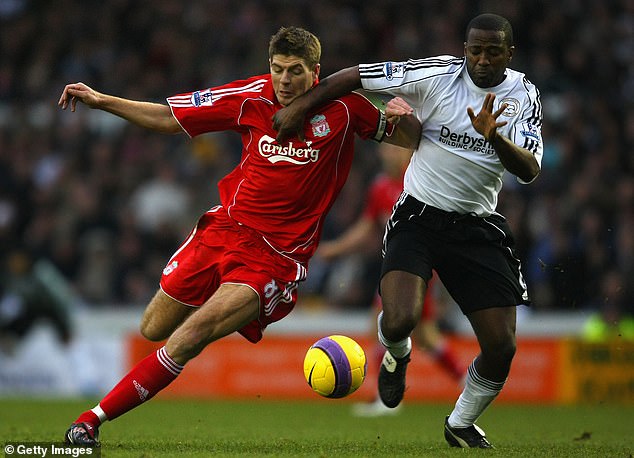 ‘Regardless of what happens it’s a great achievement for the club to be where it is. We hope now we can climb this last step.’

Guyana boss Johnson is preparing for the Gold Cup in America next month but will be at Wembley having been in the last squad to help Derby to promotion in 2007.

The 45-year-old missed the play-offs due to injury but played 29 times as club captain that season.

He also won promotion to the Premier League in 2002 when Birmingham beat Norwich 4-2 on penalties.

‘Memories of play-offs for me are amazing,’ he said. ‘I had four or five attempts with Birmingham before we eventually got up and then again with Derby in 2007.

‘It’s all about the emotion of the game and who handles it. It’s a long season, the mind games have started to be played but they all know the enormity of the occasion.

‘They all know the finance of the occasion and what it means – whether the club will need to make cuts or not. Everyone knows what it means to a city.

‘Whoever handles it better runs out victors on the day.’