‘So where’s the new kit?’: Roma release new home shirt with lightning bolts on the collar… but fans left unimpressed as they complain it is not different enough to this season’s

It is that time of year where new kits are released and inevitably, fans are less than impressed with the final product.

Roma were the latest to face the wrath of their supporters after their lightning bolt 2019-20 kit was met with critique from fans due to its similarities to the current shirt.

The new home shirt, which features a lightning bolt on the collar an on the base of the sleeves, represents a minor tweak to the shirt worn by Claudio Ranieri’s players this term. 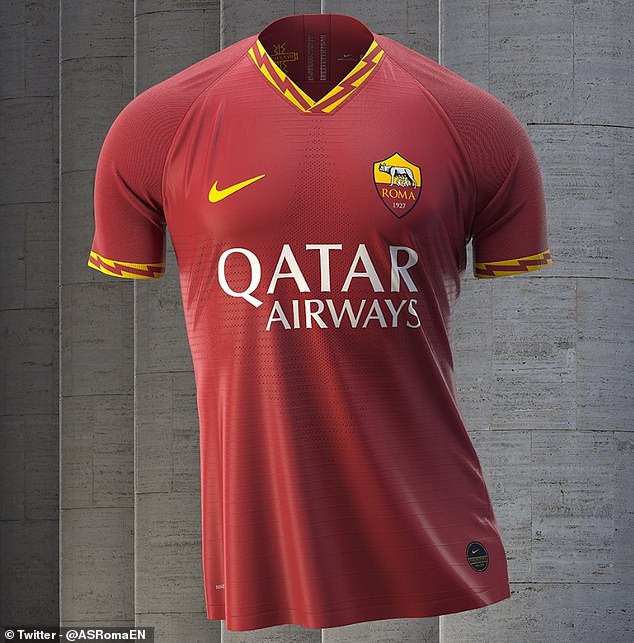 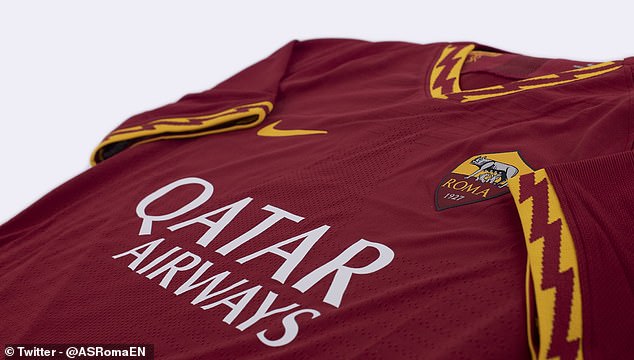 The kit features lighting bolts on the collar, both ends of the sleeves and on the club socks

‘Every year it looks the same,’ said another, while others simply joked that they were waiting to see the ‘new’ kit, in reference to the similarity to the latest design.

One of the most angry responses saw a supporter liken the shirt to an outfit from hit film franchise Harry Potter. 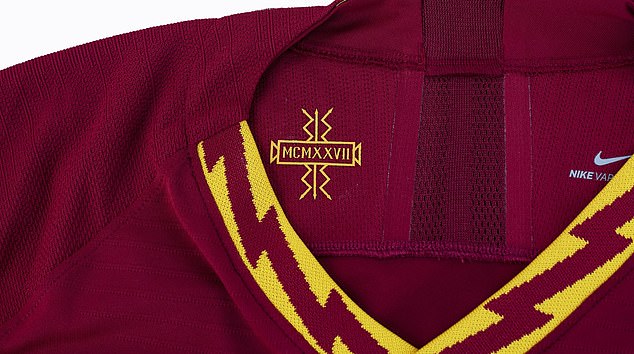 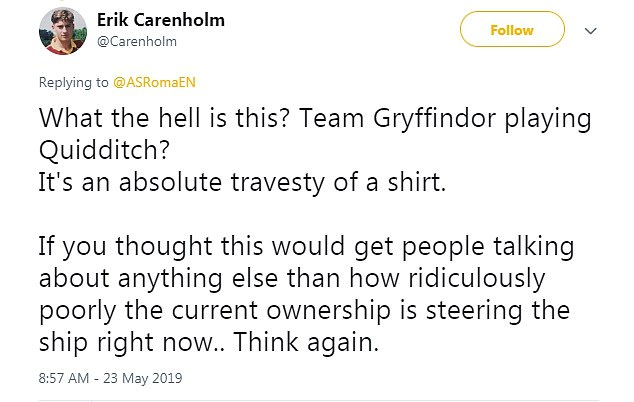 They wrote: ‘What the hell is this? Team Gryffindor playing Quidditch? It’s an absolute travesty of a shirt.

‘If you thought this would get people talking about anything else than how ridiculously poorly the current ownership is steering the ship right now.. Think again.’

The lightning bolt appeared to be a masterstroke given it is a nod to the club’s Roman history.

It is said to be associated with the Roman ‘God of the Sky’ and has been a hit with non-Roma fans for its sleek finish.

The bolts are also a nod to Roma’s historical nickname La Magica with the shirt to be worn by both the men’s and women’s team.

‘Every year it looks the same,’ added another fan, as Roma faced a backlash on social media 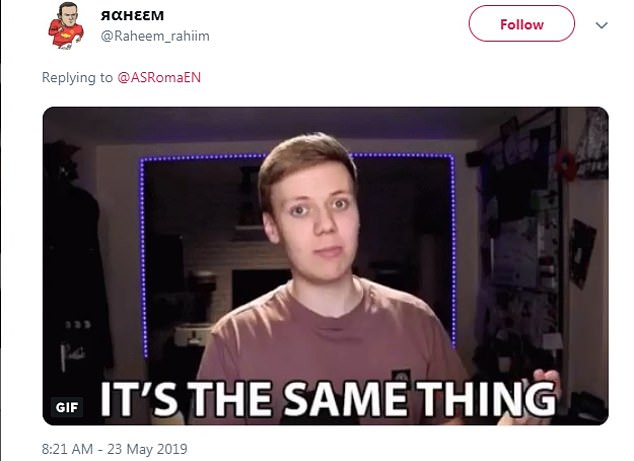 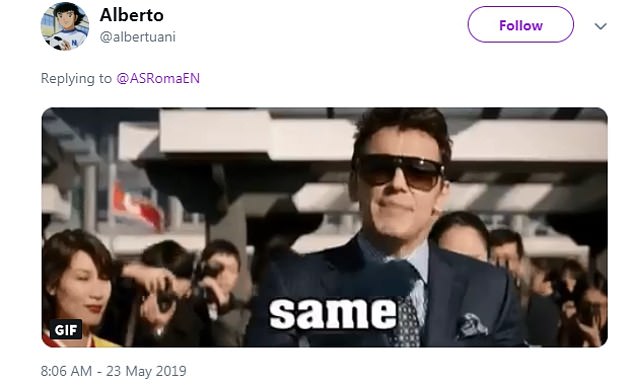 But for fans of the Serie A side, the mocking GIFs soon began to roll in as humour replaced anger.

‘It’s the same thing,’ was one version that became popular with supporters.

Roma enter the final weekend of the domestic season in Italy sat sixth. But they still retain an outside bet for the top four if both Milan clubs slip up.

As it stands the club will be entering the Europa League qualifiers and that will do little to boost the popularity of a shirt already dividing the fan-base.

Egypt 1-0 Zimbabwe: Trezeguet nets winner as hosts get off to...